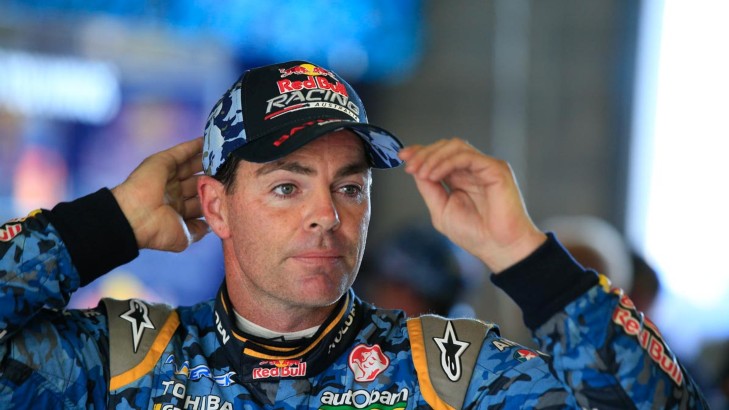 Craig Lowndes is "delighted" to start from sixth position on the grid for tomorrow's Bathurst 1000 after putting in a conservative lap in the ARMOR ALL Top 10 Shootout.

Lowndes assured v8supercars.com.au his Red Bull Holden Commodore was fine, despite hurried repairs from the team after being involved in a huge accident in the day's morning practice session.

"The car's fine - no vibrations, no nothing else, it was actually nice to drive," Lowndes said after the shootout, which young Kiwi Shane van Gisbergen topped.

"It was more me doing a conservative lap, me making sure we didn't have to repair again.

"So there's definitely more in it -but ... the guys said just go out there, if you can feel something that's not normal or strange, just bring it home. So with that in mind, went through turn one, got a good run, went though turn two up around the Cutting - the car actually felt really good, but I just didn't want to step over the line or step over the mark to injure the car or run it up against the wall.

"The guys, as I said, have been working pretty hard and they're quite tired now so the last thing we need is another repair job.

Starting from sixth is no drama for Lowndes, who paired with Steven Richards, is one of the top contenders to take out tomorrow's race.

"I think we've been on the third row, fifth and sixth for the last five or six years, so it's a good number for us.I'm not superstitious, but we've started there in the past.

Click here for full results from the ARMOR ALL Top 10 Shootout.

The V8 Supercars will be on track tomorrow morning for one final 20-minute warm-up before The Great Race begins at 10.30am local time.