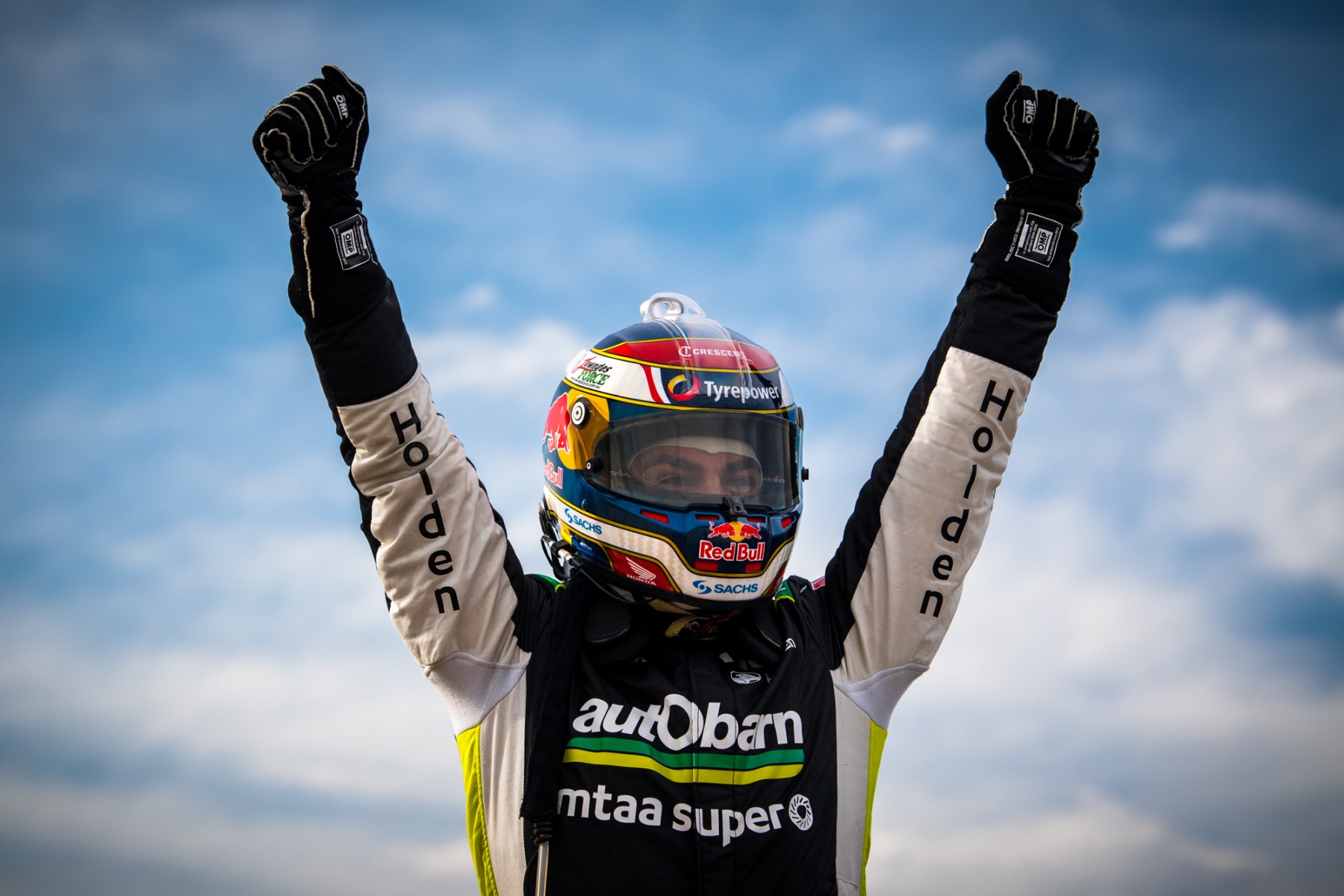 Craig Lowndes' key Supercars rivals say they are “shocked” and “surprised” by his decision to retire from full-time competition at the end of 2018.

The three-time champion dropped the bombshell this morning in Townsville, but will remain with Triple Eight as a co-driver beyond this year.

Lowndes made his full-time debut in 1996, only missing one season since, and became the first Supercars driver to reach 650 starts at Winton in May.

The man he fought and ultimately lost out to in the 2006 title battle, Rick Kelly believes Lowndes is stepping back too early.

“I’m taken by surprise a little bit, and quite saddened by it,” Nissan driver Kelly said.

“Craig and I have had some great battles over time and obviously a couple of clashes as well, but I thought he’s got a little bit more left in the tank.

“It doesn’t feel quite right to me, because he’s been there the entire time I’ve been a driver and obviously a fair bit before as well.

“I started my career at HRT and before I drove I used to unpack the Craig Lowndes hats and put them on a shelf in merchandise and they used to sell more than I could unpack in one go.

“It’s sad, he’s such a massive part of our sport, he’s done so much for it and created a household name for him and dragged the sport along with him.

“I’d like to see him stay for a little longer than what we’ve heard today. It’s quite sad, I reckon.”

Lowndes has bounced back well in 2018 from a winless ’17 season, taking a victory at Symmons Plains and currently sitting fourth in the standings.

“It’s going to be a special time, the next six months as we go to all of the tracks for his last time as a full-time driver,” Kelly added.

“I feel like he’s got a little more left in the tank, he’s won recently and is still driving quite well.

“It’s a credit to him, I think, to step down while he’s still very, very competitive. I’d loved to have raced against him for a couple more years yet.”

Tickford Racing’s Mark Winterbottom noted “it’s always a bit of a shock when you lose someone like that” and that Lowndes is going out as a competitive force.

While Scott McLaughlin grew up as a Greg Murphy fan, he “feels privileged to have been able to race door-to-door with” Lowndes.

Sad to hear @craiglowndes888 is retiring from Full-Time Supercars racing. Feel very grateful to have raced hard against a modern day legend. All the best on your new chapter mate! One of my favourite photos from my time as a supercars driver! #VASC pic.twitter.com/oCmqwCwVin

“Growing up, Lowndes, Murph, all those guys were the backbone of our sport,” he said.

“Even for myself coming up through the ranks I remember when I was eight years old, Lowndes and all of those guys always had great support for us and were always nice to us.

“You remember that and then you come up and you’re privileged to race a guy like that.”

Lowndes’ retirement is set to leave Garth Tander as the oldest full-time driver on the grid in 2019.

Tander has spent much of the last two decades racing against Lowndes, since making his debut in 1998 with Garry Rogers Motorsport.

While Tander said the announcement was “a bit of a shock”, the 2007 champion acknowledged Lowndes’ off-track workload.

“He’s having the best year he’s had in the last three or four,” Tander said.

“I can see why [he’s retiring], trying to go out on a high and no-one in pitlane works harder than Lowndsey with sponsors and fans.

“It’s a grind, it’s 20-odd years he’s been doing it, so I can understand fully. He’s probably still enjoying the driving stuff but it’s the peripheral stuff that gets you.”

Tander said he and Lowndes had bonded as two of the elder statesmen in Supercars in recent years, and even discussed who would retire first.

“When you race someone for that long, 20 years, you think ‘geez, we have had some massive battles’,” he added.

“Certainly as we’ve become the two old blokes in the category, we’ve had a lot of light-hearted jokes together.

“We’ve both been talking to each other for the last 18 months or whatever about who’s going to retire first, because it sort of leaves the other bloke out there. Now he’s going, it leaves me as the oldest bloke.

“In Newcastle at the end of the year I’ll go up and shake his hand, punch him in the gut and tell him I’m going to beat him one last time!”