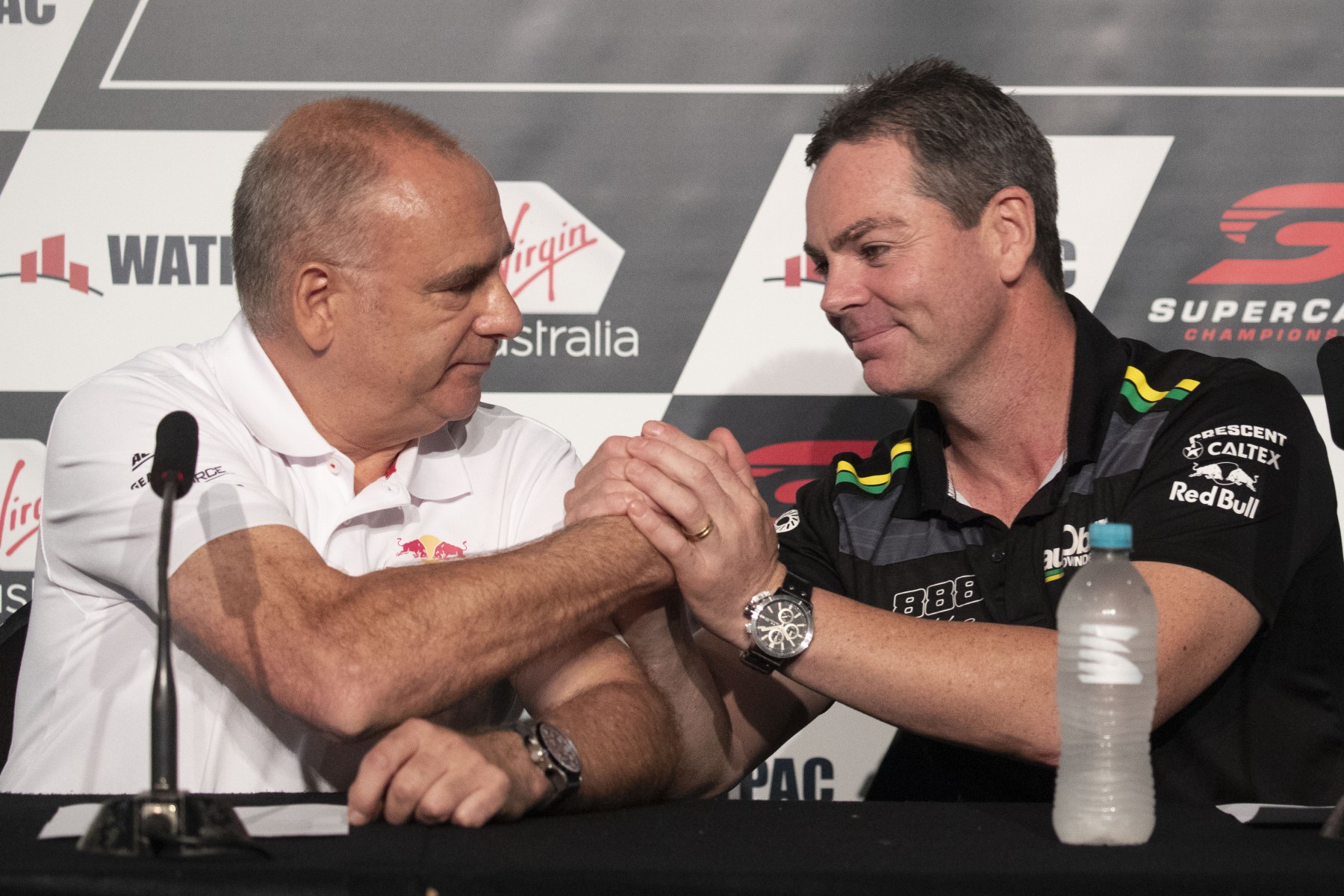 After more than six months of ‘frank chats’ with Triple Eight boss Roland Dane, Craig Lowndes said it was a relief to publicly announce plans to retire at the end of 2018.

Although in the first year of his latest two-year contract with Triple Eight, Lowndes and Dane confirmed this morning that the veteran will revert to co-driving duties next season.

Lowndes held back tears as he delivered the news to the media at the Townsville circuit this morning. 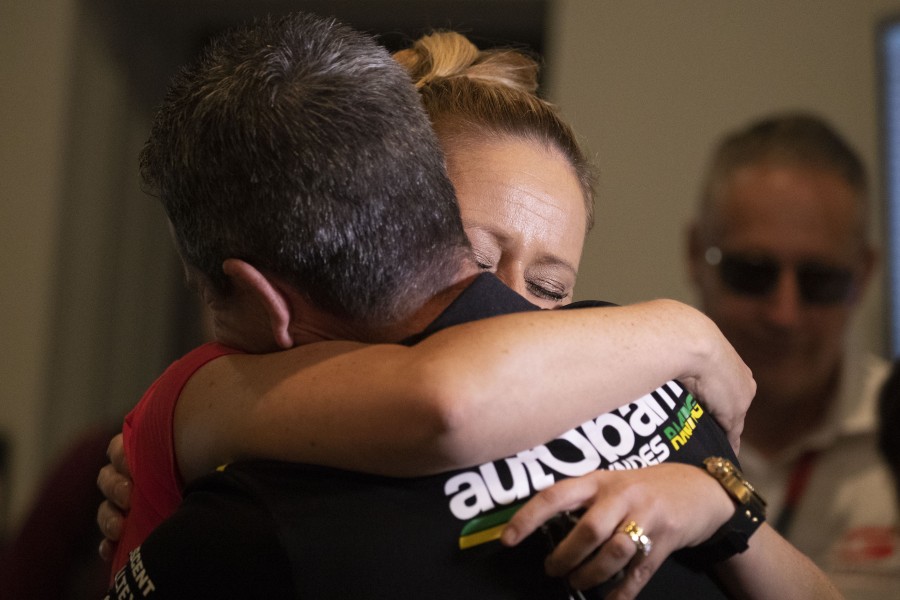 “Relieved, to be honest,” he said when asked how he felt to have the news out.

“Obviously for us it’s timely to be able to get this out, to be able to spend the next six months enjoying what is Supercars and where we go and what we do.

“Once both Roland and I made that decision about stepping down and retiring from full-time driving, we wanted to get it out earlier rather than later, so we can all get organised for next year.”

The prospect of Lowndes stepping back a year early has been mooted over the last 18 months, gaining traction during his horror 2017 season, in which he went winless for the first time since ’04.

Critics have been largely silenced, however, by the veteran’s strong start to 2018, which included a pole and a win at Symmons Plains, and leaves him fourth in points.

Lowndes stressed the final decision was a joint one between himself and Dane, emphasising the importance of going out on a high.

“To be honest, Roland and I have had pretty frank chats over the last sort of six to eight months,” he said.

“Roland and I have spoken pretty candidly and frankly about finishing my time in the car on a high and, as I said, we’ve still got a contract for another 18 months, but this is the year.

“We’re having a stellar year, we’ve had a pole position for the team, we’ve had a win, podiums, and we can probably like to think we can do it again next year, but who knows?

“We know that this is the right time for me.

“It was something that, a couple of weeks ago we sat down for our final meeting and basically came to the conclusion that we both think this is the right time for me to step down and to move on.”

Lowndes has been at Triple Eight since 2005, joining the team for its second full-time Supercars season.

Together, they have won five Bathurst 1000s and finished in the championship’s top four each year until 2017.

“Some of the team members have been there longer than I have, and to see what Triple Eight’s created, what we’ve been able to do as a collective team, has been fantastic,” he said.

“Triple Eight has always, and Roland has always, had that sense within the team, and to look at the faces of the time that we’ve spent in Triple Eight, they were very emotional.

“I saw some of the toughest people that we’ve got in our team tear up, so for me it’s great to be able to announce it.

“We can now hopefully put it behind us and get on with obviously the rest of this weekend, but beyond to 2018, and they’re as motivated as I am now to finish the season off on a high.”