An exclusive chat between Craig Lowndes and Neil Crompton on Inside Supercars revealed that the Red Bull racer - who cracked 'the ton' on the weekend and became the first driver to earn 100 V8 Supercar wins - was concerned about his future in the sport at the start of the 2015 season.

Lowndes is well in the Championship fight this year, second on the table just 95 points adrift of leader Mark Winterbottom, and well ahead of teammate and defending Champion Jamie Whincup, who sits eighth and 286 points from the lead.

But Crompton revealed he and Lowndes had spoken openly about Lowndes' future at the Clipsal 500, when news of Shane van Gisbergen entering Triple Eight for 2016 posed some major question marks for Lowndes.

Lowndes also told v8supercars.com.au at the Clipsal 500 that crucial meetings in the weeks following would determine his future - but just days later he had been contracted for a further two years with the benchmark team in the V8 Supercars Championship. The announcement confirmed the team would expand to three cars,and made van Gisbergen's move public.

"I remember... talking about what else is in this industry," Lowndes said on Inside Supercars.

"Obviously all drivers would like a 10-year contract because they want security. that's good when you're 20, when you're 41 now it is almost year to year. So to have a two-year contract with Roland [Dane] and the team I think is fantastic for me.

"Who knows how long I'm going to drive, there's two elements I've always said the enjoyment, and obviously, being competitive.

"But to have Grant [McPherson, engineer] come on, be competitive again, be up the front - I think it's hopefully given me a bit more longevity in the sport."

McPherson spent the last eight years with Prodrive/FPR, but seems to have reinvigorated Lowndes' love for V8 Supercars, with the 41-year old a real threat for the title this year. 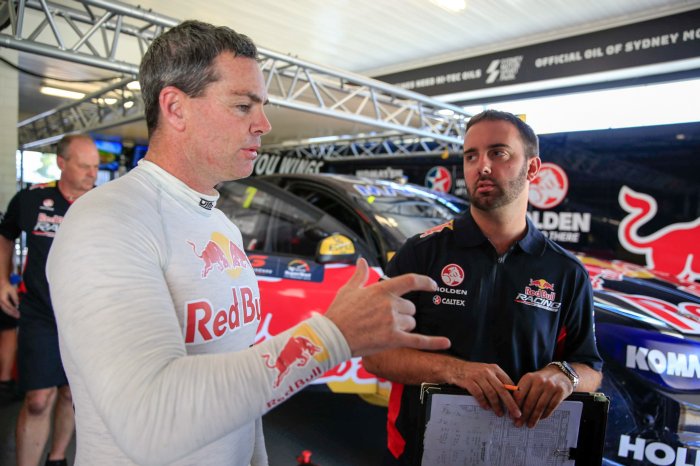 "Grant's come on, he's sort of slipped into the role very quickly very easily, and he does think about the car differently, but also helps me.

"I think he's given me a new lease on life - I can think about the car a different way, we're looking for different things, but it also helps me drive the way I drive."

Lowndes reflected on the early days of his career - including his first Bathurst 1000, driving with Brad Jones and taking second place behind Dick Johnson and John Bowe - and his rise in the sport.

"I think I struggled in '94, there's no question about it.

"I went to Bathurst, the biggest race of my life, and was trying to get the head around the track, the car, the team - driving with Brad Jones is always pretty hard to get your head around - but it was a massive, steep incline for me to learn everything, all those elements.

"[Peter] Brock was a huge part of that - to get to know everything, how to flow the car, when to brake, where to position it - and it's something that still serves me well today."

Lowndes hoped Brock would have been proud of his milestone achieved on the weekend, and expressed just how influential the motorsport great had been throughout his career.

"He was a big part and not only in motor racing ... he was a big influence.

"I remember sitting down and when I was crossing over to the dark side, moving to Ford - I actually went and sat with him said, 'what am i going to expect, you've done it'. He was a great sounding board and ... to lose him at such an early age, I think everyone still feels it."

Lowndes was just 21 when he clinched a full-time seat in the V8 Supercars/Australian Touring Car Championship, and still feels he was lucky to have had that chance. 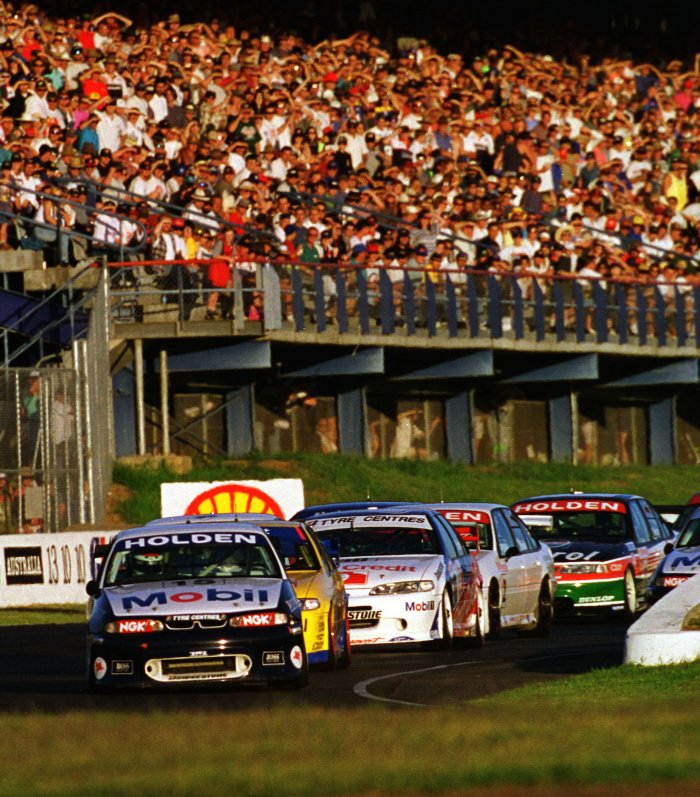 "[In] '96 I got my first opportunity. HRT bit the bullet - I know that the sponsors at the time weren't keen to put a young kid in the car - but they gave me an opportunity and we hit the race track at Eastern Creek, we won it.

"John Bowe was blown away, Wayne Gardner said before the start I'd never win a race let alone a Championship - so it's one of those things you just don't know where you're going to end up. And to be here now is quite incredible."

Lowndes knows he is closer to the end of his racing career than the start of it and looks forward to getting to enjoy his achievements in the future. He reflected on his standout performances with v8supercars.com.au recently.

"There's no doubt that there will be a point you have to say, alright, stop, get out of the car, let someone else fill the seat, and look at what you [Crompton] do, Skaifey [Mark Skaife, also on the TV broadcast] does, everyone else does in our industry - take a step back and enjoy it."

But for now, there's a Championship to be won - and he's all in.