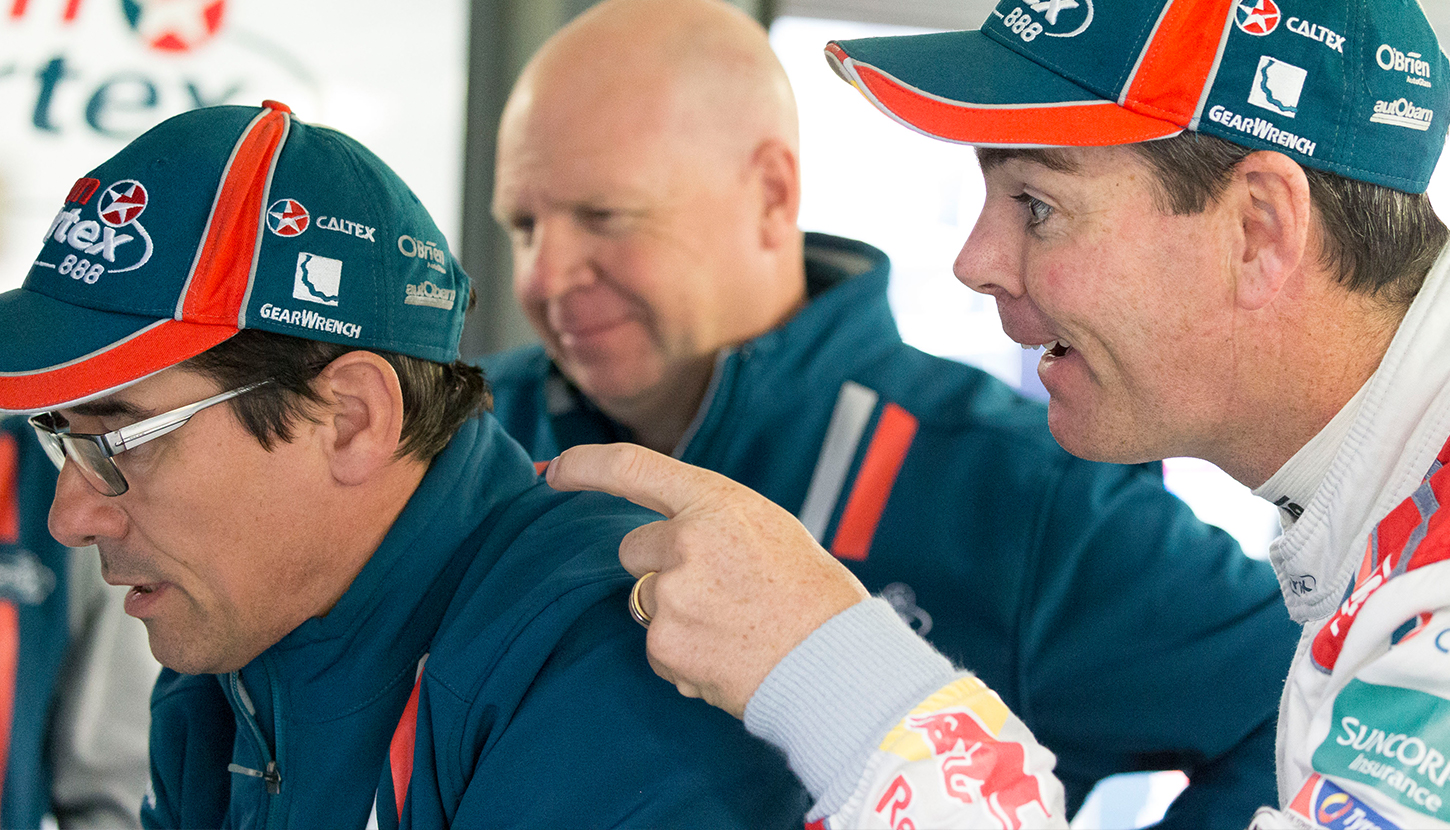 A 17-year veteran of Triple Eight, Lacroix’s move to Penske sees him in the dual roles of competition director and race engineer for big name signing Scott McLaughlin.

Lacroix had worked on Lowndes’ car last year until being put on gardening leave in November when news of his impending move to Penske broke.

“There’s a lot of pressure on him,” Lowndes told Supercars.com of Lacroix, who shared in six drivers’ championships and six Bathurst victories at Triple Eight.

“Everyone is saying he’s going to win them championships and give them fast cars.

“There’s a lot of pressure on his back because people are expecting them to make a big gain.

“But he’s just one person and he needs a whole team around him to make steps forward.

“Penske have gone down the road they have (with Lacroix) and they’re obviously hoping it pays off.”

Penske’s Fords scored two pole positions at last year’s Clipsal 500 Adelaide, but failed to chalk up a single win during a trying season.

While noting Lacroix’s legendary technical ability, Lowndes expects how the excitable Frenchman fits into the Australian/American Penske structure will be critical to the team’s fortunes.

“Probably the downside of Ludo is his communication,” explained Lowndes.

“Being French, they do think and talk a bit differently to what we do.

“Ludo is pretty intense and it comes down to managing the way Ludo operates and having people around him that he can work with.

“Like any industry or business, if you have a clash of personalities that’s going to be a detriment to the team.

“He’s got to fit into the team and the Penske philosophy and the way that they operate.

“I can’t see him coming in and just being able to run it completely his way. He’s going to have to fit in as much as anyone else.”

While Lacroix downplayed the controversy surrounding his move during an exclusive interview with Supercars.com, there remains plenty of needle between the teams heading into the Clipsal 500.

Triple Eight owner Roland Dane recently took a cheeky swipe at his former long-time ally during a team profile video for sponsor Caltex, where he was asked about the best advice he’d ever received.

“I’ve been given plenty of advice, but in the last couple of months I suppose... it’s never trust a Frenchman,” he said.

Check back to Supercars.com tomorrow for Part 2 of our extensive interview with Lacroix.