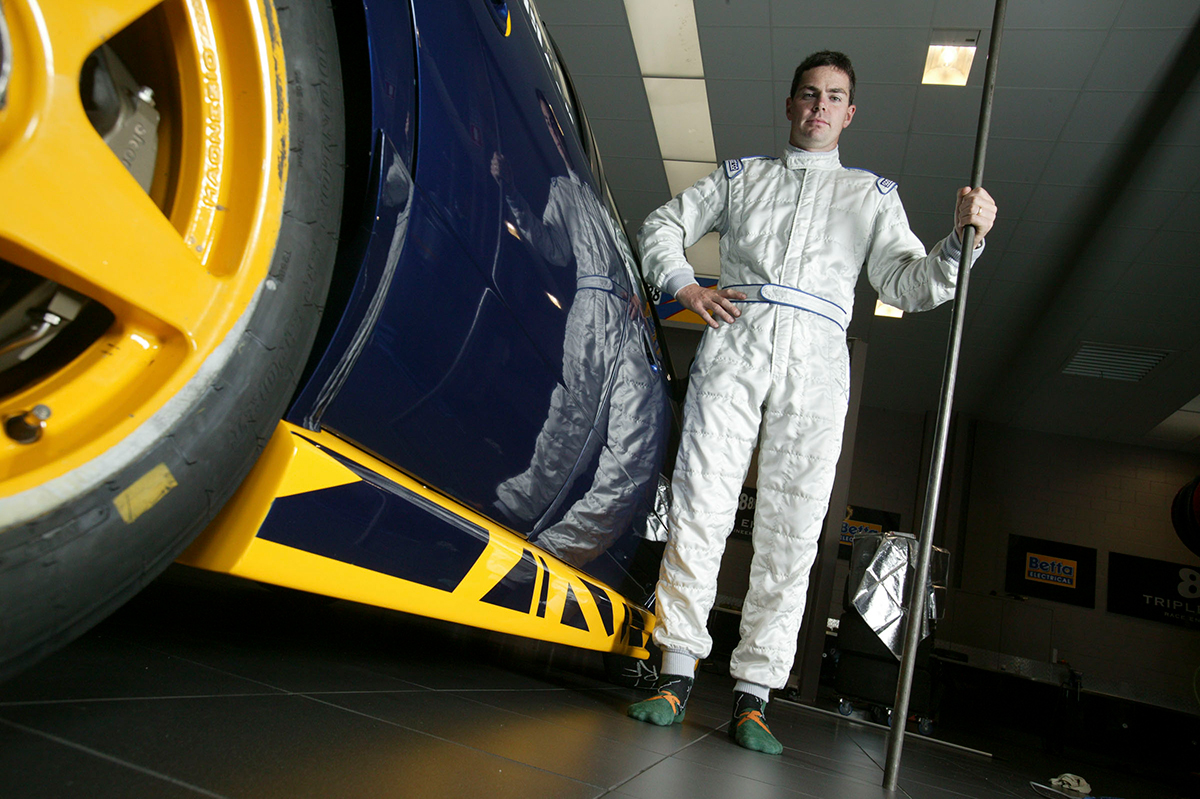 Craig Lowndes will reach a milestone no Supercars driver has achieved before when he competes at the 2019 Penrite Oil Sandown 500.

The multiple Bathurst 1000 and championship winner will become the first driver in Australian Touring Car Championship and Virgin Australia Supercars Championship history to make 200 round starts with a single team.

Triple Eight Race Engineering has been Lowndes' home since the start of the 2005 season, his tally with the Brisbane-based team comprising over a third of his career championship round starts.

After previously racing for the Holden Racing Team, Gibson Motor Sport/00 Motorsport and Ford Performance Racing, Lowndes' move to Triple Eight came as the squad looked to establish itself as a regular contender for race wins and championships. 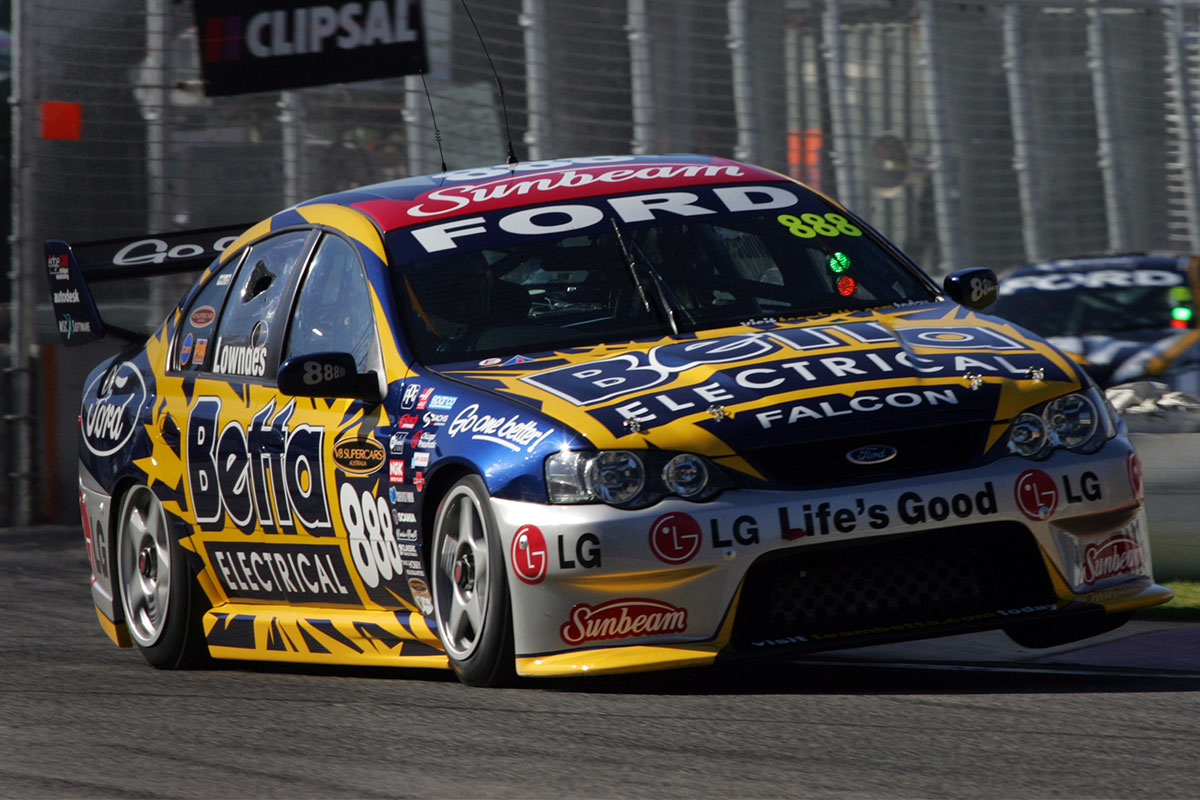 They achieved both in their first season together, Lowndes taking Triple Eight's first race victory at Eastern Creek and taking the championship fight all the way to the final round at Phillip Island.

The following year Lowndes paired with new teammate Jamie Whincup to secure Triple Eight's first victory in the Supercheap Auto Bathurst 1000, the second of his career and the first of six – so far – with the team, the most recent of which came in 2018.

Despite stepping back from full-time racing for the 2019 season Lowndes remained with Triple Eight as Whincup's co-driver for the PIRTEK Enduro Cup, the pair claiming their first race win together in a decade at last weekend's Vodafone Gold Coast 600.

In honour of the 200 round milestone, a limited edition collector's print by V8 Sleuth celebrating Lowndes' amazing achievement has been released. 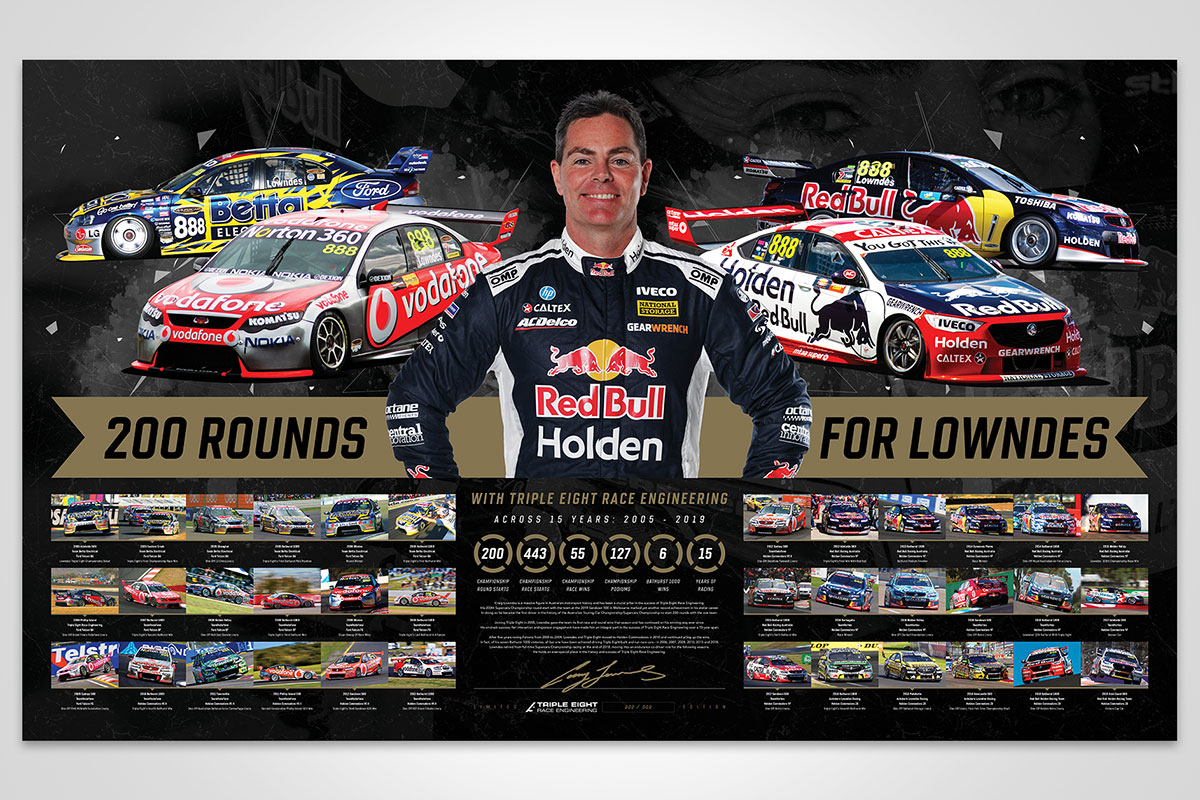 Available here to order, the mammoth print – measuring 1 metre wide – is endorsed by both Lowndes and Triple Eight and features spectacular imagery from across his 15 years with the team, including his six Mount Panorama triumphs driving for the Brisbane-based squad as well as every regular season and one-off livery his #888 car has carried.

Only a limited edition run of these prints will be produced, with each to be individually signed by Lowndes.