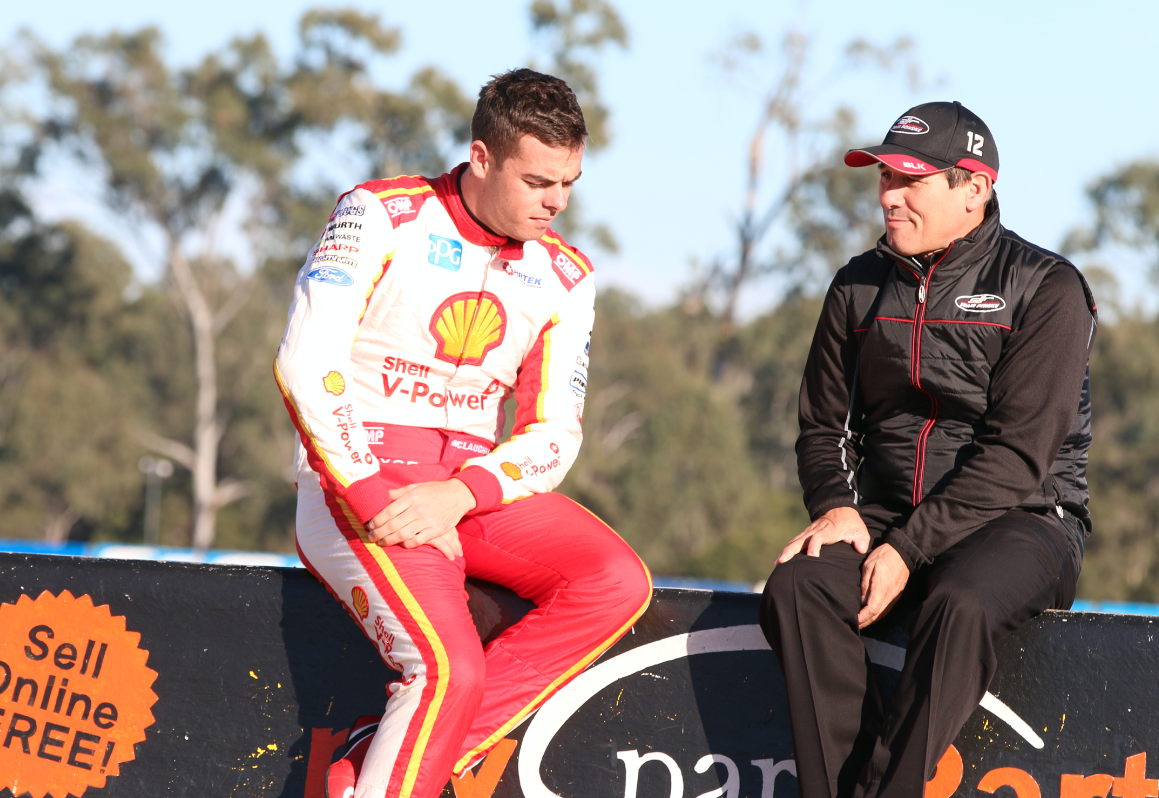 Speaking on Inside Supercars, Lowndes discussed how his engineer from last year has been able to make a bigger impression on McLaughlin in terms of car setup.

With the Kiwi securing nine pole positions this year and leading the championship, the new combination is asserting its speed advantage over the field.

Lowndes had endured an at times rocky relationship last year with Lacroix, who had returned to race engineering for the first time in 10 years as part of Triple Eight's expansion to three cars.

Quizzed by panellist Russell Ingall on whether McLaughlin’s open approach to working with Lacroix compared Lowndes’ experience and own ideas made the combination work better, Lowndes pointed to a wholesale change for the 24-year-old as a reason for the partnership’s early success.

“I think you might be right in some sense and consideration that Scotty’s moved manufacturers of cars too,” Lowndes said on the program.

“He probably doesn’t know what he needs out of the Falcon.

“But if Ludo’s saying ‘I’ll give you this, deal with it and tell me what you need more (of)’.

“You chase those cars, and it’s something through my running through the field I came up against Cam Waters and Brighty (Jason Bright), the Falcon seems to be a different car in a sense of a style.

“It’s quite strong under the brakes in a straight line but they seem to prompt the car in the middle, turn it, and are really strong off the corner.

“Where we’re more mid-corner speed. There is a different way of achieving it.

“But there’s no doubt the relationship between Scotty and Ludo at the moment is working really well.

“I think the confidence Scotty’s got now within Ludo is he can give him a car that turns, puts its power down and rides kerbs.”

Lowndes, meanwhile opened up on the qualifying struggles of his 2017 campaign.

The TeamVortex driver has been able to recover during races but his form was highlighted at Townsville with 19th and 21st grid positions.

“When you’re asking for 100 percent of the tyre for that one lap, I’m struggling.

“I think it’s a combination where I’m over-driving the car at some points and maybe the car is not lifting to where I need it to.

“You’re a tenth or two off now and it’s four or five rows. It’s not like you go back one or two spots. It’s a really tough championship.”