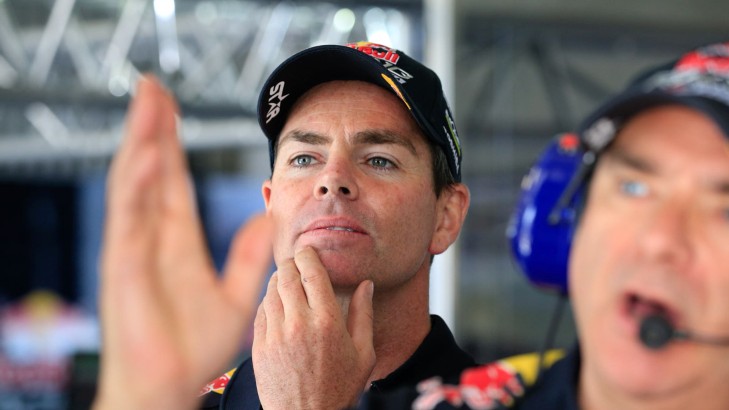 Craig Lowndes was brimming with confidence on Sunday night at the Castrol Gold Coast 600, but going on history the next round will prove a challenge for the Red Bull racer.

While he enjoys racing in New Zealand, Pukekohe Park Raceway is one of just two venues on the V8 Supercars where Lowndes is yet to win a race.

Even podiums have been rare for the 101-time winner, with his best finish of second back in 2006 and making up one of just two podiums at the venue.

Lowndes, however, does not seem bothered by the statistics and based on current form was quietly confident things would be different at the ITM 500 Auckland this time around.

"If our current form is anything to go by, I think we should be good," Lowndes told v8supercars.com.au.

"It's probably one of the rounds I haven't [had a win] but for me it's a circuit I enjoy, no doubt about that ... I think that going to some of the circuits this year we haven't had form and coming away [from them] with good results gives me confidence to go to Pukekohe."

The 2015 Bathurst champ feels he has been able to overcome some of his previous issues this year, with even the Gold Coast producing mixed results in the past.

The pair has earned four wins and four ARMOR ALL Pole Positions this year, placing him right behind Chaz Mostert for poles and third behind the Prodrive cars for race victories.

"It's just a matter of having a car setup that works around the place, because it is quite a bumpy track," he explained.

"Shippy and I were already talking about what the weekend was all about, what was good, what was bad [on Sunday night].
"He thinks about the setups of the cars - and the way that he does it suits my driving style."

Pukekohe was one of the places Winterbottom went well at last season. The Ford racer left with the prestigious Jason Richards Memorial Trophy after earning the most points across the weekend and took the championship lead from Lowndes at the round, which was staged in April to celebrate ANZAC Day.

Winterbottom recorded two wins, a second place and a 13th at the 2.91km New Zealand circuit last year, in comparison to Lowndes' third, 10th, 16th and 20th at an event that was difficult for his teammate Jamie Whincup also.

The positive for Lowndes is more strong events on the way, with Phillip Island following and the grand finale at Sydney Olympic Park.

"I'm really looking forward to getting to Phillip Island - a track I'll really enjoy - but have to get through Pukekohe first," Lowndes said.