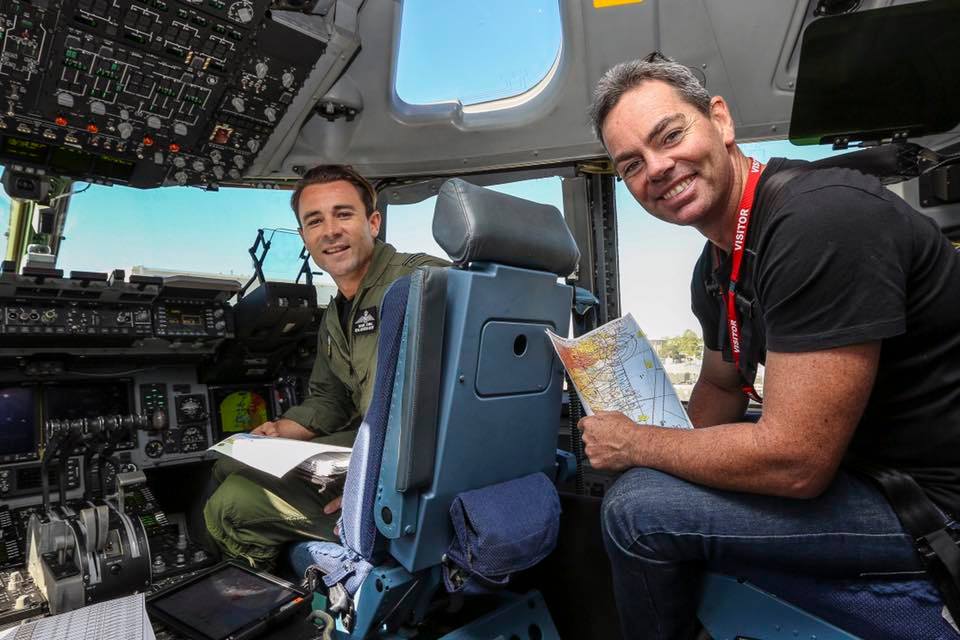 An opportunity to take part in a live training mission has given Supercars star Craig Lowndes a rare insight into the workings of the Royal Australian Air Force.

Together with Supercars commentator and recreational pilot Neil Crompton, Lowndes joined RAAF personnel on a recent training flight in a C17 Globemaster.

Boasting a total load capacity of 77 tonnes, the four-engine, heavy transport planes are used to dispatch troops, supplies and equipment to support personnel on deployments.

Lowndes’ training mission included a flight from the Amberley Air Base to Coffs Harbour, returning via Moreton Island.

“It was a rare opportunity that we were very fortunate to experience,” Lowndes told Supercars.com.

“We were lucky enough a couple of years ago to walk through and see a C17, but this was something else.

“It was amazing to feel just how nimble the plane was in the air considering how big it is on the ground.

“Even the stopping power, using maximum braking to pull it up in a short distance, all that was really incredible to feel.

“Then to see behind the scenes how they operate the plane, all the load masters and people downstairs, that was very interesting as well.”

Lowndes says that he’s long been interested in flying but time constrains have prevented him joining the likes of Crompton and fellow Supercars drivers Todd Kelly in getting his fixed wing pilot’s license. 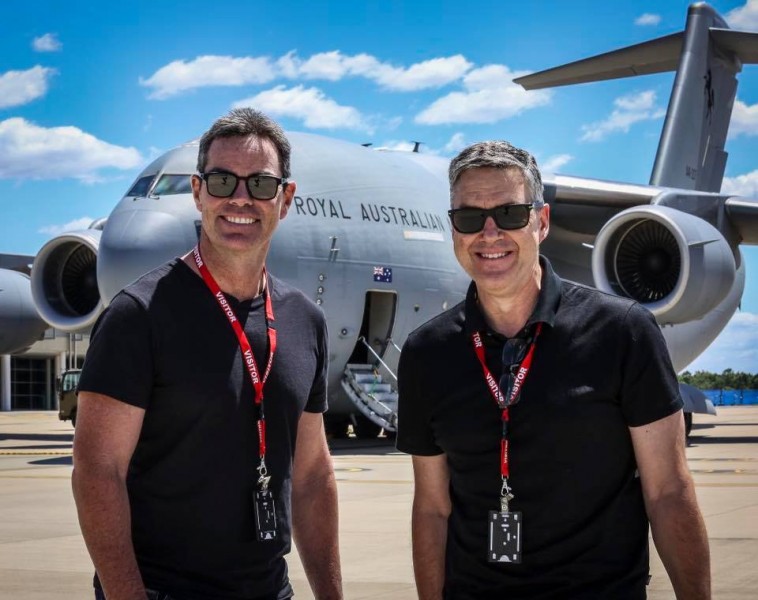 “I started my license and got eight hours into it but just didn’t have time to continue with it,” he said.

“My last flight was probably a couple of years ago, but I’m still interested and curious about machines like that.”

Lowndes’ Triple Eight team has undertaken a number of activities with the Amberley RAAF personnel over recent years including a special Air Force promotion at Bathurst in 2014.

The 42-year-old says there’s plenty of cross-over between the Air Force and a top Supercars team like Triple Eight.

“The way that Triple Eight operates is no different to the Air Force,” he said.

“Everyone has to be accountable for their actions and sign-off on every stage of what they do.

“Even the process of mechanical hours for components in the race car and how we log that, it’s no different to what they do with their jets.

“We both have a lot of respect for each other and how we go about our business.

“There’s no doubt that there are a lot of people at Amberley that follow our sport very closely.”