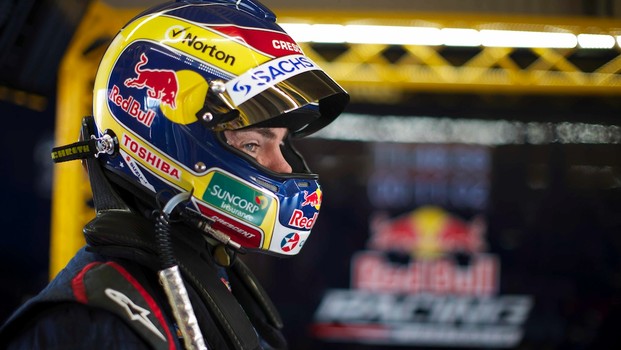 “We’re just doing race runs, so the carcould be much faster than that and I’m sure everyone up and down pit lane isconserving tyres because we don’t have enough of them – that’s our biggest issueat the moment,” Lowndes said after the session.

“But the car is working well. I’m reallyhappy. The car – balance-wise, we’ve got a little bit of oversteer and alittle bit of understeer – but nothing major and nothing ugly. So I’m quitehappy.”

Lowndes is one of only three competitorswho has raced a V8 Supercar at the circuit since it first staged a race in theChampionship in 1998, and has won in both a Holden and Ford, with four wins tohis name.

There have been plenty of different raceformats, and Lowndes feels this weekend’s will be interesting, considering thetyre allocation and the 60/60 Super Sprint race tomorrow, which Lowndesbelieves will mean more action.

“The tyres are the biggest killer to behonest,” he said.

“We’ve got to reuse the tyres throughoutthe weekend… The shorter races will have a bit more impact, but I’m lookingforward to Sunday when we have a bit more strategy with pit stops and everythingelse.

“But certainly it’s been amazing to see thetransformation of the circuit – every year they keep improving a little bitmore.”

The Red Bull Racer sits third in the listof wins at the track, behind Mark Skaife (eight) and Russell Ingall (six).

In fact, Lowndes was the last driver to winat the circuit, with the second win of two races in 2012.

However, during that first race here in 1998 was asituation Lowndes described as embarrassing – an empty front row.

He was racing a Holden Racing TeamCommodore alongside teammate Skaife.

“Both engines blew up,” Lowndes said.

“They thought we’d staged the finishbecause as Mark had come onto the straight his engine blew up, I passed him forthe win of the race and managed to roll over the finish line finishing second.

“I drove my car into pit lane and into thebox, but they were obviously working on Mark’s car to change the engine.

“When I went to start mine up I had theproblem as well, so they didn’t find my problem until five minutes before wehad to get out there. Of course, Mark’s car didn’t get it finished and minedidn’t start so we ended up having a very, I suppose embarrassing, missingfront row.”

There are two practice sessions to comethis afternoon at the SKYCITY Triple Crown.

Craig Lowndes  ›
15' Red Bull Racing Australia ›
2013 SKYCITY Triple Crown  ›
Stay In The Know
Sign up to the Virgin Australia Supercars Championship Newsletter
This website uses cookies to improve your user experience. By continuing, you will be providing your consent to our use of cookies.Ok