Craig Lowndes says frustration boiled over inside his Autobarn Commodore after hitting Scott Pye in pitlane during Saturday's Newcastle opener.

The pair pitted after Fabian Coulthard's lap 42 accident brought out the Safety Car, with Pye preparing to double-stack behind team-mate James Courtney.

Lowndes tried to get past on the right, between the Mobil 1 Boost Mobile Racing Commodore and the pitwall, but clipped and rode up over Pye's right-rear wheel.

That contact damaged Lowndes' steering, to the point he could barely get into his pitbay.

The retiring Supercars legend was visibly angry in the car and then out of it, before repairs got him back on track to finish seven laps down and 23rd.

“I actually thought I had enough room, but it looks like my front-left just caught the back of Scotty's rear-right,” he said.

“I was frustrated when I got out because we were conserving fuel, the car was working well, we were really looking forward to that next stop.

“It came a little earlier then we wanted, we wanted another four or five laps, but of course with Fabian's incident we had to call it.

“It is what it is, we'll rebuild it and get on with it tomorrow.”

The result follows a pair of Newcastle DNFs in 2017 for Lowndes that dropped him from sixth to 10th in the championship.

Sunday's race will be the last of the three-time Supercars Champion's full-time career before stepping back to co-driving.

“The car was really nice in the race, we were looking after the tyres, being conservative, maybe should've been a little bit more in the pitlane, but you get over it pretty quick, well I do anyway.

“It was frustrating at the time, but the boys did a great job getting me back out.

“The steering wheel was still a good quarter turn out of whack, so we'll have a good look tonight and see what's wrong.” 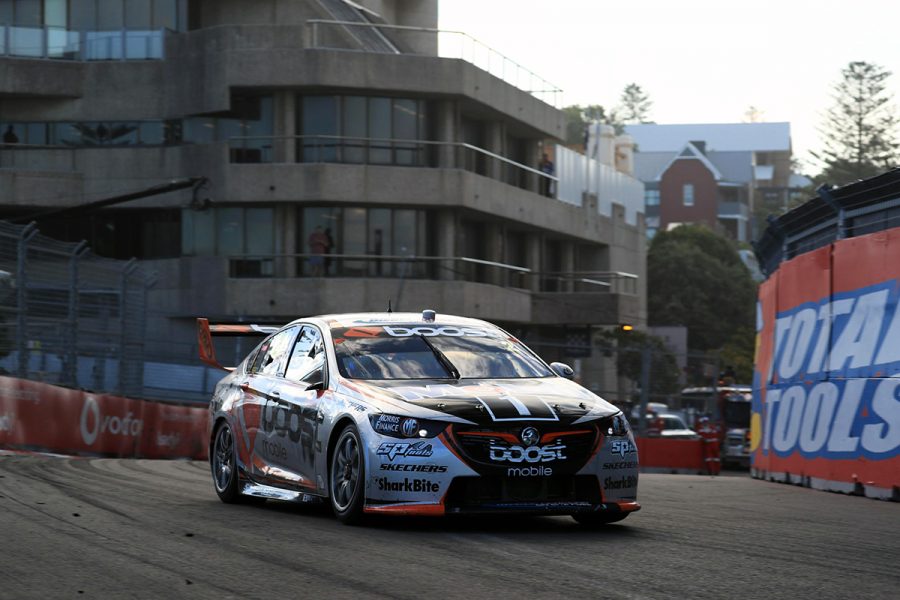 Pye ran in second place through the second half of the race until making an extra pitstop for fuel on lap 76 of the 95.

He ultimately crossed the line in fifth place, with Courtney seventh.

“I was surprised he didn't roll out earlier because I was trying to work out where to go and it is hard with a narrow pitlane, because you've got to be cautious with the guys with the wheels as well,” Pye said of the Lowndes clash.

“There's not a lot of room to get in and if you tighten it up too much, then I take my boys out.

“I kind of stopped and I tried to keep the lane clear, but he hit me pretty hard, everyone else managed to come through, but I think Craig was maybe a little bit close where I got on the brake.

“I tried to pull up square as well, but it is really tough, Craig was in there, the first car behind me and obviously I stopped pretty quick and realised that's where I'm going to stop and bang, he hit me.

“Disappointing for Craig, but a good day for us in general by the end of the day.”