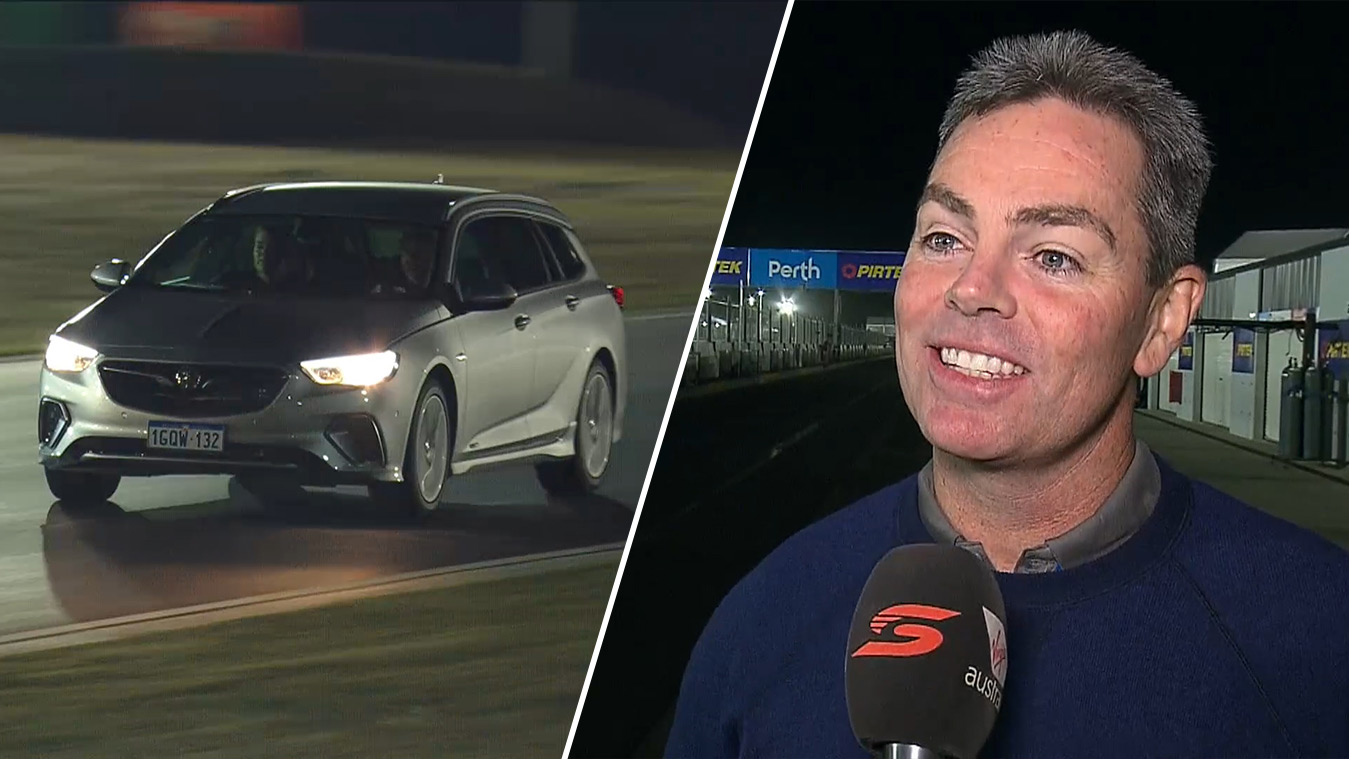 Lowndes joined officials for a full-circuit lights test at the venue, 24 hours before opening practice for the maiden PIRTEK Perth SuperNight.

Having retired from full-time driving at the end of last season, Lowndes is in Perth as part of his role on the Fox Sports broadcast.

Supercars lit the full 2.4km circuit for the first time on Wednesday evening, following a test focused on Turn 1 on Monday, in which Alex Rullo cut laps.

The full test allowed Supercars to fine-tune the lighting for television cameras and drivers.

Supercars’ Driving Standards Advisor Craig Baird and Race Director Tim Schenken were among those to take part; the former lapping in the Vodafone Safety Car.

Forty-one LED light towers and five stadium-type flood lights have been installed, with Supercars aiming for a more even spread of light than seen in Sydney last year.

“It almost makes me want to come out of retirement,” quipped Lowndes after his laps in a Holden Commodore ZB road car.

“I’ve been here many years, but standing in pitlane with all the floodlights on, it brings another element, it brings excitement.”

While the move to a night format is the most obvious change for this year, recent resurfacing work at the circuit promises to have the biggest impact on the racing.

“The resurfacing is really smooth, I’m really impressed with that,” said Lowndes.

“I can put my house on it that the lap record is going to go.

“The new bitumen is so smooth, it’s a difference texture rock than what we’re used to being faced with here in the past.