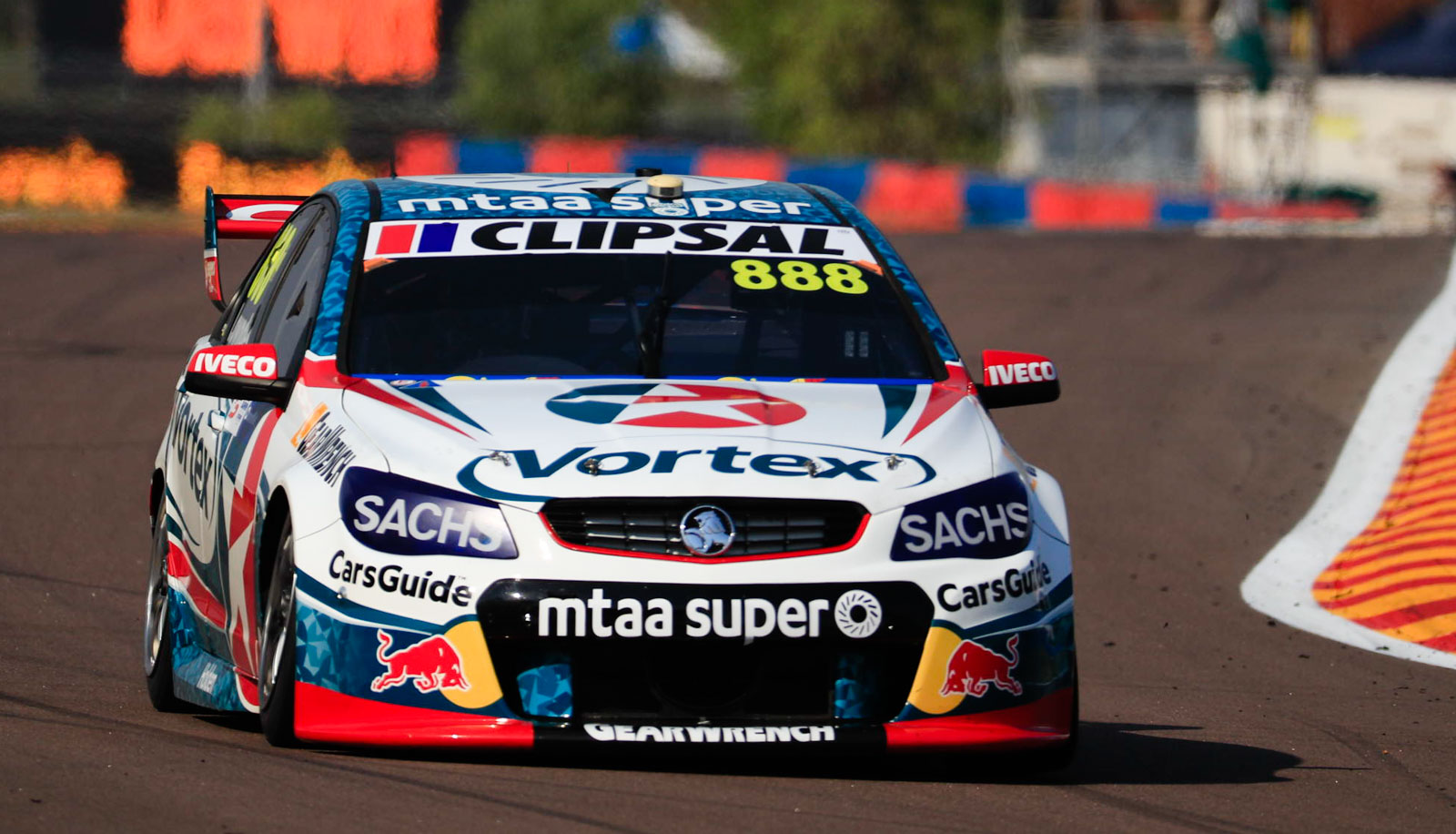 A top three run in practice at Hidden Valley has Craig Lowndes confident that lessons learnt at a recent test day will turn around his poor qualifying form.

Lowndes has struggled for one-lap pace this season. Yet to qualifying in the top five, he’s started 18th or worse for each of the last three races.

Although qualifying has never been Lowndes’ strength while at Triple Eight, the change in tyre construction this year has been blamed on his slump.

Struggling to maximise set-ups utilised by team-mates Jamie Whincup and Shane van Gisbergen this season, Lowndes used the recent test day to find his own way.

"There's no doubt that at the test day we did a lot of searching in that area (qualifying),” Lowndes explained after practice at Hidden Valley.

“I think so far it's been the right thing. In Practice 1, we didn't change a spring rate, roll centre or ride height. We just changed tyres.

“We’ve been able to pull the car out of the transporter and get it 85 to 90 percent right.

“In Practice 2 we did try to search for a bit more speed; we found some things and lost some things like normal.

“We put in a setup we thought would suit the good tyre and I have to say it was an okay lap, it wasn't fantastic, but we know that there's more speed in it.”

Elaborating on his qualifying struggles, Lowndes says the proof will be in the pudding in qualifying tomorrow.

“For us we've tried the Red Bull setup and it doesn't suit me. It's one of those things, it's got to be a personalised setup," he said.

“I think we found we it at the test day and this weekend will be very different. For us we've been lucky to come back through the field in race trim.

“That element of the weekend we've got pretty well nailed, we've just got to get qualifying right.

“At the moment it's proved to be a really important test day we had last week. Not sure how many cars this afternoon ran on the new tyre.

“For us the proof will be in the pudding tomorrow to see if we maintain a top five position.

"I think there's no doubt we're working really hard together to try and make the car better so we start further up.”

Teams will have a final practice session tomorrow morning prior to qualifying for the afternoon’s 120km race.