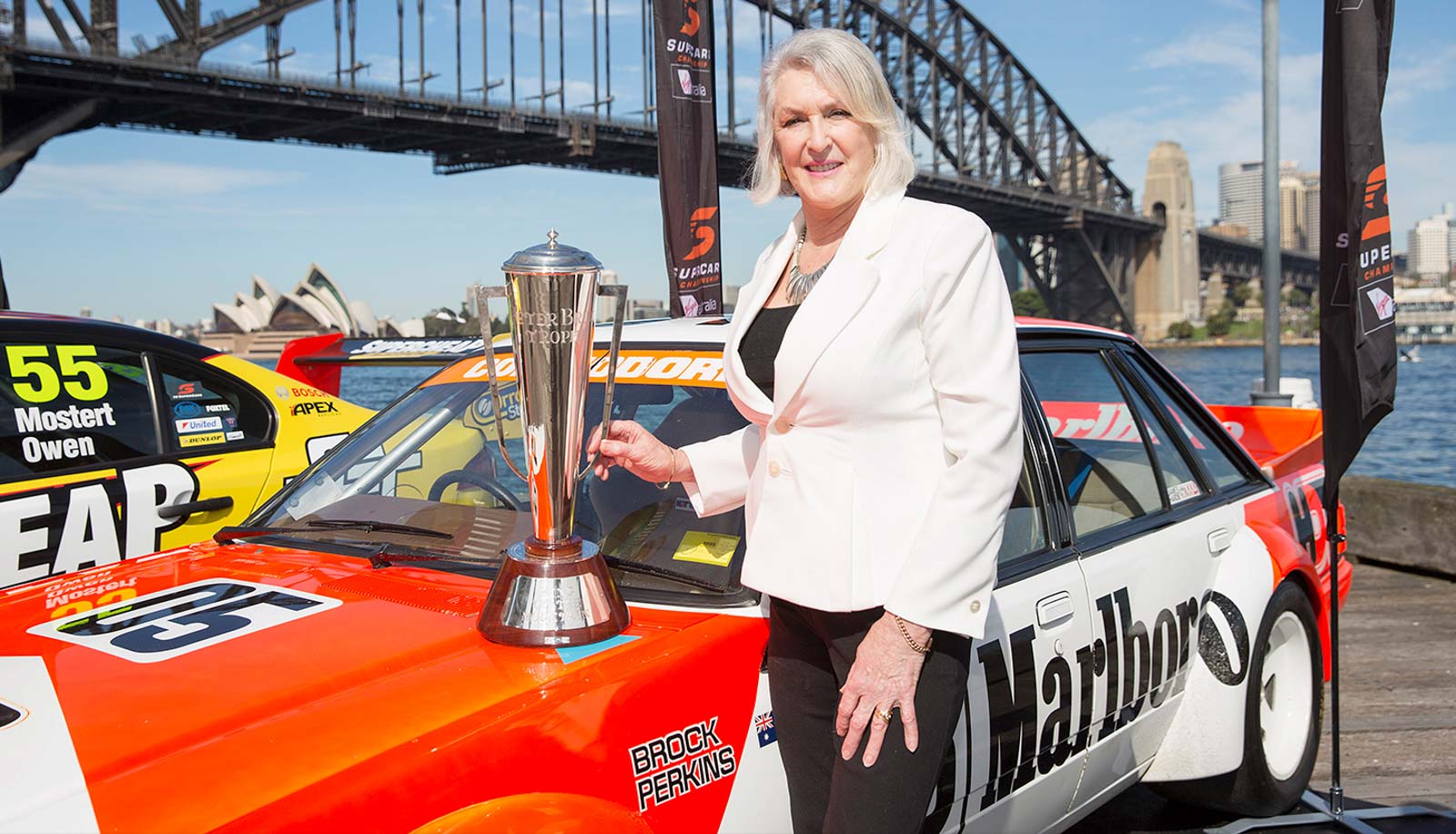 Brock’s long-time partner Bev Brock believes if anyone can do it, it’s Lowndes.

Both spoke at today’s 2016 Supercheap Auto Bathurst 1000 launch, after it was announced this year’s Great Race would honour the 10th anniversary of the Peter Brock Trophy, named in Brock’s honour after his death in 2006.

“This is a very different game today to what it was years ago. The dynamics are changing, the competition is there and all we can do is wait and see. It’s a huge challenge for all of them.

“I sit there and I certainly barrack for Craig quietly, but I would like to see him make and beat Peter’s record.”

Lowndes – who hits 600 race starts at the next Supercars event, the Red Rooster Sydney Motorsport Park SuperSprint from August 26-28 – is not one to talk up his own stocks. But at 42 years of age, he is not done with Supercars racing, and sees years ahead as a co-driver as key opportunities to tally up the numbers, once he elects to retire from the sport full-time.

“The way the competition is these days – you look at the championship at the moment you could put a blanket over the first six cars so the competition every year is getting closer and closer,” he said.

“You need fast cars, fast teams and we’ve now got a number of those going every year.

“So look, we go there every year trying to win it, see what happens, maybe when I step down from full-time and pair up with someone like Skaife and Richo [Mark Skaife and Steven Richards, as co-drivers] I’ll jag another couple.

“For me, I’ve always said it’s difficult for anyone to get the nine – but as Bev said, the target’s there.

“Records are there to be broken.”

Lowndes is fresh off victory at the last race at Queensland Raceway and sits fourth on the Coates Hire Leaderboard – though he values Bathurst higher than Championship.

“I’ve always said Bathurst for me is the one I want to win. The championship is great, I know that Jamie [Whincup] has a different opinion but for me Bathurst is the one I grew up as a child wanting to be part of and actually compete at.”