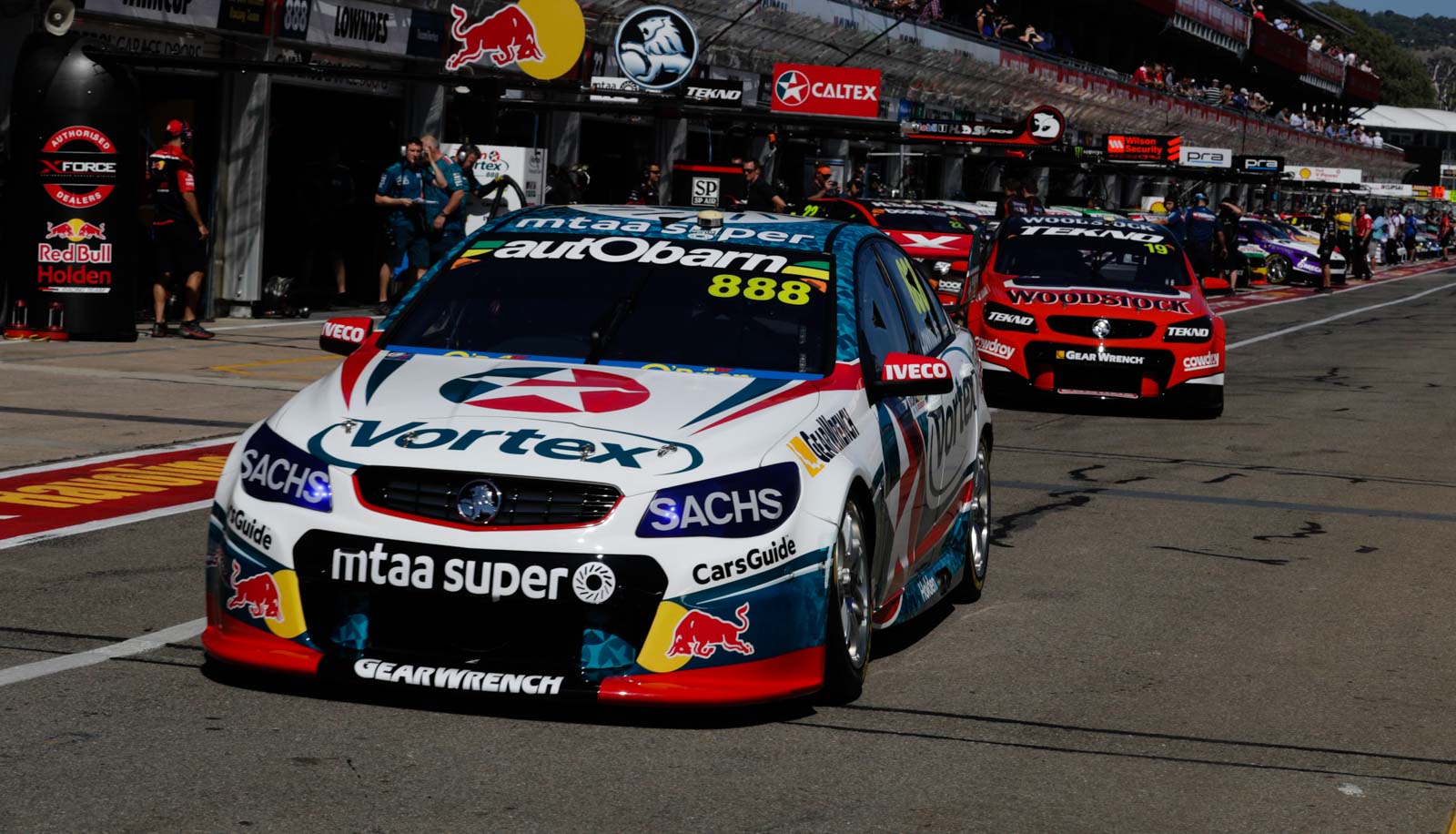 Craig Lowndes hopes that a brutally honest debrief following the Clipsal 500 will help the TeamVortex Holden return to the front of the field at Albert Park.

The three-time champion finished eighth and 10th in the respective Adelaide races after twice failing to make the ARMOR ALL Top 10 Shootout.

Lowndes says that he and engineer John McGregor both made mistakes across the weekend that saw them fail to maximise the car's potential.

They included qualifying errors from Lowndes and a fuel miscalculation that forced the veteran to concede places during the closing stages of the opening race.

“At the end of the weekend Irish (McGregor) and I sat down and were brutally honest about how we both performed,” Lowndes told Supercars.com.

“We both made small errors that were costly.

“There’s no doubt that the way the competition is right now is really tough and you don’t need to make too much of a mistake (to be midfield), which I did on the Sunday (in qualifying).

“We should have been there (in the Shootout) and I was really annoyed with myself to make a mistake.

“When you’re in the middle of the pack you’re never going to be able to win from there, you’ve just got to stay out of trouble and score as many points as you can.

“Irish made a lot of points from the weekend that we’ve gone through and vice-versa. We’ve got a process that we’re still working on.

“It’s only our third meeting working together so we are still a bit raw, but the good thing is that what he lacks in experience he gains in enthusiasm.”

Their results were in contrast to stable-mate Shane van Gisbergen, who dominated the weekend despite complaining of an ongoing vibration in his Holden.

“He got on top of the whole weekend better than both of us to be honest,” said Lowndes of van Gisbergen’s form.

“From the outset he was reasonably comfortable with the car and they improved it from there.

“The three cars weren’t far apart on set-ups, but the three drivers were speaking different languages in terms of different problems.

“It’s one of those things where we’ve had a debrief and will see when we get to the grand prix if that’s the same case.

“But I think Shane just got on top of it (the new tyre) better and along with Grant (McPherson, engineer) they did an amazing job.”

Teams will have their first competitive outing on the super soft version of Dunlop’s new construction tyre at Albert Park ahead of the next championship event in Tasmania.

“The tests we did at Sydney Motorsport Park showed that there was little difference between the softs and the super softs,” Lowndes said of the tyres.

“I think that the Grand Prix is a good opportunity to have a proper race weekend on it.

“The main unknown is around the durability, but because of the short races we probably won’t learn a lot about that.”