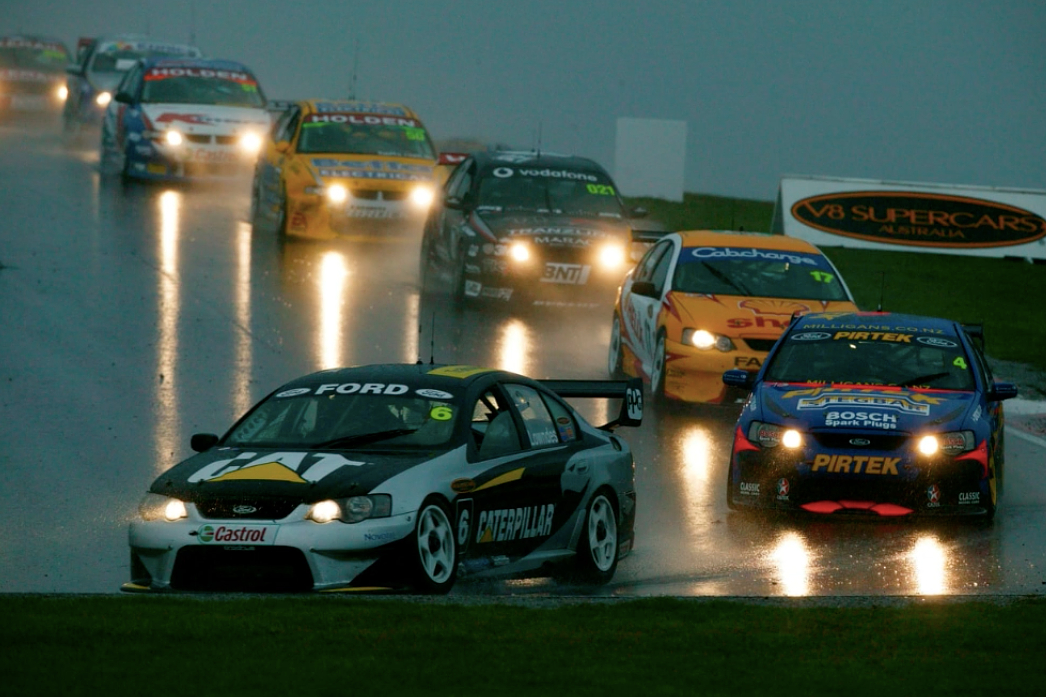 The resumption of the 2021 Repco Supercars Championship will see Tickford Racing return to the venue it scored its first race win.

The Ford team will resume the 2021 season as the most recent race winner in the championship, courtesy of Cameron Waters in Townsville.

The Campbellfield outfit’s first victory, however, came 18 years ago, when Waters was just seven years old.

Tickford made its series debut in 2003 under the Ford Performance Racing moniker it ran to the end of 2014.

In only the team's second championship appearance, FPR hit the jackpot with Lowndes in the single 300-kilometre, 67-lap race.

That day, however, was far from straight forward, with the race held under dark threatening skies. 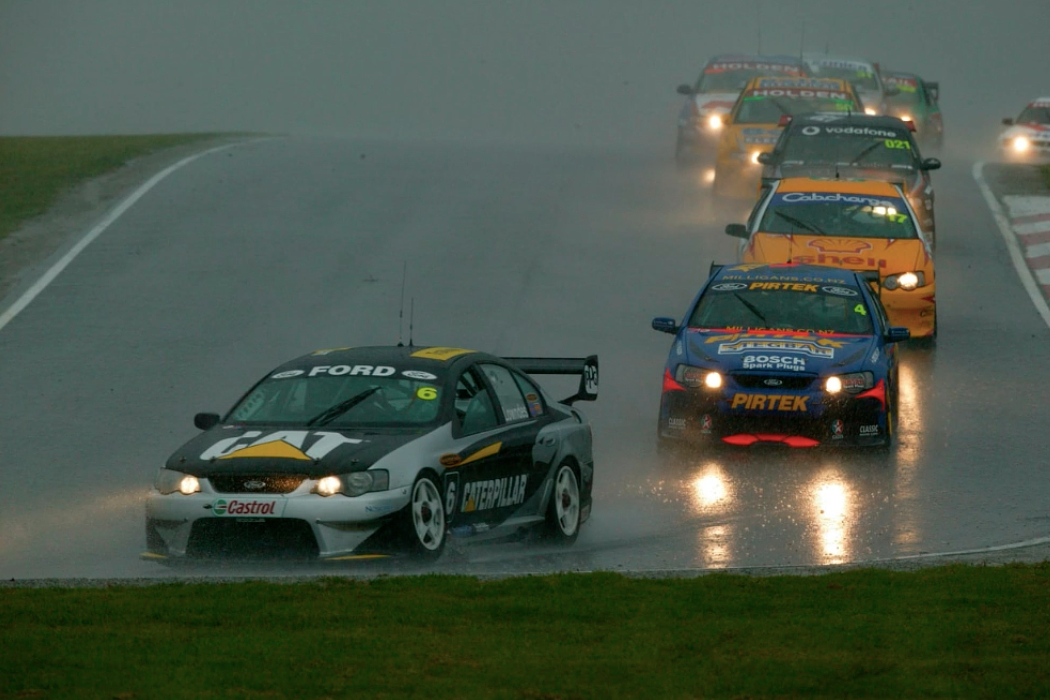 Skaife, the three-time defending series champion, had won the season-opening Adelaide 500. Lowndes, meanwhile, had a DNF and seventh to his name for his new team.

Lowndes wasted little time marching forward when the Phillip Island race commenced. On the first lap, he moved to fifth after a dicey three-wide moment with Marcos Ambrose and Greg Murphy at Turn 3.

The #1 HRT entry of Skaife was three seconds to the good after just three laps. 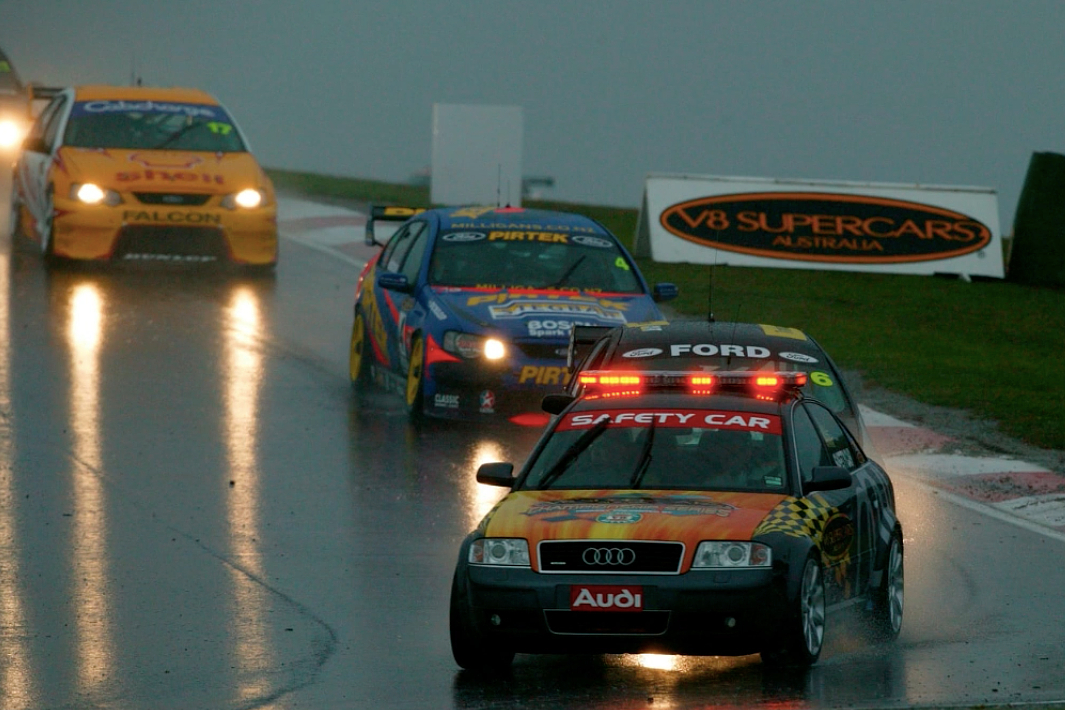 The field follows the Safety Car

Skaife was eyeing a second win in succession, only to be slapped with a drive-through penalty for speeding in pit lane.

Jason Bright inherited the lead, and he was in the box seat to win the race as showers began to pass over Phillip Island.

However, Bright’s chance unravelled when he infamously spun Ambrose, who was trying to turn into pit lane.

Ambrose’s Stone Brothers Racing Falcon did a pirouette, Bright suffered steering damage, and Lowndes scythed through into the lead. 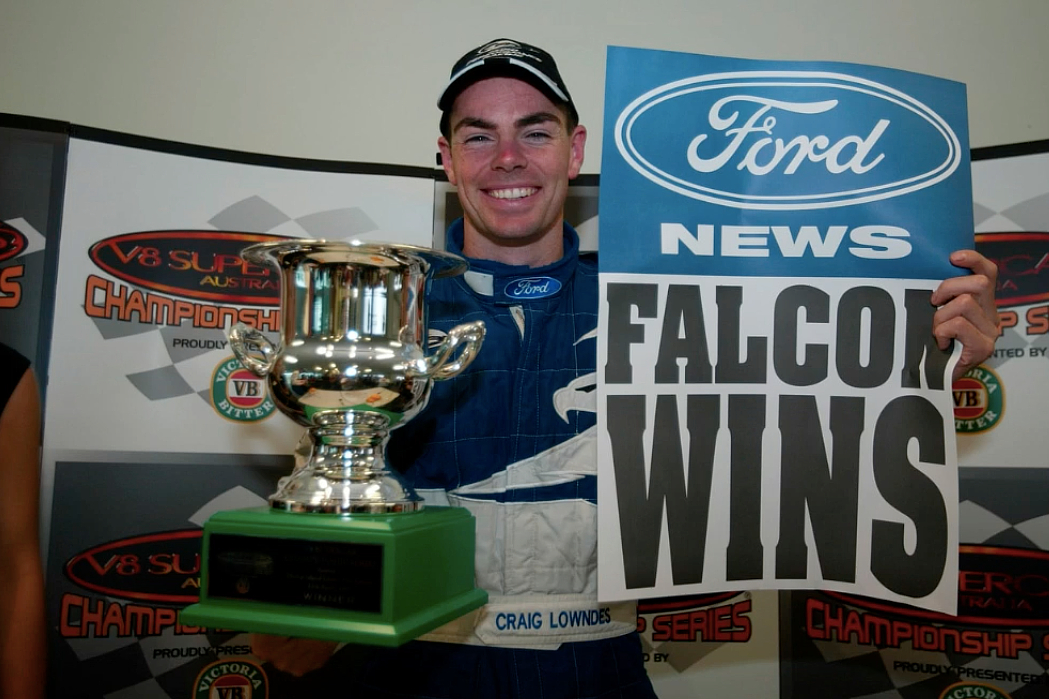 Before too long, the rain became so heavy that the Safety Car was deployed.

With 14 laps remaining, the race was red-flagged. It wasn’t restarted, and Lowndes was declared the winner.

So heavy was the rain, that the podium-getters - Lowndes, Bright and Murphy - accepted their trophies in the media centre.

It marked Lowndes’ first overall round win for Ford, and third race win for the Blue Oval after wins for Gibson Motorsport in 2001. 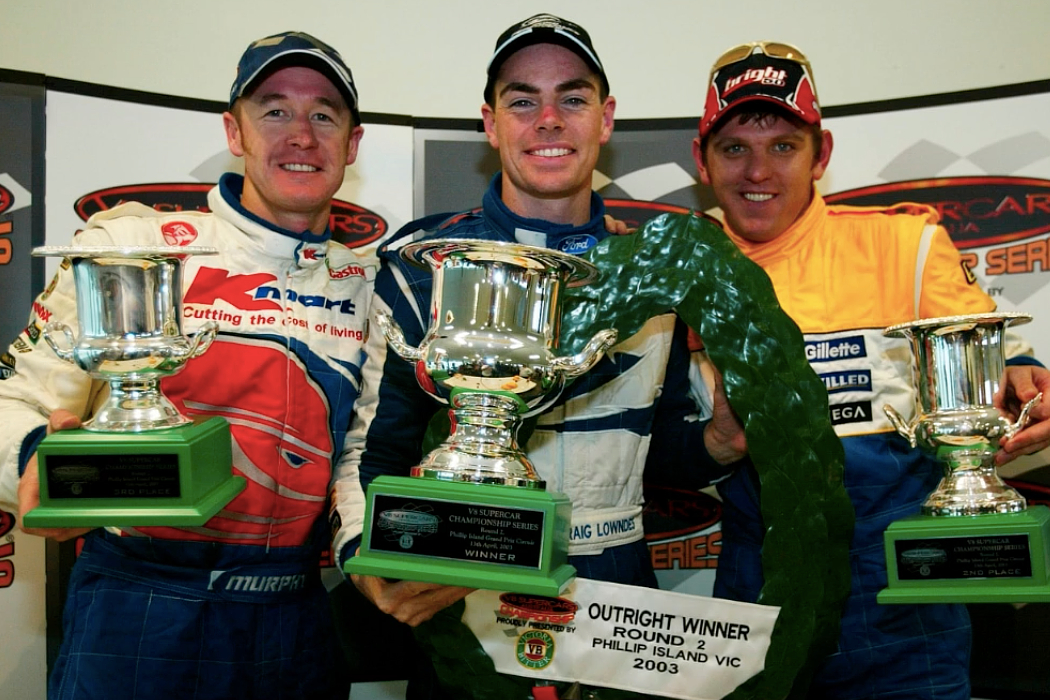 FPR would have to wait another three years for victory, courtesy of Bright at Winton in 2006.

By then, Lowndes had began a journey with Triple Eight Race Engineering - a team which only joined the grid in 2003 as well.

The victory by Lowndes was the first for the team now known as Tickford. It has already been a landmark campaign for Tickford, which made its 250th event start in Bathurst in February.

Waters claimed victory in an enthralling battle with Shane van Gisbergen at The Bend Motorsport Park in May. 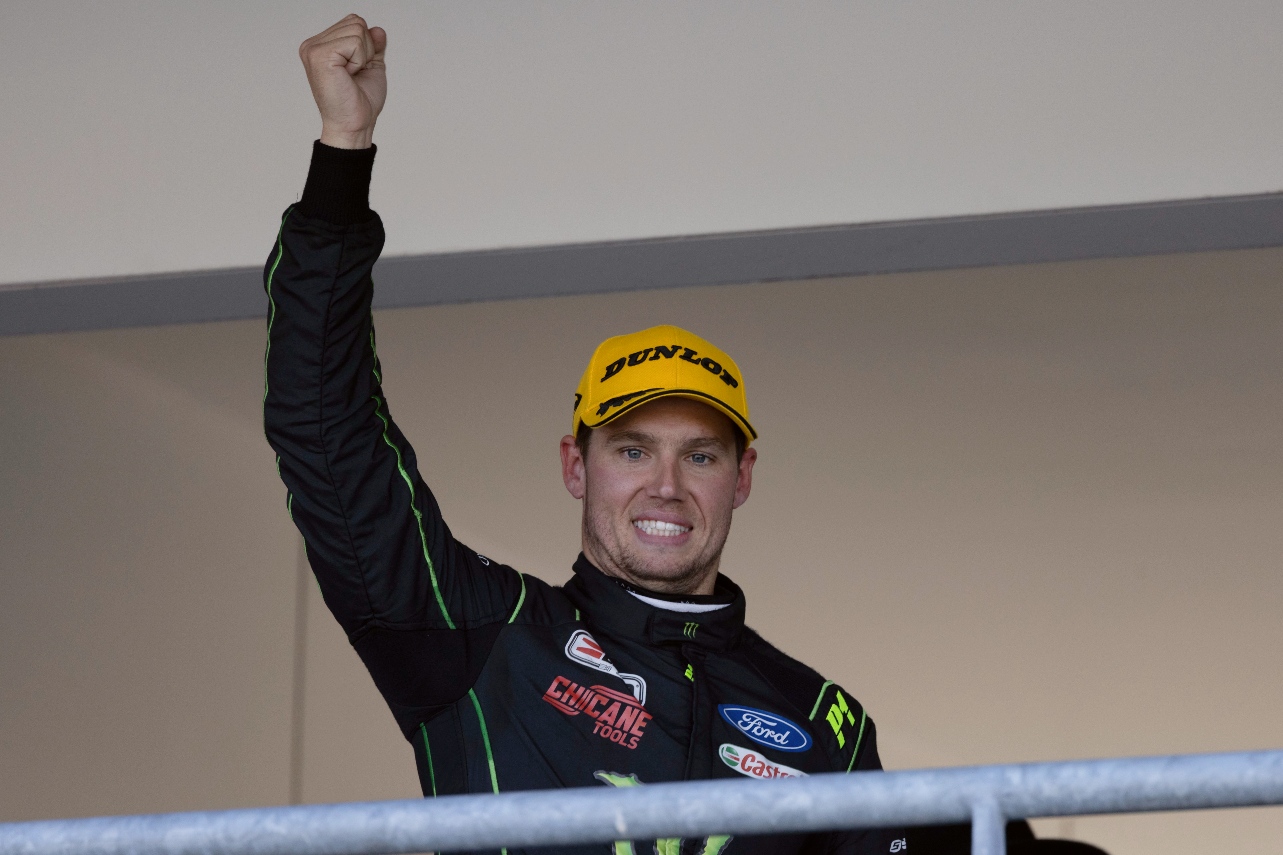 Waters claimed win No.77, nearly 20 years after the team's first

The 2015 Super2 champion backed it up with two victories at the WD-40 Townsville SuperSprint.

Waters, who has been with the team as a full-time championship driver since 2016, helped the team to its 76th and 77th race wins.

It was also the first time since 2015 that the team had won multiple races on the same weekend.

Can Waters and Tickford repeat the feat when the 2021 season returns at Winton in early October?