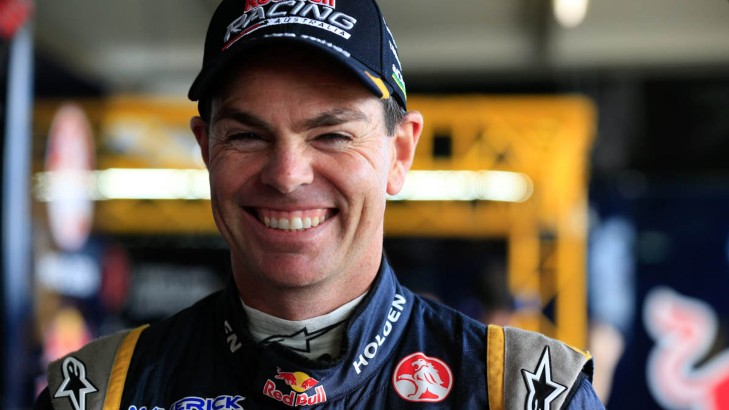 At an age where many drivers have retired, Red Bull Racing Australia team owner Roland Dane is convinced Craig Lowndes has years as a competitive force to come and wants him to prove it in one of his V8 Supercars.

Lowndes, the category's most popular driver, turned 40 during the SKYCITY Triple Crown Darwin 400 in June and his current contract with Dane's Triple Eight Race Engineering expires at the end of 2015.

"I can't see any reason why he can't carry on for a long time to come," Dane told v8supercars.com.au. "I see him as a driver for the foreseeable future.

"He will probably last longer as a driver than me as a team owner and that's the reality."

Lowndes is currently third in the V8 Supercars Championship, bouncing back at the weekend's Coates Hire Ipswich 400 from a disastrous weekend in Townsville that left his sixth.

"Despite the odd up and down on both sides of the ledger we love having him and we love having him around within the team let alone everyone outside," said Dane. "So why would you disturb that?" Dane said he was confident Lowndes and Triple Eight would say together as long as they were both competitive.

"I am sure he will want to be in one our cars as long as we are in the ballpark and why wouldn't he be and why wouldn't we be?" However, Dane said he had yet to initiate discussions with Lowndes about a new deal.

"I don't want to talk to him about it at the moment, I want him to get on with racing," Dane said. "I don't feel under any pressure and he certainly hasn't indicated that he does."

Another cautioning for Dane factor is major sponsor Red Bull's current deal expires at the end of 2015 and he is unwilling to make important commitments like new driver contracts until that situation has been clarified.

The contract of Lowndes' teammate of nine years Jamie Whincup's also expires at the end of 2015. In more settled commercial conditions in the past Dane has signed them to new deals more than a year ahead of time.

"You have to take that (the Red Bull deal) into account and I would be silly not too," Dane said. "I am not going to pay money I haven't got; people paying money for drivers and making a loss in this business is not something I am contemplating."

Dane conceded that caution raised the possibility of a big money deal luring Lowndes away. Not only is the five times Bathurst 1000 winner's talent potentially tempting, but so is his popularity with fans.

"Yeah, that's true, that could always happen because I am mean," Dane dead-panned.

"Someone might tempt him but I don't think they would. He likes being in Queensland and with a team in Queensland. So why wreck a good thing?

"We have managed to negotiate a few contracts now that have been some of the easiest I have ever negotiated with anyone so I don't think it's going to be hard to keep him if he wants to stay." Dane also offered a stout defence of older drivers in global motorsport who he believes debunk the theory that youth rules the cockpit.

"Everyone has got used to drivers retiring from Formula One at an earlier age and that's because the cars are very physical and they earn plenty of money and they can now sit at home and count it.

"Whereas in the old days - and it's not that long ago - Nigel Mansell won the world championship when he was 39. Mario Andretti was still driving Formula One cars in his 40s. And of course plenty of them went on and drove sports cars well into their 50s.

"As (European and world touring car champion) Andy Priaulx always says to me, 'a car doesn't know how old I am' and touring car drivers like Yvan Muller, Gabriele Tarquini and so on are all a lot older than Craig and they are still pretty effective."

Craig Lowndes  ›
15' Red Bull Racing Australia ›
Stay In The Know
Sign up to the Repco Supercars Championship Newsletter
We use cookies to ensure that we give you the best experience on our website. If you continue to use this site we will assume that you are happy with it.Ok