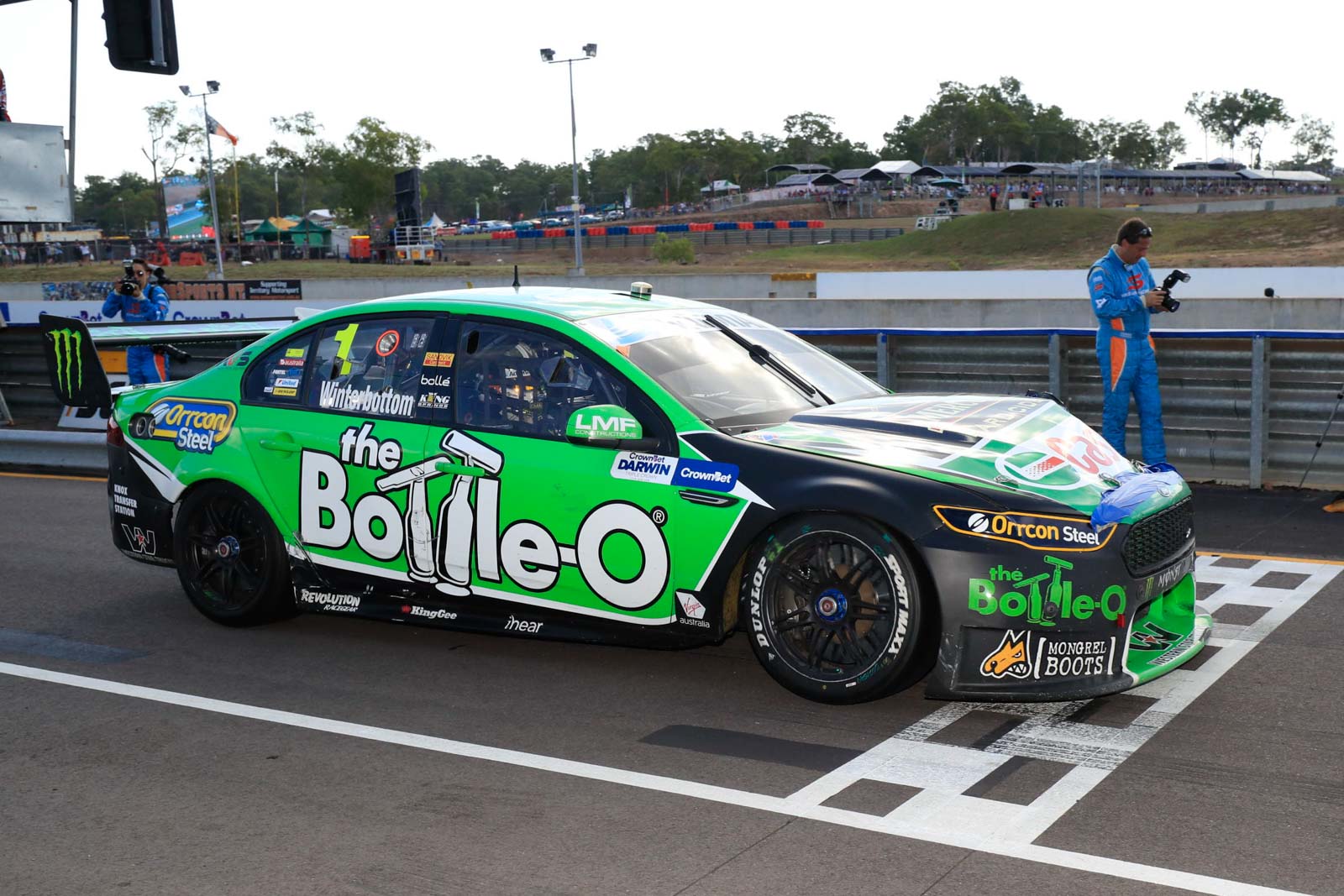 Mark Winterbottom won back-to-back races in Townsville last year, but the defending Supercars Championship doesn’t believe there will be a dominant driver at the event this year.

‘Frosty’ is calling it the most unpredictable round of 2016, as he prepares to bounce back from a shocker in Darwin that sees him sit fourth on the points table.

His stellar performance on the north Queensland streets saw him stake his claim on the title last year, while rival Jamie Whincup’s camp scrambled and switched engineers to try and claw back from eighth on the tally.

This time Whincup has the advantage on the scoreboard – but Winterbottom is as determined as ever particularly because he needs to make amends after “one of [his] worst efforts” at Hidden Valley.

“Darwin was not ideal – I just want to get back in the car and redeem myself,” Winterbottom told supercars.com.

“It’s all about turning it around and the only way to turn around a bad weekend is get results, so I’m pretty hungry to get back out there and motivated to make sure I rebound well. I can’t wait, really.”

The 2015 champ and 2013 Bathurst winner seems to have taken the last result to heart, earning ninth and 20th in what was a terrible weekend for Prodrive, given Chaz Mostert was involved in a big first-lap accident and Cam Waters suffered damage in pit lane on Sunday.

“Darwin was not ideal – it exploded into something that was worse than what it probably should’ve been,” Winterbottom said.

“It just wasn’t good enough and the only way to redeem yourself is results, so I’m desperate to get back in and get out there and turn it around.

“I don’t normally have two bad ones in a row so hopefully that same thing will continue.”

Who will be strong on the north Queensland streets? Frosty says it’s too close to call.

“I don’t think you’ll see people dominate like last year there,” he said.

“The track is probably the most unpredictable in terms of getting it right and the competition is as unpredictable as ever, so it’ll be interesting to see who’s competitive.

“Back-to-back day wins – I doubt you’ll see it, but hopefully we can.

"This year, that track, are probably the two most unpredictable all year. I think Townsville is the toughest of the year to predict who’s going to win, so hopefully it’s good to us.”

Since Darwin, teammate Cameron Waters had a rookie day – an extra day of testing permitted for newcomers to the Virgin Australia Supercars Championship.

While it was just Waters on track with two Dunlop Series cars Winterbottom believes the young gun’s learnings will benefit the whole Prodrive stable.

“We actually went pretty good with that and found a few things and hopefully that translates over … I think we’ve found some strengths,” Winterbottom said.