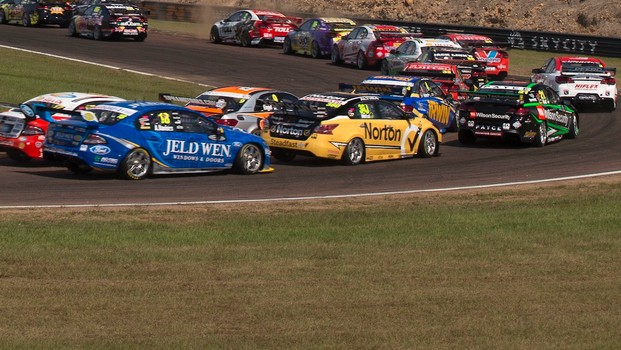 Having hit its manufacturer target with the introduction ofVolvo to the category in 2014, V8 Supercars must now turn its attention to its strategyinto the next decade.

So says Car of the Future boss and V8 Supercars Commissionchairman Mark Skaife.

Depending on whether Ford commits to the Championship beyond2013, the arrival of Volvo means there will be four or five differentmanufacturers represented on the grid – the others being Holden, Nissan andMercedes-Benz AMG.

V8 Supercars is in conversation with two to three otherpotential manufacturers at the moment, but whether any of them join the Championship in 2014 is unclear.

With Ford pulling out of the Australian market as amanufacturer and killing Falcon by October 2016, Holden replacing Commodorewith a global model around the same time and its manufacturing future also insharp focus, the local automotive industry is entering a traumatic andturbulent phase.

Internationally, there is a constant emphasis on downsizingboth car size and engine size as emissions and fuel economy targets becomestricter.

“It is not like we haven’t thought about it, but it isimportant for us to consider what is the architecture of the cars over the nextfive years and beyond? What are the engines they are going to have?

“And in a selfish sense, what’s the best thing for V8 Supercarsand the teams to derive the best outcome. That’s a very important part of whatthe plan needs to entail.”

As reported earlier this year, V8 Supercars boardmember Roland Dane has put forward a discussion paper to consider allowingtwo-door coupes to race in the Championship alongside four-door sedans,potentially expanding the pool of manufacturers and car choices for teams.

While Car of the Future has delivered on its target ofenticing more manufacturers into the sport, Skaife admits the other fundamentaltarget – cutting cost out of the car build – has not yet scored a bulls-eye.

Indeed, at a time of lower income into the sport there’s nodoubt teams have really felt the financial burden of building a fleet of newcars, parts and spares for 2013.

“The engine cost to me is the same, the rolling chassis costis less,” said Skaife. “It may not be totally to what I said originally – I wasseeking a 25 percent reduction. It may not be quite there, but I can’t measureit and I don’t think it is fair to measure it until we have run for longer.”

“We lost money on the CotF cars as the specification changedmore than was ideal after the point where we thought it was pretty settled,” heexplained to v8superacrs.com.au. “But I tolerated that as there was a sparesrequirement as well and we ended up at breakeven overall on the initial supply.If someone comes to ask us for a car today we will charge them $340k + GST.”

Dane did have one piece of good news on CotF costs: “Nowthat we have the cars, and once the gearbox and brakes issues settle down, thecars are proving cheaper to run. We could have been smarter in a few areas thataffect cost but it was hard enough just to get the job done!”

21/06/2013
Related Content
2013 Sucrogen Townsville 400  ›
Stay In The Know
Sign up to the Virgin Australia Supercars Championship Newsletter
This website uses cookies to improve your user experience. By continuing, you will be providing your consent to our use of cookies.Ok