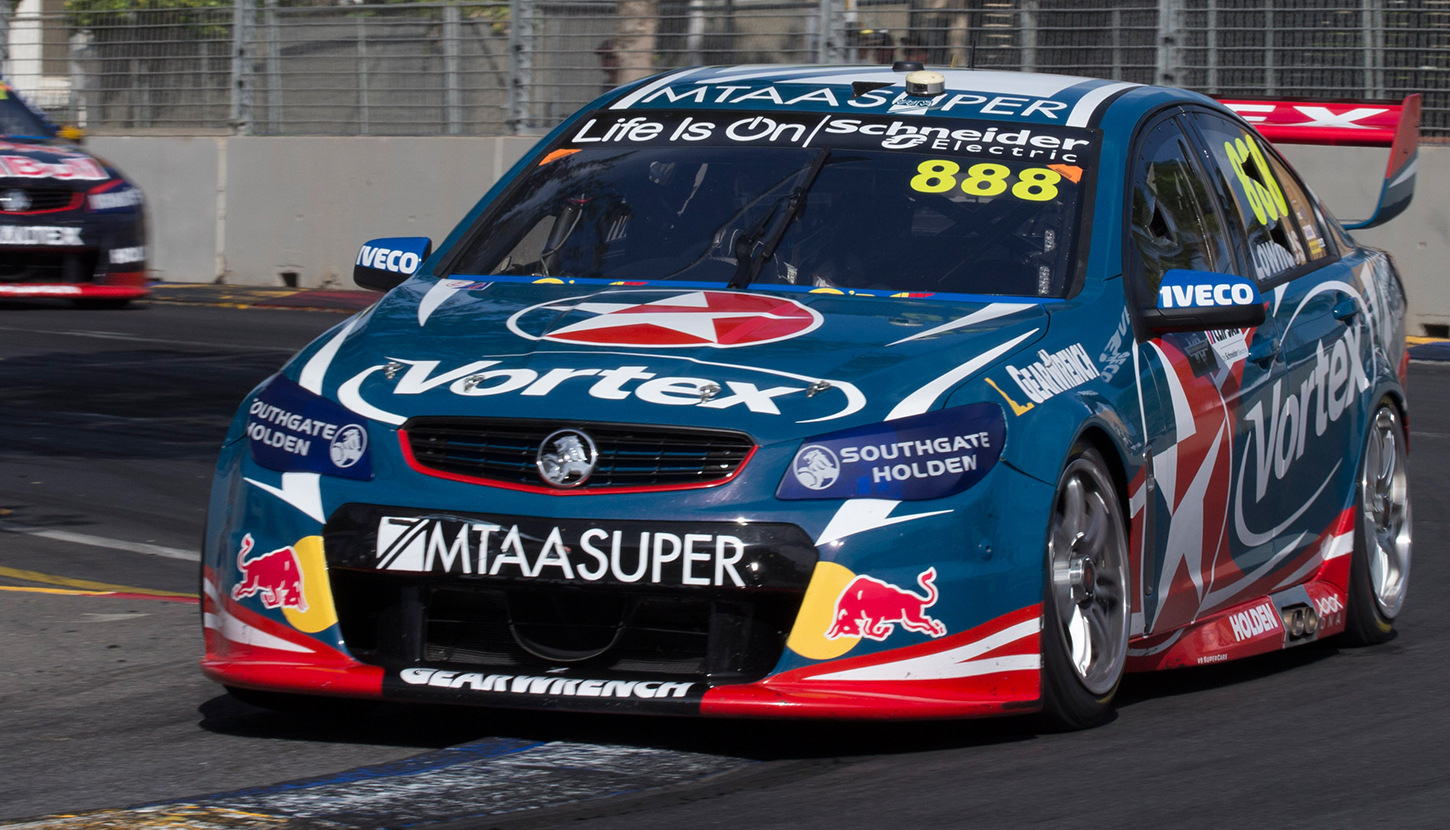 Craig Lowndes has made an ominous prediction ahead of this weekend’s Tyrepower Tasmania SuperSprint – his Triple Eight Commodore will be even better this time around.

The V8 Supercars veteran showed phenomenal pace at the tight circuit last year, bagging all three pole positions and two of three wins. He managed sixth in the final race despite earning a drive through penalty early after tangling with David Reynolds.

The three Triple Eight cars – Lowndes’ TeamVortex Holden and the two Red Bulls of Jamie Whincup and Shane van Gisbergen – dominated the non-championship Australian Grand Prix a fortnight ago, and Lowndes is certain there’s more to come from the group that has won the last six races in a row at Symmons Plains.

“When you go back to a track you’ve had a good performance the previous year it gives you a good indication of where you’re at,” Lowndes told v8supercars.com.

“The car has evolved since then, we’ve got different suspension components and things on the car since Tassie … so we believe the car has gotten better.

“We’ll say that and I’m sure everyone else in pit lane will say their cars have progressed and developed – so we’ll go down there with a lot of confidence.

“[There’s] no guarantee we’ll have the same outcome we had last year, but if we can get the car to work like we did last year I know we’ll be in there with a showing.”

The 2.4km track is the shortest on the V8 Supercars calendar, with hundredths of a second separating competitors, meaning there’s not room for error.

“Tassie is one of the very few circuits where we all qualify within a second so a tenth or a hundredth of a second makes a big difference in grid positions,” Lowndes said.

“We were lucky to have three poles. The car worked well not only in qualifying but translated into race pace as well.”

The only race Lowndes didn’t claim in Tasmania last year was the big-points Sunday 200km dash, but after he dropped to the back of the field with his penalty he was able to climb back into the top six, one spot behind eventual champion Mark Winterbottom.

The TeamVortex driver doesn’t look back at the race as a lost opportunity, though.

“The car was good enough to pass. That was the strength for us – not only did we have a fast car, we had a good passing car as well. Sometimes you have cars good in clean air and out the front but then when you’re in traffic it disturbs the balance slightly.

“You need a good durable car to be able to do both and we had that down there.”

New Zealand’s tyre failure is the one that really sticks as upsetting his championship chances.

“It (Tasmania) wasn’t the ultimate one that hurt us for the year – it definitely contributed to loss of points, or not maximising the points we should’ve got – but that wasn’t the only one,” he said.

“No doubt the contact with David on the Sunday was disappointing because we could’ve had a three-peat.

“We knew the car was good that weekend for it. It’s very rare you’re able to say that, but the car was definitely good enough.

“If I was a bit more patient, I probably [could’ve] got him out of turn four, out of the hair pin and got him on the back straight – who knows what would’ve happened if we’d gotten through turn one and turn two.”

The Tyrepower Tasmania SuperSprint kicks off today with practice at 11.25am local time.