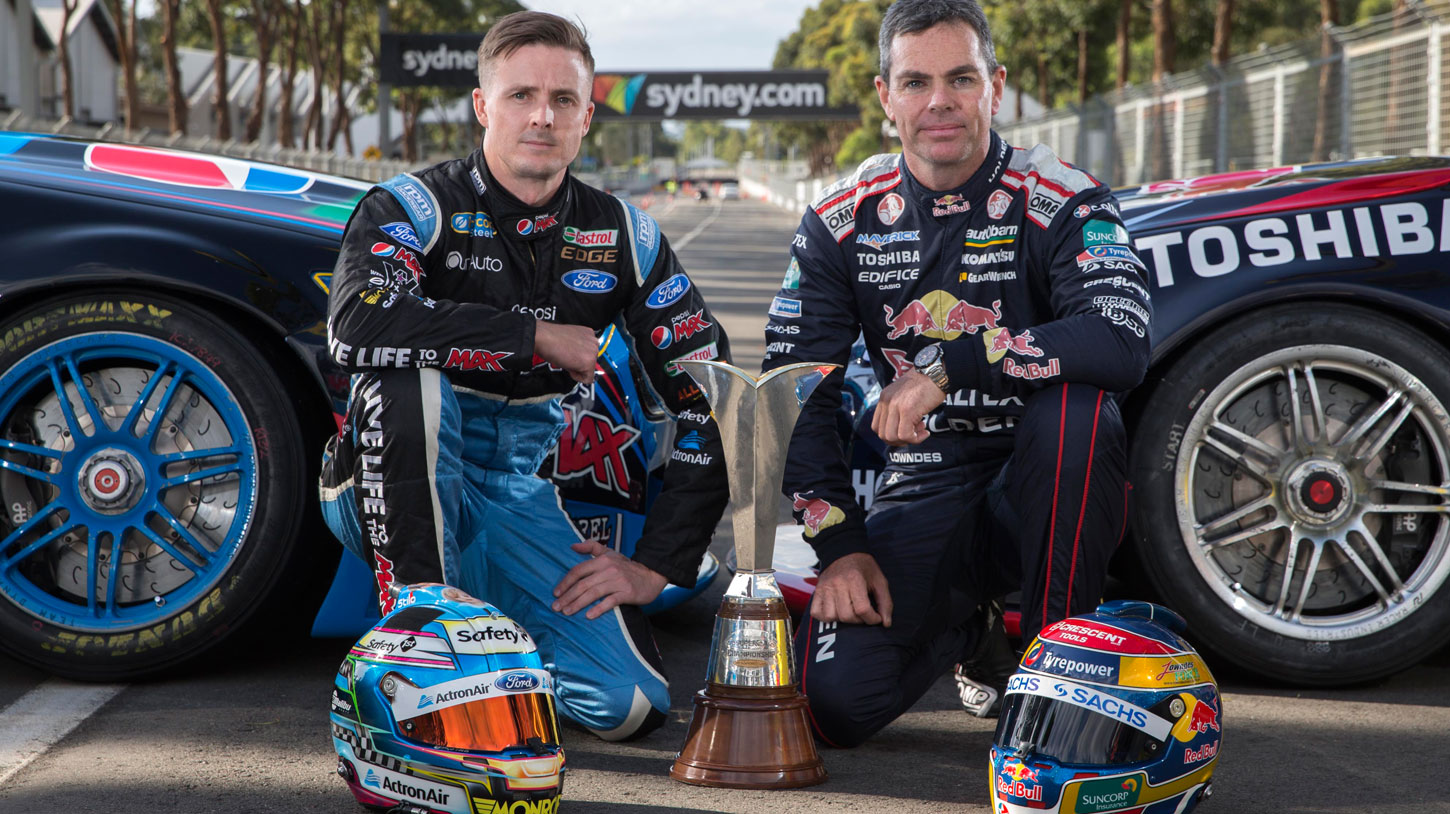 The two went down to the wire battling for the Championship, with the title decided at the final round at Sydney Olympic Park.

Over the years Winterbottom and Lowndes have had their fair share of run-ins, but ‘Frosty’ has nothing but respect with the TeamVortex driver set to line up for his 600 Supercars race start on Sunday.

“It’s crazy – and he’s still competitive, that’s the scary part, I think he’s probably better now than he was a few years ago,” Winterbottom told supercars.com.

“He’s relaxed, he’s in a really good position in the championship and is a big threat because this is when he really kicks on, it’s the part of the season he shines.

“He’s really out of the pressure spotlight and looks like he’s enjoying his racing, he’s happy, he’s always smiling – you can tell when he’s genuinely smiling.”

Forty-two year old Lowndes sits fourth in the Championship points, 150 points from leader Jamie Whincup. Last year he cracked 100 race wins and is the most recent winner, taking victory at the last round at Queensland Raceway.

“It’s scary from a competitor’s point of view because I think he’s in a good spot when you look from the outside,” Winterbottom said.

“You expect those guys to retire when they’ve been in it for such a long time, but they keep coming back and doing good things. You just wonder when it’s going to end.”

It has been the classic Ford versus Holden battle between the two in recent years.

“We magnetise ourselves sometimes, and we seem to separate for a while and then it starts again,” Winterbottom said.

“We’ve had a few run-ins and stuff, but there’s just so much at stake you get heated when you’re on the receiving end of it, if you give it you’re apologetic; but it’s the way it goes, it’s the way motorsport is.

“Unfortunately it happens sometimes – when you’re up the front racing each other it’s inevitable it’s going to happen in some way shape or form.”

Garth Tander – who is closest to Lowndes for race starts, set to line up for his 567th on Sunday – acknowledged his rivals achievements and their changing relationship over the years.

“We’ve probably been the most constant in each other’s careers, I guess,” Tander told supercars.com.

“As a competitor his results speak for himself. His consistency over the longevity of his career has been very impressive, probably second to none.

“Craig and I, early in our careers, raced very hard and we didn’t really talk to each other all that much.

“As we’ve both matured we’ve mellowed a little and we get on really well, race each other really hard on the track – well, when I can catch him.”