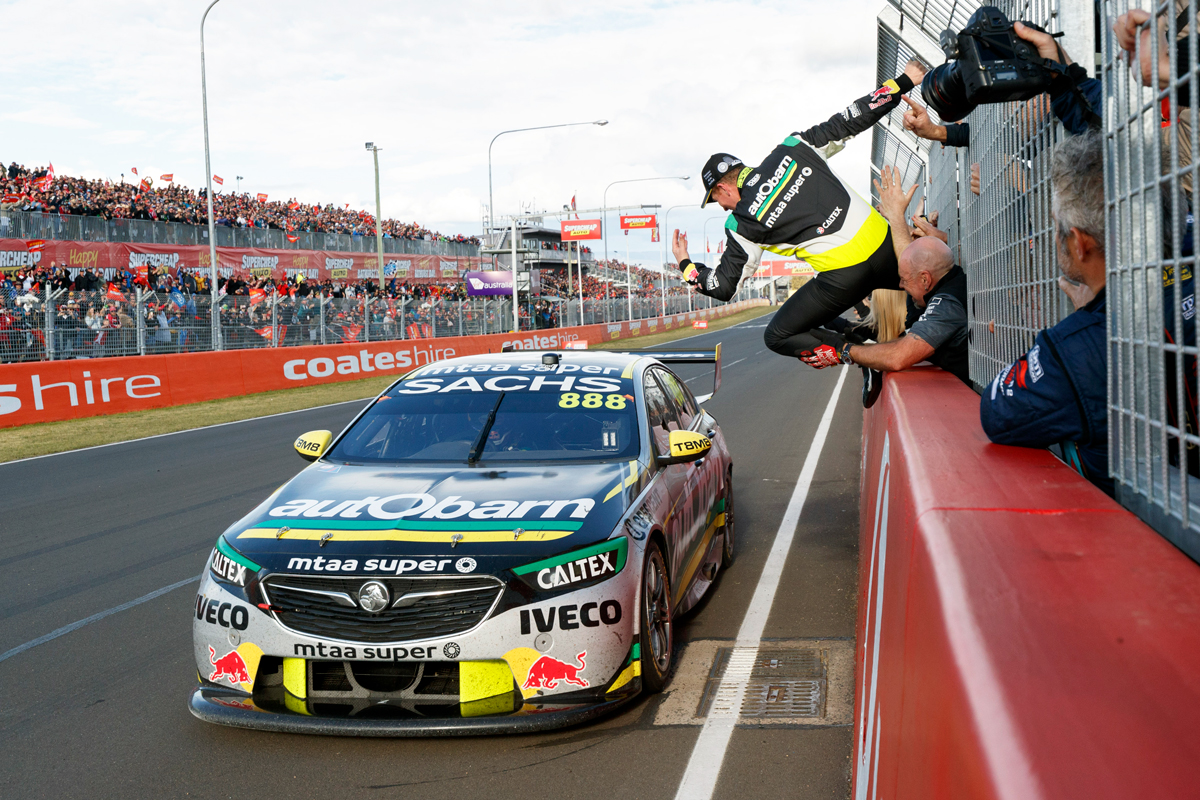 Network Ten’s broadcast of the Supercheap Auto Bathurst 1000 has been nominated to defend the Most Outstanding Sports Coverage Logie it won in 2018.

It is the third-straight year the Supercars Media-produced telecast has been shortlisted for the accolade.

Lowndes pounced when long-time leader and defending winner David Reynolds struck trouble in the Commodore he shared with Luke Youlden.

An average national audience of 1.7 million and a peak of 2.4 million watched it unfold across Ten, Fox Sports and the WIN Network

Other sports broadcasts nominated for the Logie are football's FIFA World Cup, the Commonwealth Games and Invictus Games and cricket's Australia vs India test match in Perth.

The winner will be announced in the 61st Annual TV Week Logie Awards ceremony on the Gold Coast on June 30.

“It’s a fitting reward for the team of more than 350 people who put so much hard work into what is a major live international broadcast,” Nathan Prendergast, General Manager Television and Content, said.

“We are proud to put these great picture to air for our host broadcasters here in Australia, New Zealand and around the world.

“We may be biased but we believe the pictures, insights and in-depth analysis we provide is up with the very best in the world.”