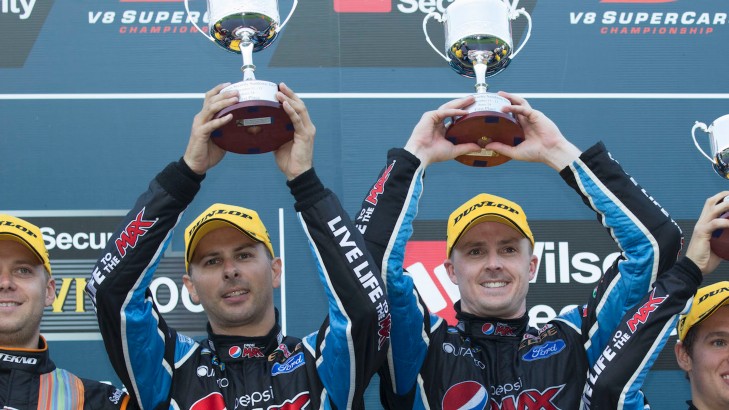 The Wilson Security Sandown 500 has been run and won and Mark Winterbottom and Steve Owen have started the enduros in the best possible fashion.

Winterbottom and Owen will be joined by LDM driver Nick Percat, taking your questions at 12pm today before appearing on Inside Supercars tonight.

The Pepsi Max duo was on the pace all weekend and managed to take the win just 0.65sec ahead of teammates Chaz Mostert and Cameron Waters in the #6.

Mostert and Winterbottom have won the last two Supercheap Auto Bathurst 1000s between them, and the team will be gunning for three in a row in October after dominating the Championship so far in 2015.

Though Percat showed promising signs across the weekend, he and international co-driver Oliver Gavin suffered from steering issues in the race and were forced to retire the #222.

In the lead-up Gavin was confident the pair would have an impact - and while it was tough for the Repair Management Australia duo, teammates Tim Blanchard and Karl Reindler finished in the top 10, a positive sign for the small LDM team.

Send through your questions for Winterbottom, Owen Percat, who will be online this morning and on tonight's episode of Insider Supercars at 7.30pm on FOX SPORTS 506.

Chaz: I'm not holding back