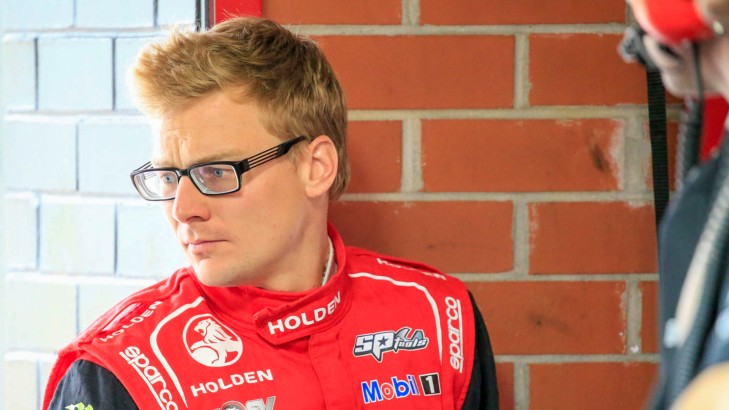 Speak to the co-driver stepping up to the plate at Sandown - Jack Perkins, who will steer the #22 with Russell Ingall at next week's enduro classic.

Perkins will be online from 12pm to take your questions ahead of his appearance on tonight's episode of Inside Supercars.

The former full-timer was enlisted as the co-driver for the #22 Holden Racing Team Commodore this season, but after Courtney's freak accident at Sydney Motorsport Park, had to unexpectedly suit up for the sprint round.

Now he'll tackle the endurance classic, the Wilson Security Sandown 500, with returning favourite 'The Enforcer' who will step out of his commentary booth and into the driver's seat.

Perkins and Ingall have contested the 500 together before, and the two great names of motorsport have been victorious twice at Bathurst, when Ingall drove with Jack's father Larry in 1995 and '97.

The pair will test the #22 on Thursday at Winton, along with HRT teammates Garth Tander and Warren Luff, Supercheap Auto's Tim Slade and Tony D'Alberto, and Team 18's Lee Holdsworth and international star Sebastien Bourdais.

Send your questions through for Perkins, who will appear on the panel tonight, as Inside Supercars previews the Pirtek Enduro Cup, and the regulars chat to Russell Ingall ahead of his V8 Supercars comeback. The show kicks off at 7.30pm AEST on FOX SPORTS 506.