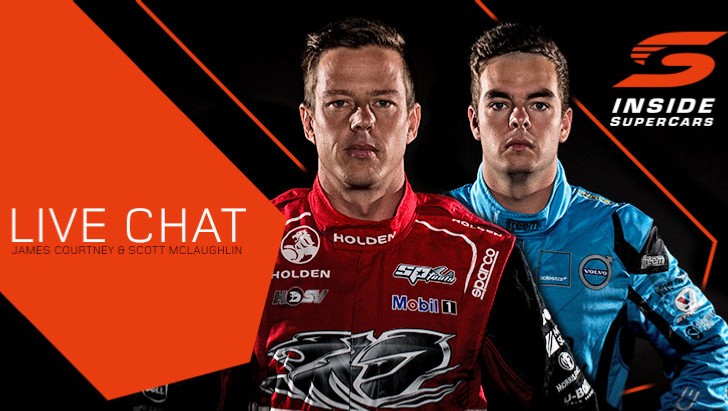 Both have had rollercoaster seasons in 2015, and will be live on v8supercars.com.au from 12pm ADST today to answer your questions.

It has been an unusual season for Courtney, who missed three events after injury, but won on return on the Gold Coast in extraordinary fashion with co-driver Jack Perkins.

Phillip Island has been a tough place for the 2010 V8 Supercars Champion, who has never stood on the podium at the circuit and broke his leg in 2013 after an accident involving McLaughlin's then-teammate Alex Premat.

Courtney will be gunning to turn his fortunes around and earn as many points as he can towards the teams championship, which is close between Prodrive, Red Bull and HRT.

Meanwhile McLaughlin stood on the podium for the first time since Queensland Raceway at his home race in Auckland, showing his Volvo S60 is back on track after an inconsistent season.

The 22-year old won two of the three races at Phillip Island after an exciting Sunday race in 2014, which saw his S60 cross the line just ahead of HRT's Garth Tander, whose Commodore ran out of fuel.

Send your questions now for Courtney and McLaughlin, and tune in at 7.30pm ADST on FOX SPORTS 506 for Inside Supercars, where both will preview Phillip Island.