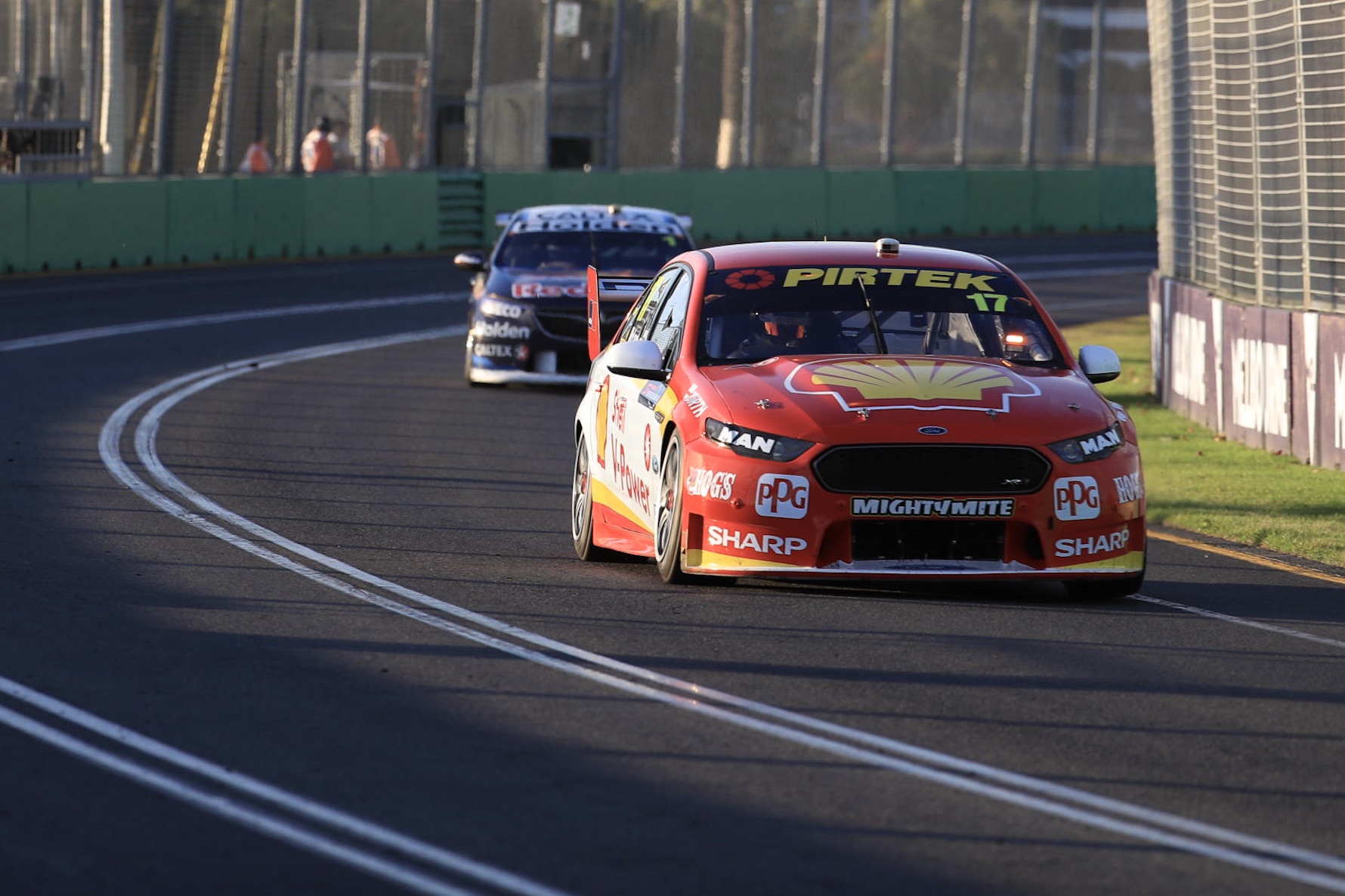 A malfunction in pitlane cost Scott McLaughlin the lead in the Coates Hire Supercars Melbourne 400 opener, but it was not enough to deny the flying Ford victory.

McLaughlin led the way before his pitstop on lap 11, only to rejoin behind Jamie Whincup, who had taken service a lap earlier.

While the swap of positions appeared to be a typical undercut, the team revealed post-race that a malfunction with its pit equipment had cost over a second.

The lights on the pitboom that tell the air spike controller when the four wheel changes and refuelling have been completed failed, causing a delay before McLaughlin was released.

Reclaiming the lead from Whincup six laps later before taking a 1.3-second victory, McLaughlin said he was aware of the issue, but had remained confident he could win the race.

“I could tell something was wrong because I could hear all the tyres were done up and the fuel was done [and I wasn't being released],” McLaughlin told Supercars.com.

“Obviously the light had failed or something had gone wrong and the guys were just doing their job.

“He didn’t want to pull the spike out because he’s trained off the lights. I understand completely why there was a delay.

“After that I just had to fight and get on with it and thankfully we didn’t lose that much time.

“When I came out and saw we weren’t far behind I was confident we’d be alright. I had genuine pace and thought I’d have a crack.” 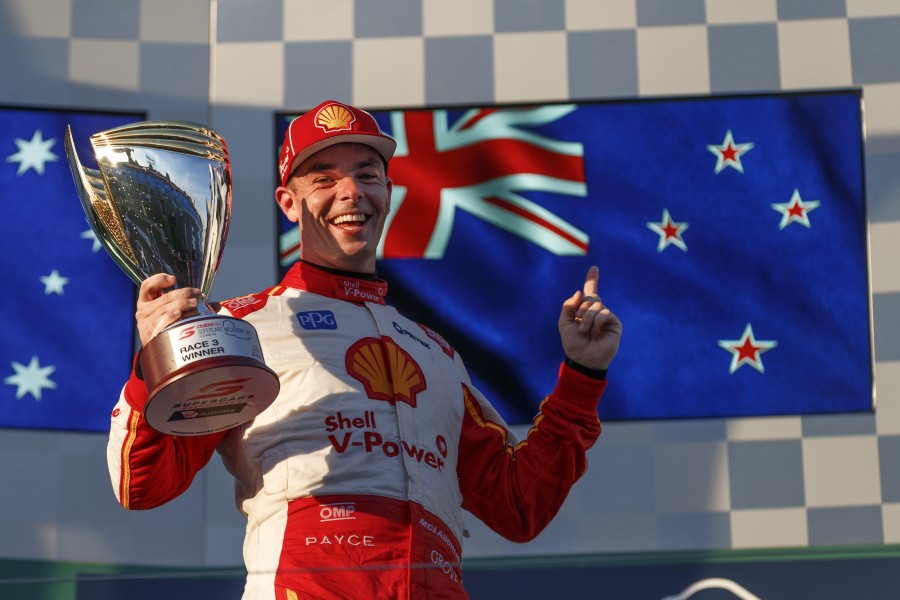 The win was McLaughlin’s first since the opening race in Newcastle last November – the day before the Sunday shocker that cost him the title to Whincup.

McLaughlin admitted that passing Whincup on-track in today's race made it all the sweeter.

The Shell Ford proved strong under brakes into Turn 3 and, while the pair ran side-by-side through 4, McLaughlin ultimately pulled ahead into 5.

“I was waiting for a door, but yeah I got away with it,” said McLaughlin of the battle.

“Once I got through I was like ‘well that was easier than I thought’. I was surprised because the couple laps before I was actually quite strong and looked a couple of times.

“I think he was strong in the initial part of the brake, but the later part of the stop I was stronger, so I was able to dive and he just couldn’t defend from what I could see.

“I had to use first [gear] to stop it, but it pulled up nice and we’ve had really good lock margin all weekend where we were able to stop the car without locking the front-right and thankfully it did that.

“If the shoe was on the other foot we probably would have banged doors a few times because that’s what we do, that’s how we race, we race hard, but Jamie just wanted to get through [cleanly] and we got on with it.”

McLaughlin moves from fifth to third in the championship thanks to his win, 73 points adrift of leader Shane van Gisbergen, who finished fourth in today’s race.

The Ford driver will start second, first and ninth in Albert Park’s three remaining races, with two to be held on Saturday before the finale on Sunday.