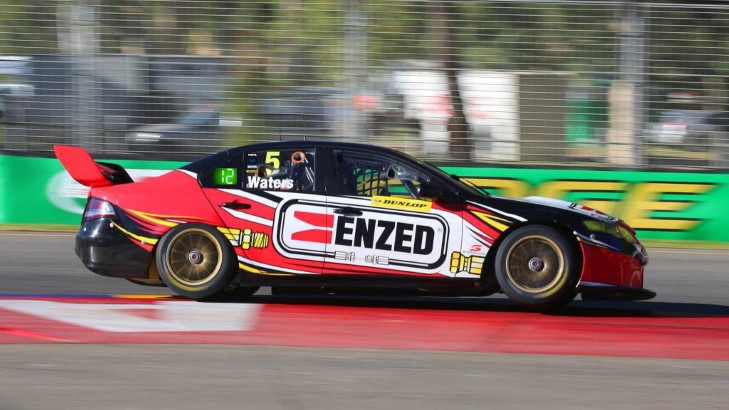 The V8 Supercars Dunlop Series will sport a new LED light system at the Supercheap Auto Bathurst 1000 that will display each car's race position.

The lights will feature on each car's rear quarter window and utilise the circuit timing loops on each sector to show its current race position as it circulates around Mount Panorama.

According to Director of Competition and Category Development Damien White, the SPAA05.com Leader Lights system is being investigated to communicate more to trackside fans as complex, strategy-fuelled V8 Supercars races unfold.

"The V8 Supercars Commission requested we explore what technology was available to provide fans around the circuit more immediate detail of the race order," White explained.

"Motor racing fans will have seen the SPAA05.com Leader Lights system used in IndyCar and the Rolex 24-Hour at Daytona - we've been in touch with the supplier and they've agreed to conduct a test with the Dunlop Series at Bathurst."

The introduction is a trial for the innovation, which will be used throughout Dunlop Series practice and qualifying sessions, as well as the race, which is a 250km mini enduro including pit stops.

While a basic system will be used for Bathurst, if fully implemented into the V8 Supercars Championship there would be the option to change the colour of the lights to indicate variables such as the tyre compound the car was running, if a primary or co-driver was in the car, or if a car had completed a pit stop or not. It could also flash up a pit stop time or indicate to marshalls if a car was stalled on the grid.

"The Dunlop Series 250 is well suited to testing the basics of the system; the pit stops adding an extra element to the trial we don't ordinarily have in their races," White explained.

"If it's functional in its basic form, and if the feedback from the trackside fans is favourable, we would submit it to the Commission for consideration."

If the Leader Lights were to be implemented into the V8 Supercars Championship, it would be for next year at the earliest. The lights are easy to install in the cars, estimated at taking under an hour per car.

Two SPAA05 staff will fly in from Holland to oversee the test during the Supercheap Auto Bathurst 1000.

The event is the sixth of seven rounds for the Dunlop Series in 2015, with valuable points on the line during Saturday's race. A number of Dunlop Series drivers will also double as co-drivers for Sunday's 1000.