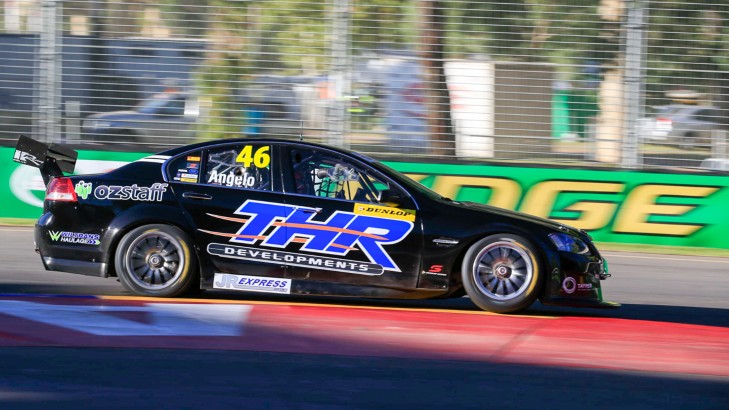 Jason Leoncini is set to join the V8 Supercars Dunlop Series grid at the upcoming Perth SuperSprint with THR Developments, filling the seat that was vacated by Chelsea Angelo.

Leoncini Motorsport confirmed Leoncini will pilot the ex-Jack Daniel's Racing Commodore driven by Angelo at the Clipsal 500 Adelaide, steering the #46 entry at the second round of the series in three weeks' time, as well as the following round at the Winton SuperSprint.

"I thought that I would have to do an entire year in the V8 Touring Cars to even have a chance of being picked up to compete in the V8 Supercars Development Series," Leoncini said of the opportunity with the Adelaide-based squad.

"Even then I wasn't sure I would be lucky enough to get the opportunity."

V8Supercars.com.au understands Angelo's management are currently working to secure sponsorship to see her return to the series.

She closed her Dunlop Series Clipsal campaign 19th in the points standings, behind teammate Douglas in 13th.

Chelsea Angelo  ›
Stay In The Know
Sign up to the Virgin Australia Supercars Championship Newsletter
We use cookies to ensure that we give you the best experience on our website. If you continue to use this site we will assume that you are happy with it.Ok