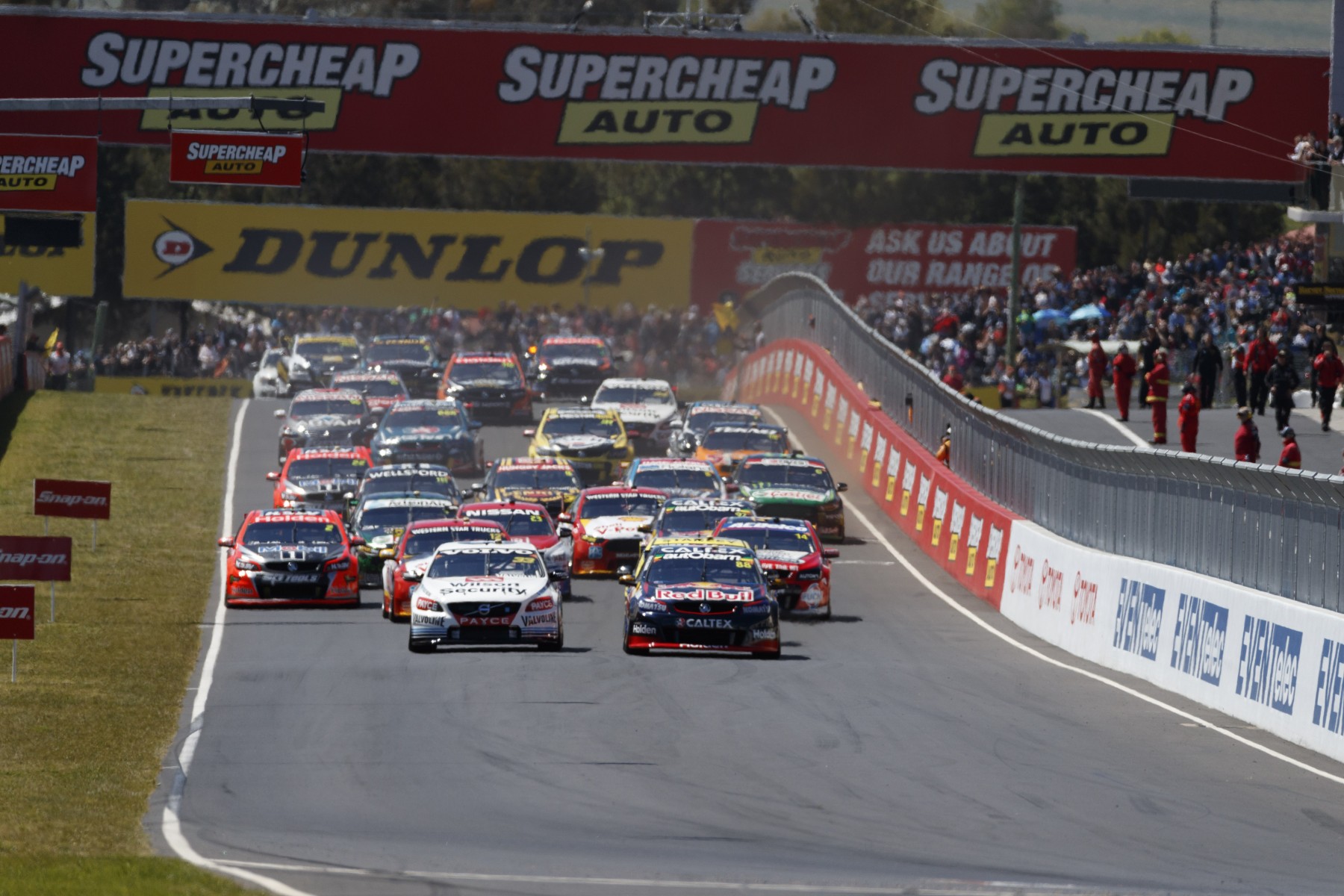 Four members of Supercars’ Hall of Fame will today help launch a ‘Heroes and Legends’ theme for this year’s Supercheap Auto Bathurst 1000.

Allan Moffat, Jim Richards, Colin Bond and Fred Gibson will be part of the event launch, which will take place at The Rocks in Sydney this morning.

This year’s event will place special emphasis on honouring the legendary drivers that have contributed to the race’s rich history.

October marks 40 years since Allan Moffat and Colin Bond took part in the one-two Moffat Ford Dealers team finish that remains one of the event’s most iconic moments.

That race will be a particular focus of the celebrations, with Moffat’s winning XC Falcon – and the recently launched Tickford Mustang tribute road car – both to appear at the launch.

Moffat, Richards, Bond and Gibson have 13 Bathurst wins between them as drivers, while Gibson took a further three as a team owner.

Richards’ tally of seven victories is second only to nine-time winner Peter Brock, who had the race’s trophy named in his honour following his death in 2006.

Reigning Peter Brock Trophy winners Will Davison and Jonathon Webb are among other guests scheduled to attend the launch.

Check back to Supercars.com later this morning for a special announcement from the event.