A number of V8 Supercars greats turned out this morning to celebrate the 500th Australian Touring Car/V8 Supercars event at the WD-40 Phillip Island SuperSprint.

Between them all, there’s 17 championship wins, 26 Bathurst 1000 victories and some incredibly memorable on and off-track rivalries. 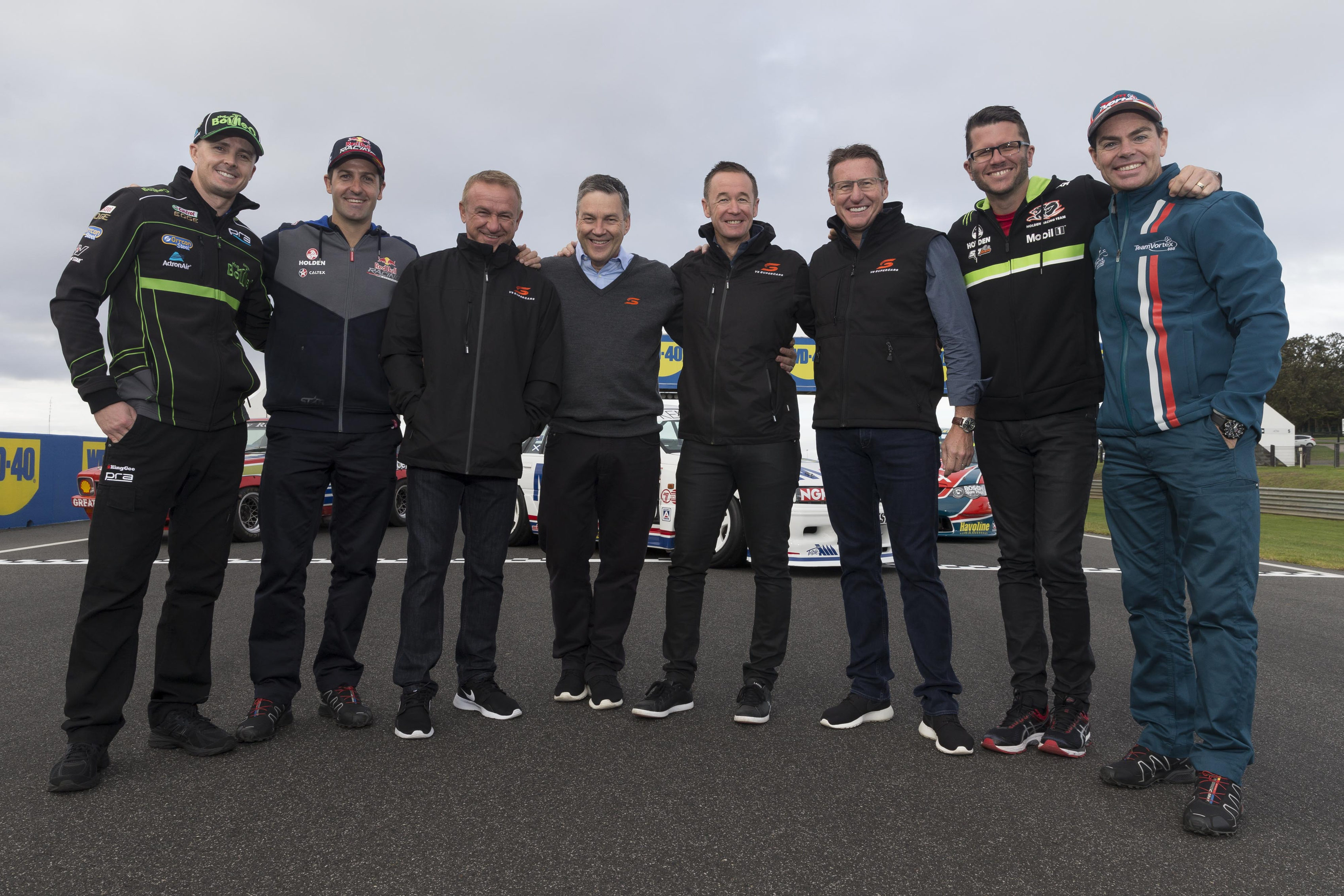 Ingall and Skaife found themselves face-to-face with the ‘Shriek at the Creek’ Falcon from their monumental clash in the 2003 Championship finale; and Garry Rogers’ 1978 Torana and ‘82 VH Commodore and the special Peter Brock-John Cleland 1993 VP Commodore acknowledged the earlier years.

“This milestone this weekend means a huge amount to Australian motorsport – 500 rounds of the ATCC/V8 Supercars Championship, celebrated at Phillip Island, one of the real heritage places in Australian racing,” Skaife said.

“Through the course of 50 rounds of the Championship we’ve seen Brock versus Moffat. In the old days it was Geoghegan and Bob Jane and Norm Beechey, right through to the modern era of Jamie Whincup and Mark Winterbottom.

“There’s been a Lowndes and a Skaife and a Seton, a Bowe – a lot of other guys in the mix at the same time. Guys like Jim Richards, one of the best drivers of all-time.

The milestone comes 56 years after the first Championship event was held at Gnoo Blas near Orange in February 1960.

Amazingly, Craig Lowndes has won a record 11 races at Phillip Island and has competed in more than half of the 500 rounds in his 20-year career.

He and Skaife won the Supercheap Auto Bathurst 1000 together in 2010 and have been two of the most prominent names in the category in recent years.

Who are those future names, and what is still to come?

“Where will we be in another 500 rounds? To me, that’s a great question and something in terms of market relevance, racing and venues we’ve been able to put on over the course of our history,” Skaife said.

“Our job is to keep entertaining, to keep offering the best form of motorsport, and I can’t wait to see what it looks like in another 500 rounds.”

The action kicks off at the WD-40 Phillip Island SuperSprint with final practice beginning at 11.30am local time, before qualifying and a 120km race.

2016 WD-40 Phillip Island SuperSprint  ›
Stay In The Know
Sign up to the Repco Supercars Championship Newsletter
We use cookies to ensure that we give you the best experience on our website. If you continue to use this site we will assume that you are happy with it.Ok