Nissan Motorsport has unveiled another tribute to the Japanese marque’s international racing heritage ahead of the Wilson Security Sandown 500.

Following the launch of American Brock Racing Enterprises liveries for the Kelly brothers, the team has launched a Calsonic look for Michael Caruso.

The blue of the automotive parts manufacturer, which is a major supplier of Nissan, is synonymous with the marque’s racing efforts.

Most famous of all was the Calsonic R32 GT-R that won the 1990 and 1993 Japanese Touring Car Championship titles held under similar Group A rules to that seen in Australia.

It is the latest GT-R tribute for Caruso and co-driver Dean Fiore, having last season marked 25 years since the marque’s 1991 Bathurst win with a one-off livery at Mount Panorama.

“Nissan has achieved a lot in global motorsport and there are so many great liveries to choose from," said Caruso.

"The Calsonic livery is one of Nissan's most famous and perfectly represents its racing heritage.

“The original Calsonic GT-R was so successful on the track. A perfect record is unheard of in motorsport, so this definitely elevates this car to legendary status. 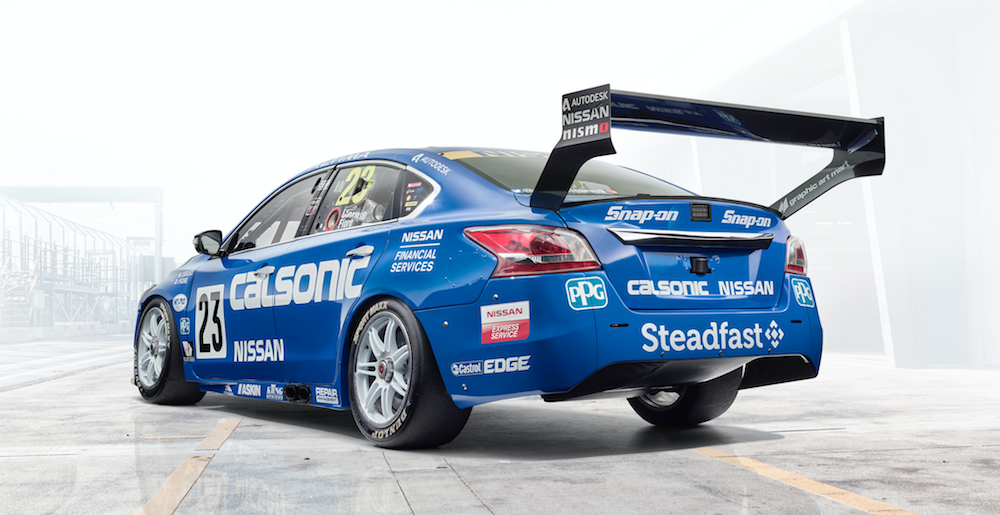 “Mark Skaife explained what it was like to drive and it sounded wild. What a beast! I hope I can emulate its success at the Sandown 500."

Calsonic continues to back Nissan’s motorsport efforts with a full-car sponsorship in the Japanese SuperGT Championship.

Caruso’s car will be on track at Phillip Island today alongside a Garry Rogers Motorsport Holden and Shell V-Power Ford for a Dunlop tyre test.

The four-car Nissan team will then test at Winton on Wednesday ahead of the September 15-17 Wilson Security Sandown 500.