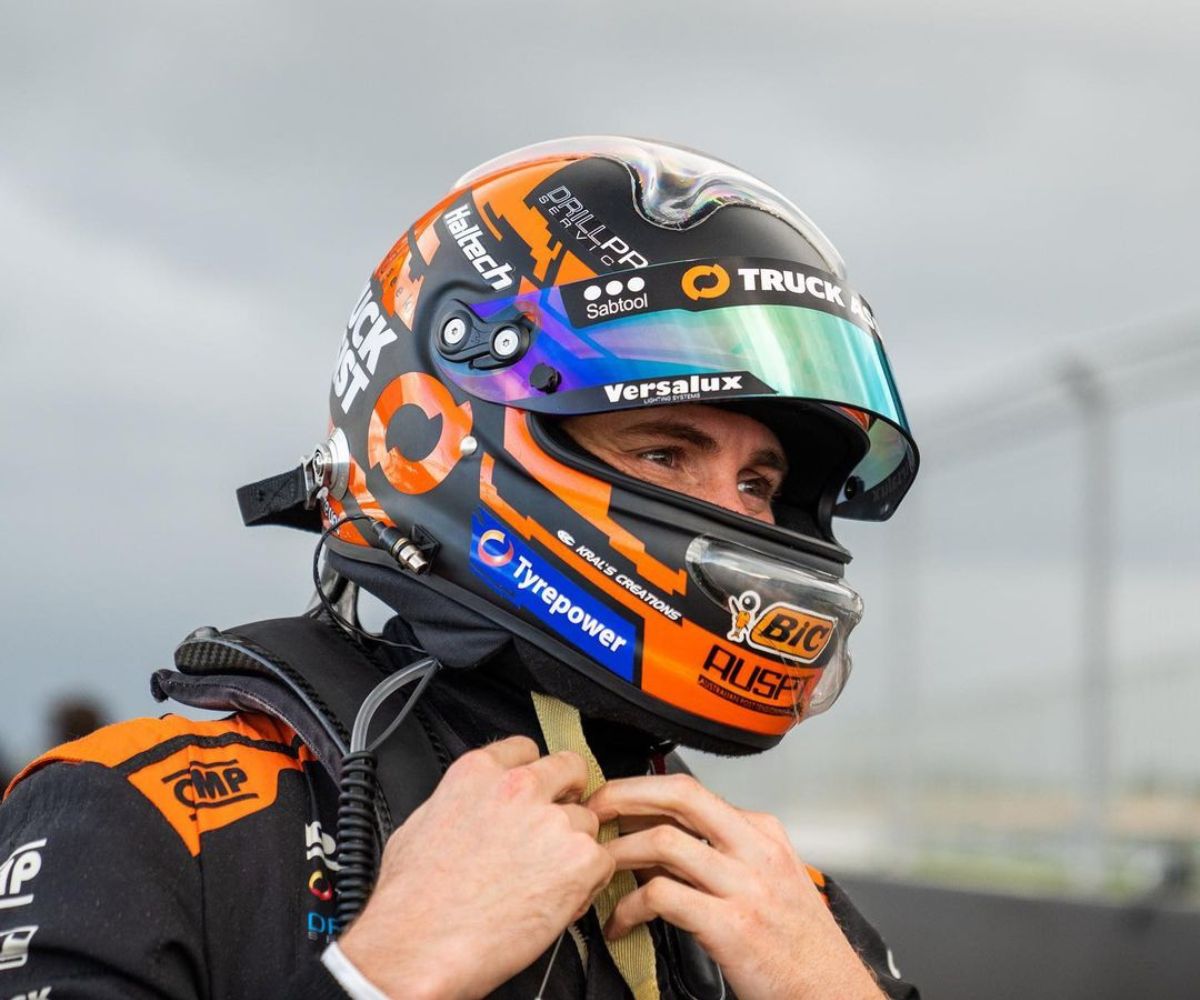 Jack Le Brocq has hailed the Gen3 aerodynamic package after cutting his first laps in the Camaro.

Le Brocq took to the Gen3 Camaro prototype at The Bend Motorsport Park on Monday.

The 30-year-old was joined in the Camaro by Matt Stone Racing teammate Todd Hazelwood.

It marked Le Brocq and Hazelwood’s first laps in the Gen3 Camaro.

The Gen3 Camaro and Mustang returned to the track after they made their Tailem Bend debut last Friday.

The Gen3 cars were lapped by Luke Youlden and Zane Goddard during the dedicated session.

The cars returned to the track on Monday during a scheduled ride day at the South Australian circuit.

MSR will campaign two Camaros when Gen3 debuts in 2023.

Speaking after Monday’s running, Le Brocq was pleased with the low-downforce car.

Le Brocq, like Percat, cited the advantages of running both Gen3 and current-spec cars on the same weekend.

“It's really good to be out here at Tailem Bend and driving the Camaro Gen3 car,” Le Brocq told Supercars.com.

“It's awesome. I'm actually very, very impressed with how it's all going.

“It’s an awesome bit of kit and it’s good to be out here over the weekend racing our current cars and then doing laps in the Gen3 car as well.

MSR made its main game debut with a sole Falcon in 2018 before shifting to a Commodore mid-season.

The Yatala-based team has ordered three chassis from PACE Innovations, and could run wildcards next year.

Le Brocq labelled the low-downforce cars as “sweet” and is already looking forward to 2023.

“The car definitely moves around a little bit more into the high-speed Turn 5,” he said.

“You can feel it starting to wander under brakes and it’s a little bit looser, but it's all those things you expect because we are trying to take the aero out of it.

“I think they've achieved that and provided a really solid package even with that less aero, they're actually a sweet car.

“They are still working hard to finalise everything but it's great. I'm looking forward to getting into the real thing next year and getting into it.”

Hazelwood collided with Le Brocq at Turn 6, which forced the latter into retirement.

The #34 Truck Assist Commodore driver finished 15th in the earlier race, which was headlined by a start-line crash for Thomas Randle and Andre Heimgartner.

The 2022 season will resume at the Penrite Oil Sandown SuperSprint on August 19-21.