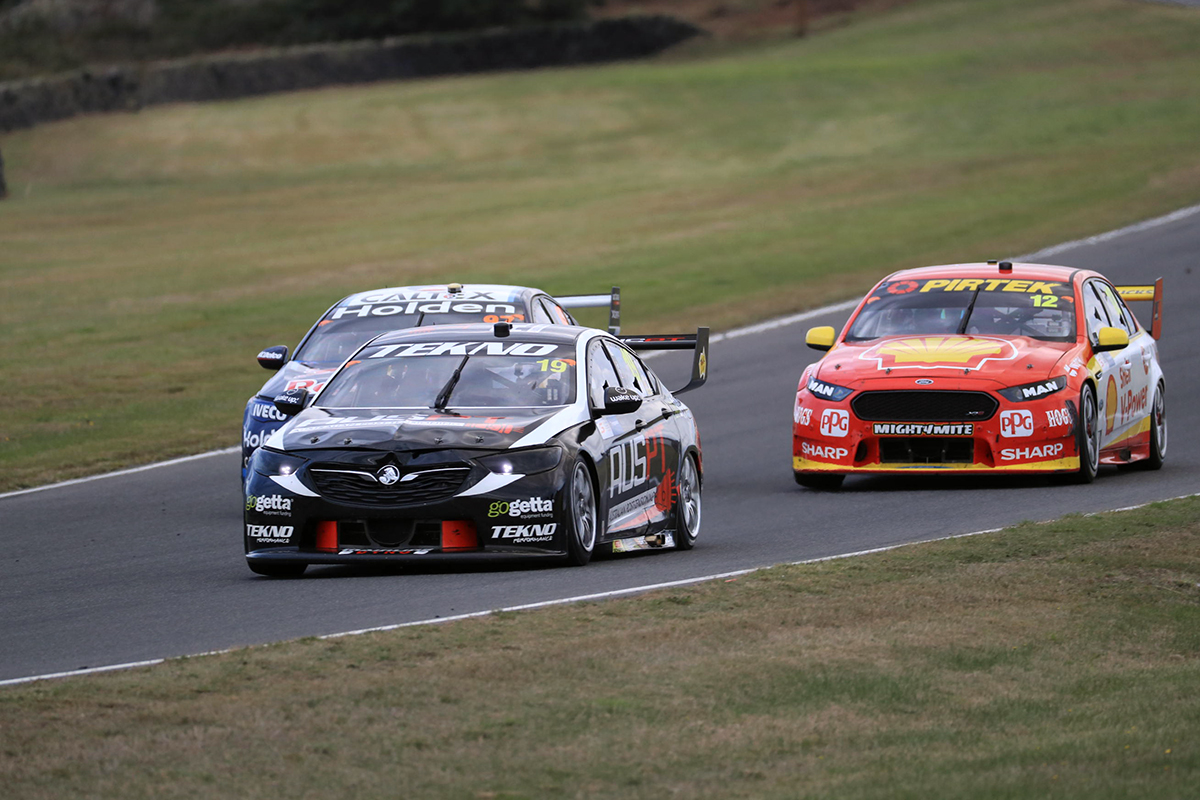 Supercars rookie Jack Le Brocq feared that a broken front splitter was going to cost him a standout fifth-place finish on Sunday at Symmons Plains.

Fifth in the eighth race of the season capped an impressive weekend for the 25-year-old, who graduated from Dunlop Super2 to the main game with Tekno Autosports for 2018.

Le Brocq had struggled across the opening two events in Adelaide and Albert Park, recording best qualifying and race results of 18th and 21st respectively.

A switch to right-foot-braking and a Symmons Plains circuit at which the Triple Eight Holden package was the clear pacesetter, however, laid the foundations for a breakout weekend.

Le Brocq qualified ninth and finished 10th on Saturday before improving to fifth on the grid and in the race on Sunday.

Nose-to-tail contact early in the race, though, almost proved the Tekno Holden’s downfall as the splitter vibrated and eventually broke away from its mounting.

“We had some contact at the start of the race that broke one of the mounts on the side and from there it starting deteriorating,” Le Brocq explained.

“The vibration started to creep in with 25 or 30 laps to go and eventually got worse and worse.

“Then it sort of just gave way when we got behind some of those lapped cars, which disturbed the air, and after that the vibration was pretty shocking.

“I was wondering how many laps to go, it was getting really bad in the last seven or eight laps, the whole car was just shaking through that right-hander.

“We were losing a lot of front downforce and it was hurting us in the braking zones, it definitely dropped off some speed.

“It hurts your confidence as well when you’re not 100 percent sure what’s happening under the car, so it was lucky we were able to hold off [Scott] Pye there.

“I was looking out to the left, seeing what was out there in case something went wrong. But we got lucky and it made it to the end.” 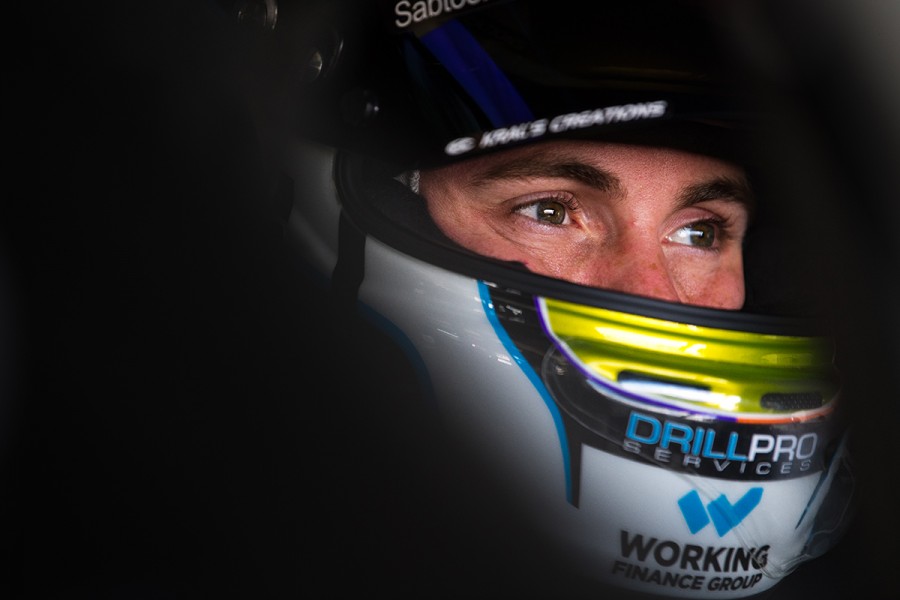 Le Brocq moved from 21st to 17th in the championship across the weekend and is looking forward to making further gains at Phillip Island in two weeks.

“I’m really happy. It’s been a big improvement from the Grand Prix,” he said.

“There we showed glimpses of improvement, but I’ve worked hard to be more consistent and do the job properly, piecing laps together without making any mistakes.

“With the whole right-foot braking thing it’s all gelled together a little bit more.”