LDM’s blast from the past 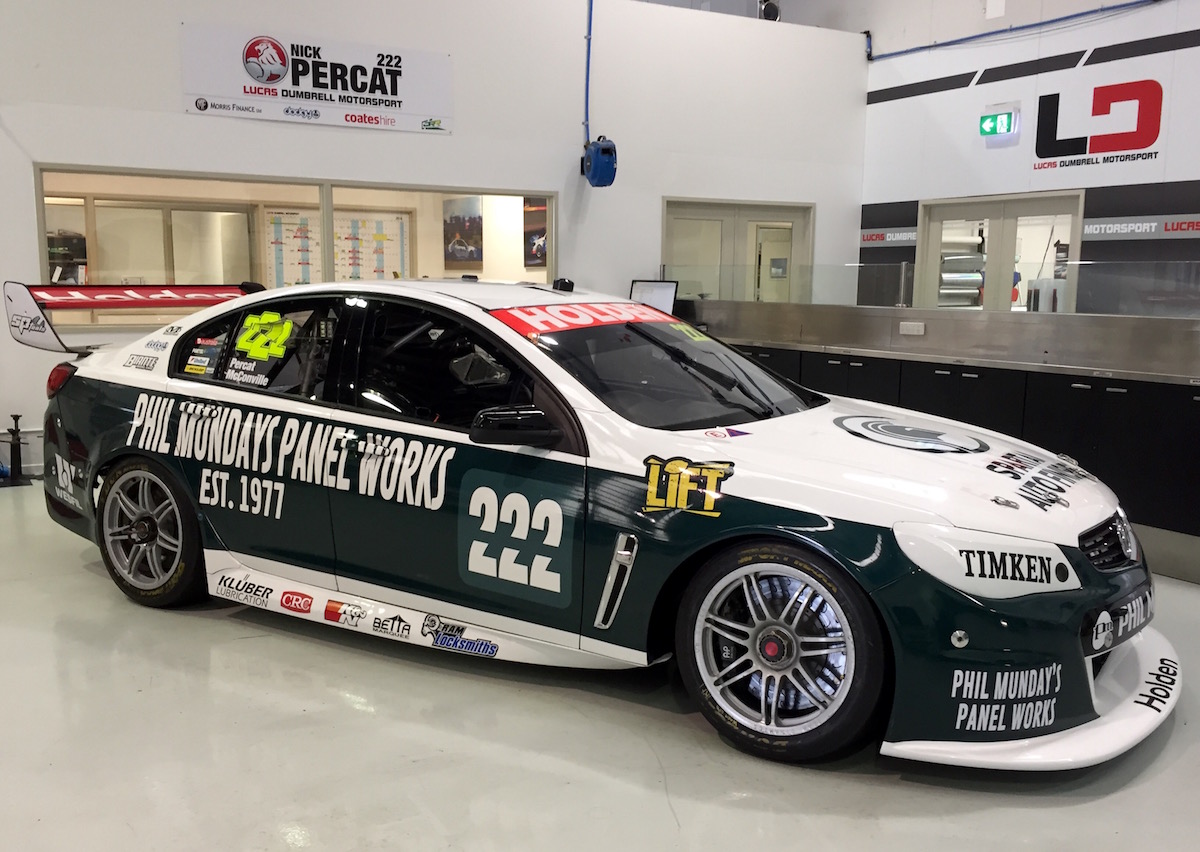 Lucas Dumbrell Motorsport has had a different take on Sandown’s ‘retro round’ theme by celebrating a special piece of Phil Muday’s history.

Munday has been a long-time valued supporter of LDM, so the final design of the #222 Holden Commodore has been inspired by a sprint car Munday used to support back in the '70s.

The livery – on the car driven by Nick Percat and Cameron McConville – incorporates a design from Munday’s company logo from the very first panel shop he opened up in 1977 in Bayswater, Victoria.

Munday was thrilled to see the car in the flesh, with the team testing today at Winton to prepare for the enduros.

“This was my very first company logo – it’s hard to believe it was almost 40 years ago,” Munday laughed.

“It’s great to have a retro round where everyone has the chance to show off their old school designs.”

Team owner Lucas Dumbrell was pleased to get on board and support the Wilson Security Sandown 500 retro round and acknowledge the importance of Munday.

“It was great that we could show off Phil’s very first company logo and incorporate it into a full livery, I think the design has come up great,” said Dumbrell.

Both of the LDM Holden Commodores will show off their new looks at today’s test day at Winton Raceway, with Andre Heimgartner securing backing from Plus Fitness through co-driver Aaren Russell, who will have his first official steer of the LDM Commodore.