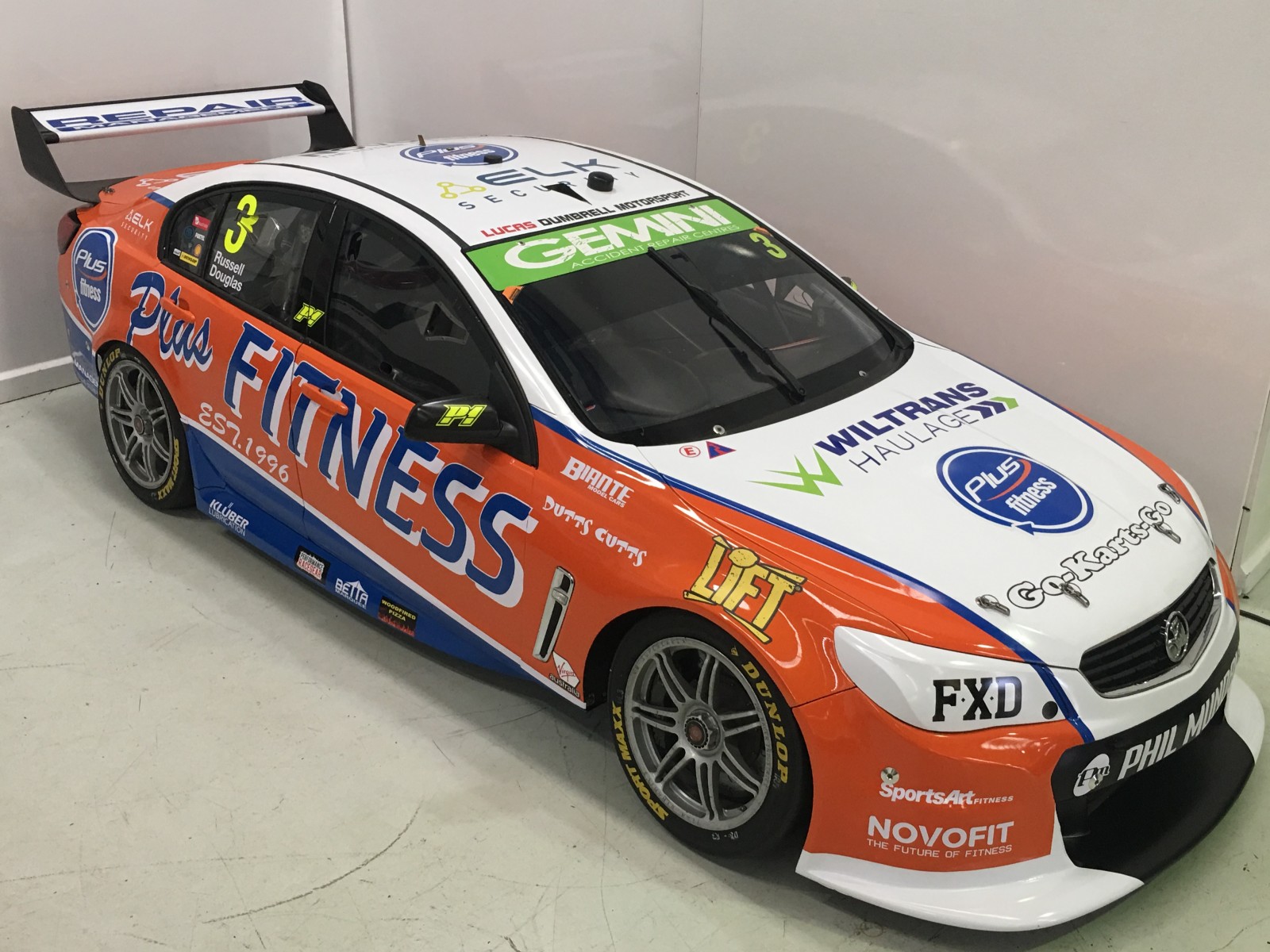 Lucas Dumbrell Motorsport has taken the covers off the first of its Wilson Security Sandown 500 retro liveries, for the #3 Commodore to be driven by Aaren Russell and Taz Douglas.

Russell’s sponsor since the 2014 Bathurst Super2 event, Plus Fitness will mark its 21st birthday this year by reverting to its inaugural logo and branding from its launch in Sydney in 1996.

“We have used our first ever logo, which we all thinks looks pretty retro even for the 90s, so we are confident the car will look great on track,” Plus Fitness founding director John Fuller said.

Both Russell and Douglas have driven for LDM this year, but are rejoining the team for the endurance races.

Douglas started the season in the #3 entry, contesting the first four events, while Russell drove the Commodore in Townsville and will also race it in the season finale in his native Newcastle after PIRTEK Enduro Cup.

“Without their commitment to me, I wouldn’t have been able to continue with motorsport, so I owe them a lot,” Russell said of Plus Fitness.

“To know you have people who believe and back you 100% is incredible and over the years they have become more than just a sponsor. We have developed such a great relationship and friendship.

“We look out for each other and all want what’s best for both parties, so I’m really excited to be able to get back into the Supercars Championship and show off our Plus Fitness livery.”

Russell, who also drove for LDM in the 2016 enduros alongside Andre Heimgartner, is entered as the car’s primary driver.

Alex Rullo will be joined in his #62 Commodore by Alex Davison, who raced the #3 car at Queensland Raceway and Sydney Motorsport Park.