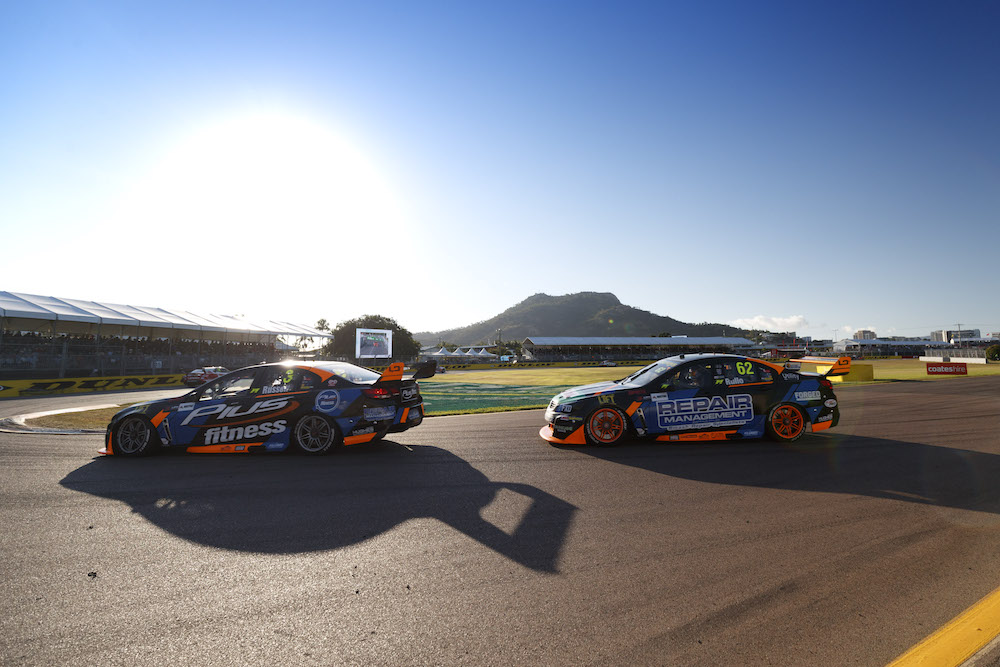 Lucas Dumbrell Motorsport is poised to switch from Holden to Ford next season as part of extensive plans to rejuvenate the minnow outfit.

The team has struggled through recent seasons with its ageing Commodores, which were built by Triple Eight ahead of the 2013 season.

Dumbrell has confirmed to Supercars.com that discussions have taken place with Prodrive about securing FG X Falcons for next season, but insists that no deal is done.

The manufacturer switch would coincide with a planned renaming of the team and equity buy-in from long-time sponsor Phil Munday.

“We’ve had discussions with Prodrive, but we’ve spoken to others as well. There’s nothing done. We’re still looking at our options,” Dumbrell told Supercars.com.

Dumbrell’s team has run Holdens since its debut in the championship in 2010, enjoying strong backing from the brand under former motorsport manager Simon McNamara.

Despite the history, Dumbrell said he’d have no hesitation in switching brands if it meant securing a more competitive package.

“At the end of the day you’ve got to do what’s best for the team as a business,” he said.

“There’s been a lot of change in the last 12 months with how Holden has dealt with its motorsport program.

“When they had Simon McNamara he was very dedicated to assisting every Holden team, including a panel program, which is no longer the case.”

Although the details of the proposed tie-up with Prodrive are unclear, having LDM as a customer could provide a home for Richie Stanaway.

The Kiwi is under contract to the team for 2018, but may not have a seat in its full-time line-up if #56 Racing Entitlements Contract holder Jason Bright continues.

Dumbrell meanwhile confirmed that Munday, who has sponsored LDM for several years through his Repair Management Australia business, is set to take a stake in the team.

A new workshop is being built alongside Repair Management’s existing facility in Kilsyth, Melbourne, ahead of 2018.

“Phil has been a part of LDM for a number of years and, while he’s retired from his main business, he isn’t the type of bloke to sit around doing nothing,” explained Dumbrell.

“We’re still working out what the shareholding will be, but I’m certainly not stepping away. It’s very much going to be a joint team.”