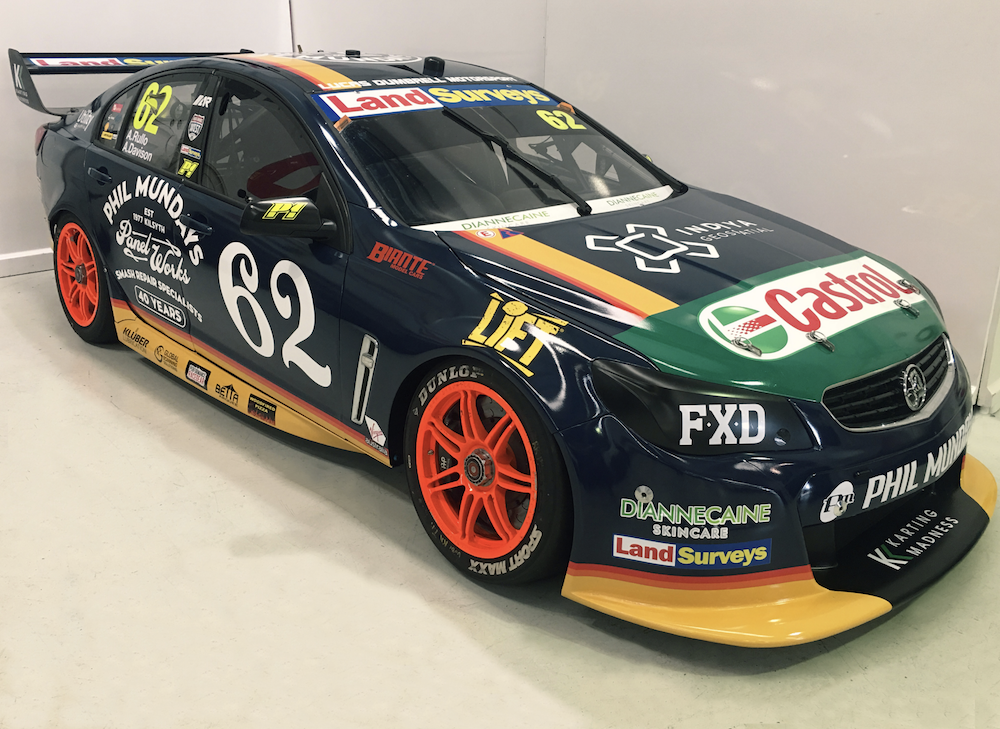 Lucas Dumbrell Motorsport will mark 40 years in business for key sponsor Phil Munday with its one-off livery for the Wilson Security Sandown 500.

One of several teams to opt for a period-look livery, rather than a direct homage to a race car of days gone by, the Alex Rullo/Alex Davison entry has taken on the original logo of Phil Munday’s Panel Works.

Munday has been a vital supporter of the minnow outfit in recent years through his Repair Management Australia business, helping keep the two-car team on the grid.

The #62 Commodore’s retro look has been unveiled following that of its #3 entry, which will celebrate 21 years for its sponsor, Plus Fitness. 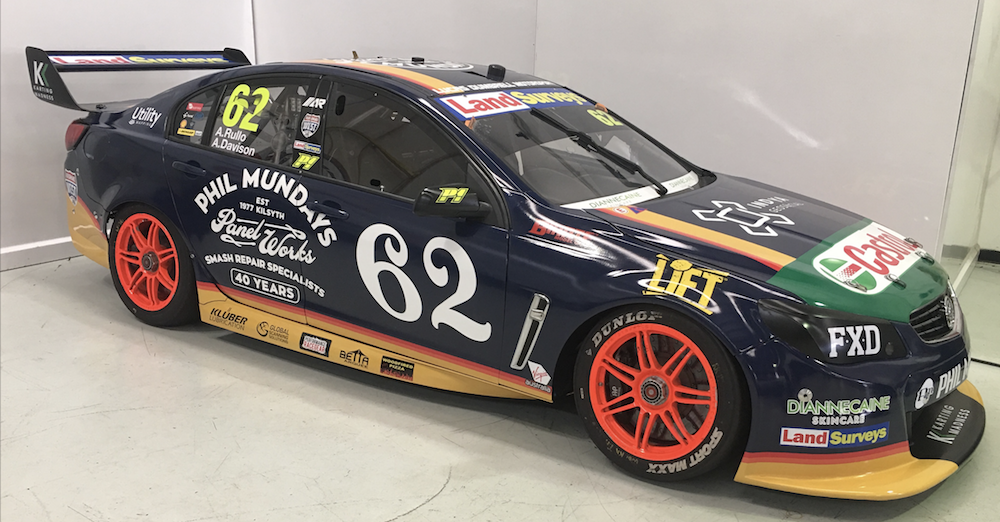 “I started in business when I was 19 with a small panel shop, this was my very first company logo. It’s hard to believe it was almost 40 years ago,” said Munday.

“Our livery is based around the 40 year anniversary this year, we have had some retro themed t-shirts made for all our long time staff who have worked with me over the 40 years.

“The design turned out so well we decided to carry it across to the retro round as it was a great celebration of the business.

“It’s great to have the retro round where everyone has the chance to show off their old-school designs. A lot of creativity and thought goes into this round.”

The Phil Munday’s Panel Works retro look is meanwhile being used across both its Supercar and Carrera Cup Porsche, which is driven by Cameron McConville.

Something special and retro for Sandown for my great supporter Phil Munday and TIMKEN #retro #zagame pic.twitter.com/2jThHjH1In

Davison will also continue in the Porsche class at Sandown, performing double-duties alongside his LDM drive at all three PIRTEK Enduro Cup events.