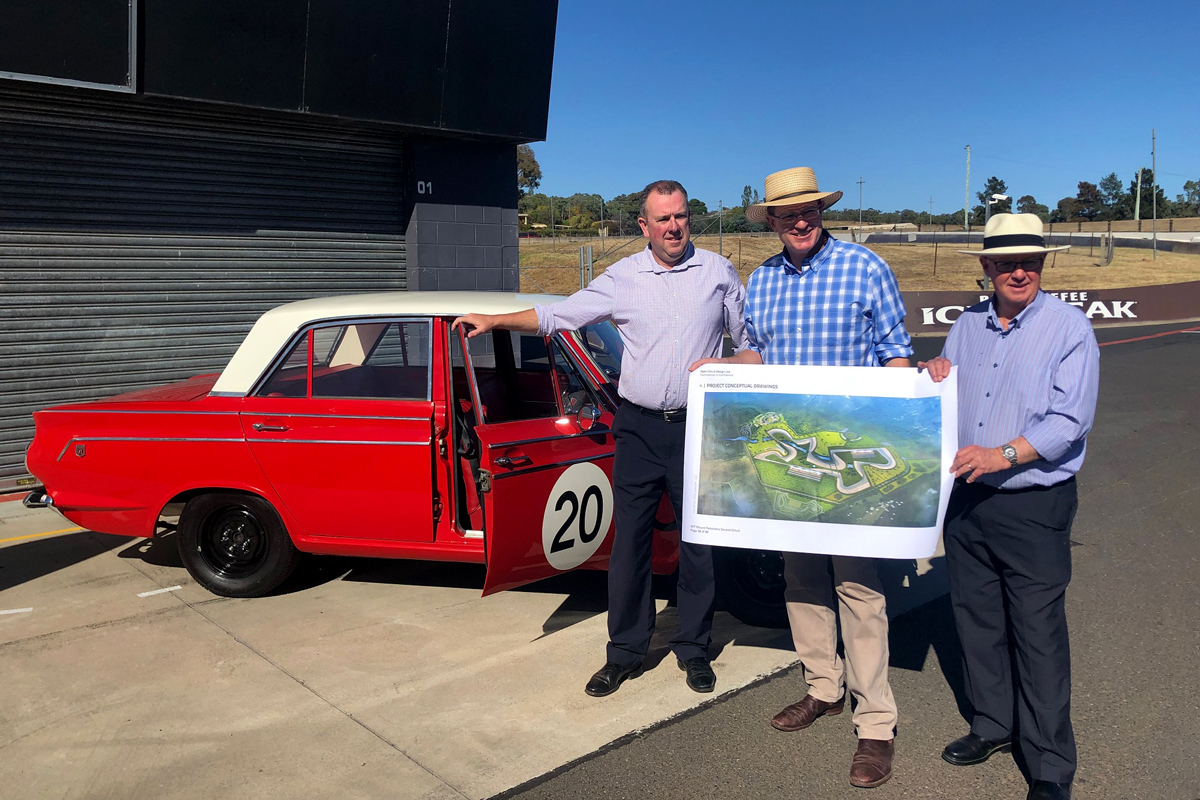 Plans for a second circuit at Mount Panorama, Bathurst continue to gain momentum, with the Federal Government pledging a further $2.5 million to the project.

The funds were announced by the Federal Member for Calare, Andrew Gee and Bathurst Mayor, Cr Graeme Hanger this morning in the pitlane of the existing circuit.

To be built to the south of the existing track and cater for both cars and motorcycles, planning for the second circuit is well advanced.

Last July, British firm Apex Circuit Design won a tender to design the facility, while today’s funding contribution is slated for construction of the track and stage one of the pit complex.

The latest funding comes from the Federal Government’s Building Better Regions Fund (BBRF), from which $10 million was already pledged to the Bathurst project in 2017.

A total of $15 million in New South Wales State Government funding has also previously been pledged for the project, which is estimated to require $50 million. 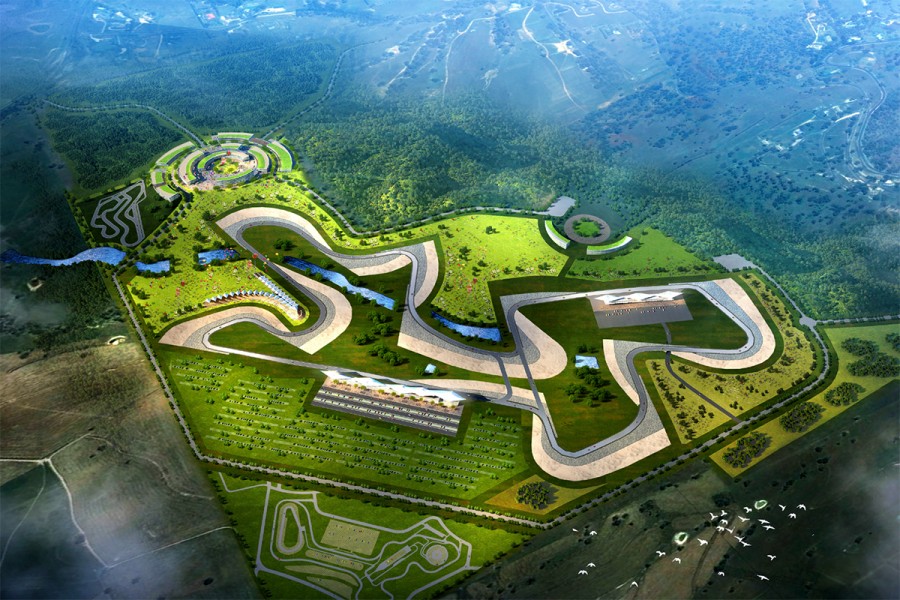 A concept sketch of the circuit

“After years of lobbying and many meetings down in Canberra, I’m delighted to be able to deliver a further $2.5 million towards the second circuit at Bathurst’s world-renowned Mount Panorama,” said Mr Gee.

“This takes the total investment by the Federal Government to $12.5 million.

“When complete, the second circuit at Mount Panorama will cement Bathurst as the racing capital of Australia with the return of motorcycles for the first time in more than 100 years.

“It’s projects such as this that make our regional communities such wonderful places to live, work and raise a family and I’m excited to see the positive benefits that this will bring to the entire Central West.”

Added Cr Hanger: “We are very pleased with this announcement which brings us another step closer to bringing the second circuit to reality.

“The second circuit, and associated infrastructure, will significantly boost the local economy and attract commercial and industrial infrastructure that will provide more jobs and tourism opportunities, as well as drive business development.”

The existing facility, which hosts the Supercheap Auto Bathurst 1000 and Liqui Moly Bathurst 12 Hour, will be unaffected by the second circuit.

A second layout would, however, be a potential candidate to host a Supercars sprint event, should the project come to fruition.