Catching David Reynolds late in Practice 2 for the Perth SuperSprint proved costly for Craig Lowndes, who finished Friday at the foot of the Supercars times.

Drivers were eyeing the top 10 in practice at Barbagallo Raceway, positions that came with a free pass for the first phase of ARMOR ALL Qualifying on Saturday.

As laps on fresh tyres flew in, Lowndes was 10th with five minutes remaining but ultimately did not improve and fell to 26th place by the end.

Lowndes set a personal-best time through the first sector on his final run, but caught Reynolds - not on a flying lap - through Turn 5 and had to abandon the lap.

An effort to salvage a time with his second lap was in vain, despite improving through the first two sectors, finding more traffic at the final corner.

Tyre degradation was also hurting, Lowndes noting “you only get one lap around here” with fresh rubber.

“The format for practice is obviously to miss [contesting] Q1, we're now in Q1, so we'll deal with that tomorrow,” he said.

“Disappointing, the car was much better than where it ended up.

“We had a good first sector, we got past a couple of cars over at [Turn] 3 and into 4, as we were going into 5 we caught a competitor and had to run really wide.

“I was completely wide, which ran me wide into Turn 6. It's one of those things, but you lose the goodness of the tyre around here and you lose a lot of time.

“It was it is, we know where's the car's at, we know the car was really good and we'll look forward to now doing Q1 and moving forward.” 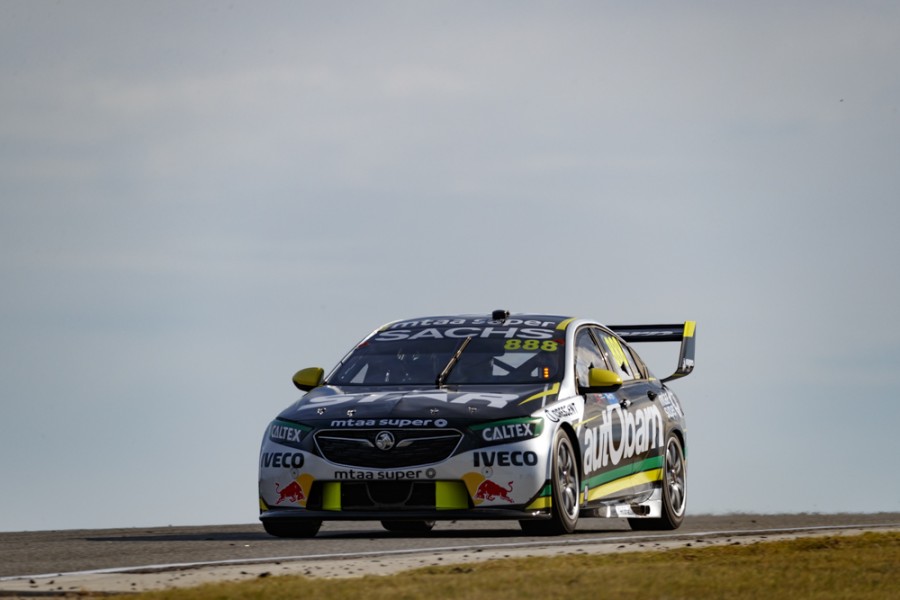 The polesitter the last time the qualifying format was used in Tasmania, Lowndes is confident that he would have been inside the top 10 and that he can still make inroads through the three stages.

“I think if you look at our first sector in that first lap we were quite strong, so if had completed the lap, we should have been in the 10 somewhere, which is what we were aiming for,” he said.

“We did a race run then, the car was really good on the tyres, which it normally is, so I'm looking forward to tomorrow.”