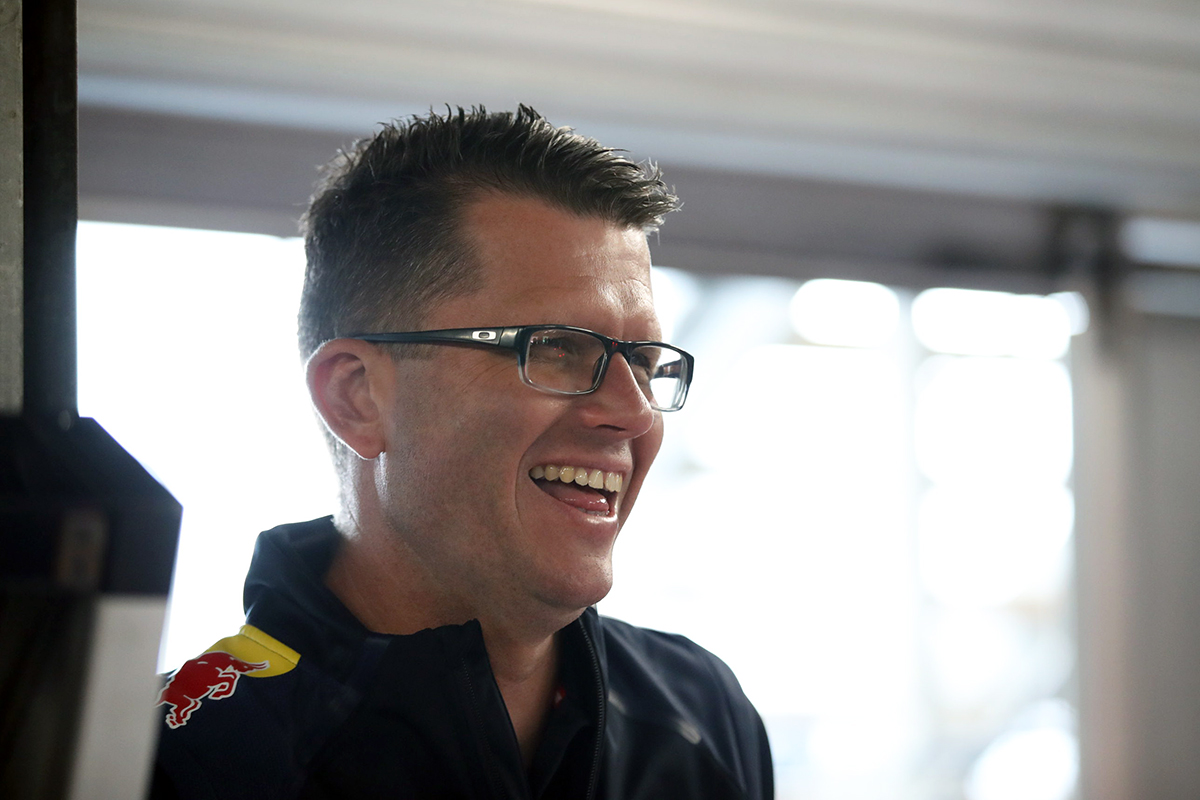 A late call to bring a helmet and spare racesuit from home paid off for Garth Tander at Phillip Island’s pre-season test.

Not originally scheduled to turn laps amid a busy program for the Red Bull Holden Racing Team’s regular drivers, Tander was given a brief run in #97 Commodore late in the day.

It marked Tander’s first taste of Triple Eight machinery, having been snapped up to partner Shane van Gisbergen following a sudden end to his full-time driving career.

Jamie Whincup’s co-driver Craig Lowndes was not in attendance, the team instead focused on a development program, largely based around linear spring damper work.

“The original plan was that I wasn't going to be doing laps, and that was fine,” explained Tander, who is yet to receive his Red Bull racesuit from the team.

“The plan was just to come down and do what I was doing, basically put the headset on and just listen in and learn the garage.

“And then [on Wednesday] Dutto (team manager Mark Dutton) texted me and said, 'it wouldn't hurt if you just threw your gear in the car'.

“I actually texted him back and said, ‘mate, any racecar driver worth their salt will always have their gear in the back of the car’.

“So I just brought it down and there was no guarantee that I would be jumping in the car, which was cool because it was never the plan for me to jump in the car.

“Then Shippy (van Gisbergen's engineer Grant McPherson) said, ‘go ahead and get your gear on and we'll give you a few laps’, so that's what we did.”

Tander said his brief run wasn’t enough to get a full understanding of the Triple Eight machinery, but allowed him to tick a few boxes well ahead of the PIRTEK Enduro Cup. 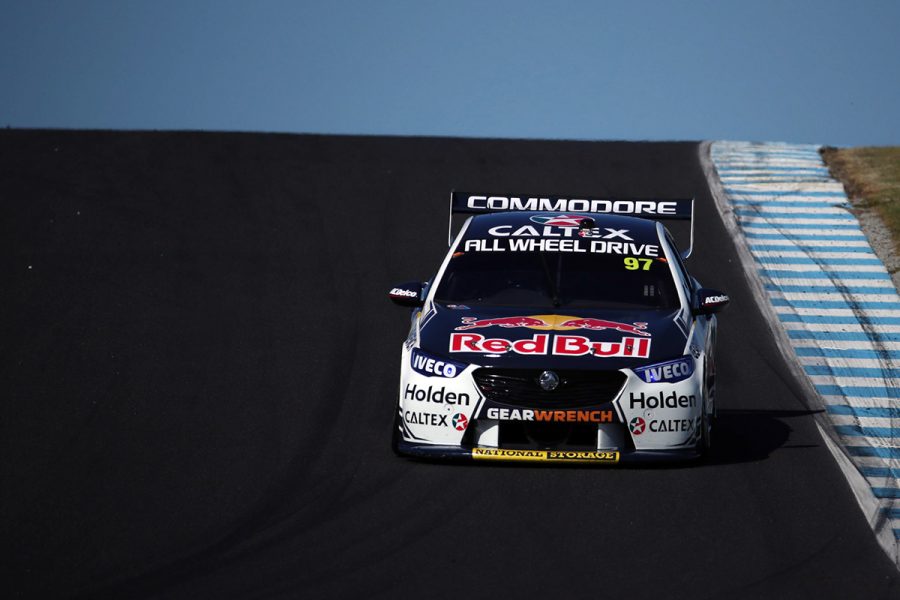 “Everything in the car feels nice,” he noted.

“It was just making sure I was comfortable with how the brake pedal felt because that's such a big, integral part of how I drive the car.

“So the brake pedal and the brake consistency of the car, the steering weight, all those sorts of things, that's what it was all about for me.

“The car is probably not exactly where they want it to be right now, but driving the car, you can feel the base of the car is very, very strong. It was good to experience that.”

The laps also included a unique first for Tander, who at 192cm is just four centimetres taller than van Gisbergen.

“It's the first time I've ever felt too low in the car and I was looking over the steering wheel!” he smiled. “That’s not a bad problem to have.”

Having raced against Triple Eight for the bulk of his career, Tander says he’s quickly adjusted to life in a Red Bull shirt, but is coping some stick from others in pitlane.

“Certainly when I first did the photoshoot [in January] and all that, it felt not normal,” he said.

“But now, even just being here, the team has been fantastic, really welcoming.

“So I feel really comfortable in the garage and having a few jokes with a few mates up and pitlane.

“They're taking the piss out of me, but that's fine. Hopefully we have the last laugh in the last quarter of the year.”