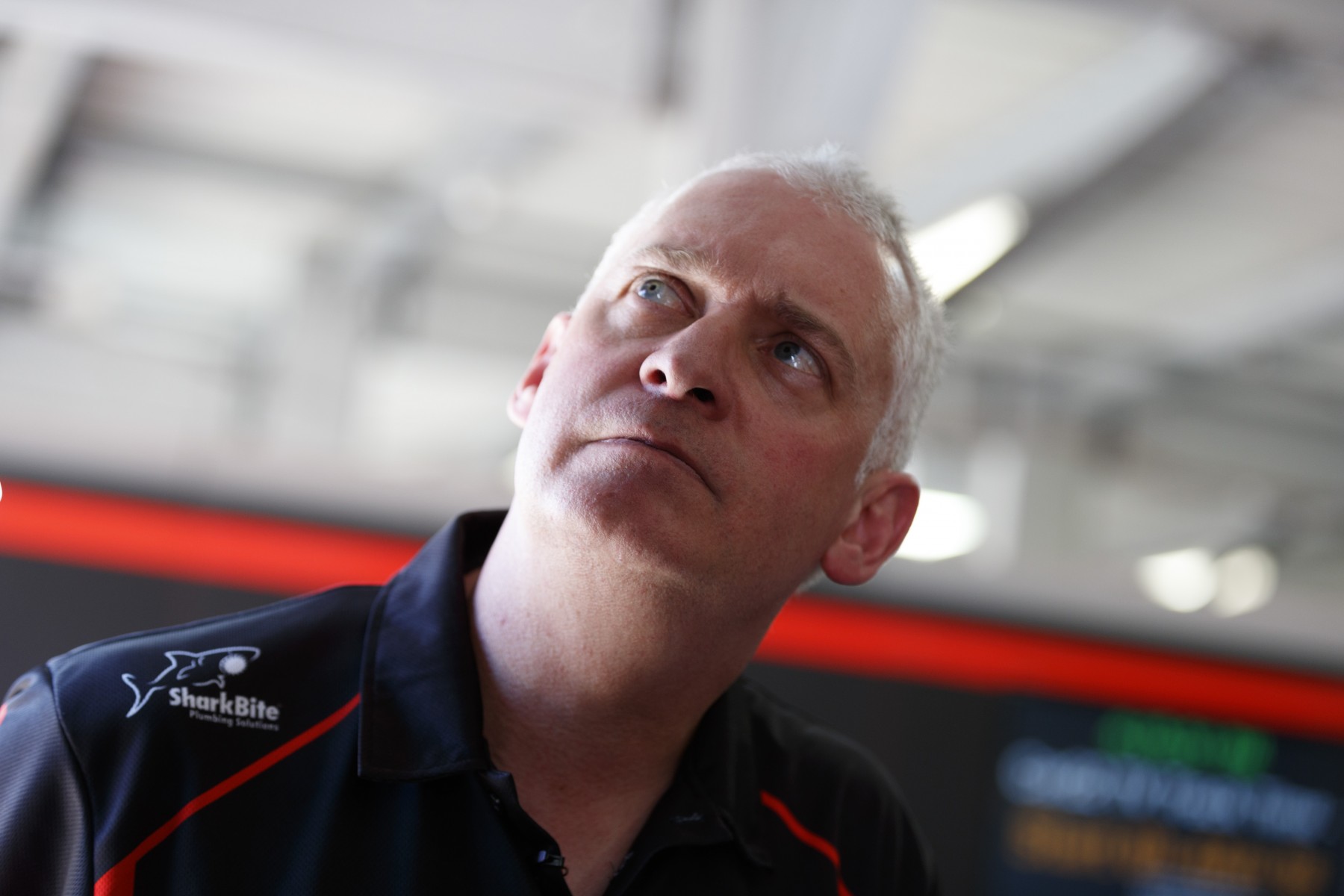 Burgess’ contract with the Ryan Walkinshaw-led team was terminated with immediate effect late last week following the latest in a series of poor performances at Barbagallo.

Walkinshaw had poached Burgess from Triple Eight midway through 2013 as part of an aggressive bid to return the then Holden Racing Team to the top in Supercars.

“That blindsided all of us. Adrian is one of the key players in our game,” said Larkham.

“You’ve got drivers, you’ve got team principals but there’s guys that sit in the middle of them. There’s only three or four that I really rate and he’s right at the top of the tree.

“It’s a big call to get rid of him. There’s obviously some cultural issues down there.”

Larkham questioned Walkinshaw’s approach to running the team alongside a variety of other business interests around the world.

Although the Roger Penske-owned Shell V-Power Racing is currently the category’s form team, Larkham pointed to the success of other owners who are intimately involved with their squads on a day-to-day basis.

“There’s issues here for me around leadership,” continued Larkham.

“That’s taking nothing away from Ryan, he’s across it, he’s got to travel around the world, but Adrian has got a much bigger role to play in that game then just running the race team.

“I’ve been lucky enough to see what wins and what loses down pitlane. Garry Rogers, Brad Jones, Roland Dane, those guys are on the ground every weekend and back in the workshop.

“Ryan Walkinshaw because he runs a raft of very successful businesses means he’s not. He’s there at some of them and that leaves Adrian to run everything. I think that’s hard.”

In addition to a statement issued on Friday, Walkinshaw tweeted that it’s “never nice having to make a tough decision like that, but sometimes to improve performance you have to change the coach”.

Never nice having to make a tough decision like that, but sometimes to improve performance you have to change the coach. Thanks for support!

We all wish @atb1969 the best in the future. He's a good guy and he has had success before and will again.

Burgess enjoyed a close bond with the team’s star driver James Courtney, having worked together during the driver’s formative years in British Formula 3 before reuniting at DJR.

Courtney did not hide his frustration at Barbagallo, publicly calling for ‘big changes’ after a weekend in which he questioned the performance of his chassis that had been parked midway through last year following similar complaints from Garth Tander.

While Courtney is yet to speak publicly since Burgess’ sacking, he told RPM last week that he felt it important that fans saw his displeasure.

“We’d just all come to a point in Perth where really I’d had enough. I want to win, I want results,” said Courtney.

‘The guys in the team want the same thing. I think our fan base needed that emotion to see that we are hurting. We’re not just glazing it over saying ‘it’ll be alright’.

“We’re not hitting the marks, we’re not developing as fast as what they are and we’re not achieving the results,” he added of the squad’s performance.

“Us qualifying at best midfield is horrendous. It’s something I’m not proud of and nor is anyone in the team happy with it.

“We’re just working flat-out at the moment to try and fix and rectify those situations and bring the car speed back. We need it. That’s why we’re all in this business.”

Courtney and team-mate Scott Pye sit 15th and 18th in the Virgin Australia Supercars Championship standings ahead of this weekend’s Winton SuperSprint.