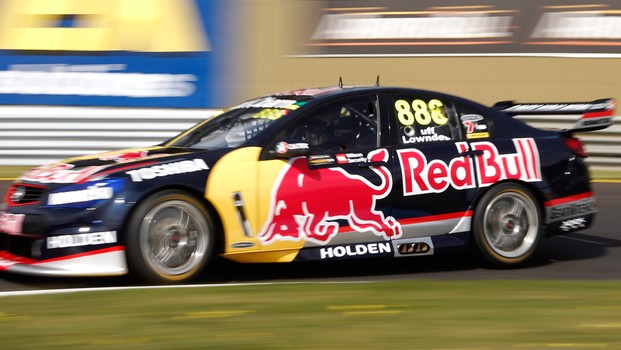 Will Davison smashed his own lap record during the day’s final practice session of the Wilson Security Sandown 500. However, he was reduced to third after Red Bull Racing’s Craig Lowndes and Erebus Motorsport V8’s Lee Holdsworth improved on the time, Lowndes recording a 1min08.9334 to record the day's quickest time and set the new practice lap record.

A final practice session follows tomorrow morning at 10.20am AEST, for all drivers. A qualifying session, co-drivers race and main series driver race follows to determine the starting positions for Sunday’s race, the first of the PIRTEK Enduro Cup.

Will Determined to Take Points Lead

Whincup: I've Got Some Work to Do

Warren Luff  ›
15' Red Bull Racing Australia ›
2013 Wilson Security Sandown 500  ›
Stay In The Know
Sign up to the Virgin Australia Supercars Championship Newsletter
We use cookies to ensure that we give you the best experience on our website. If you continue to use this site we will assume that you are happy with it.Ok