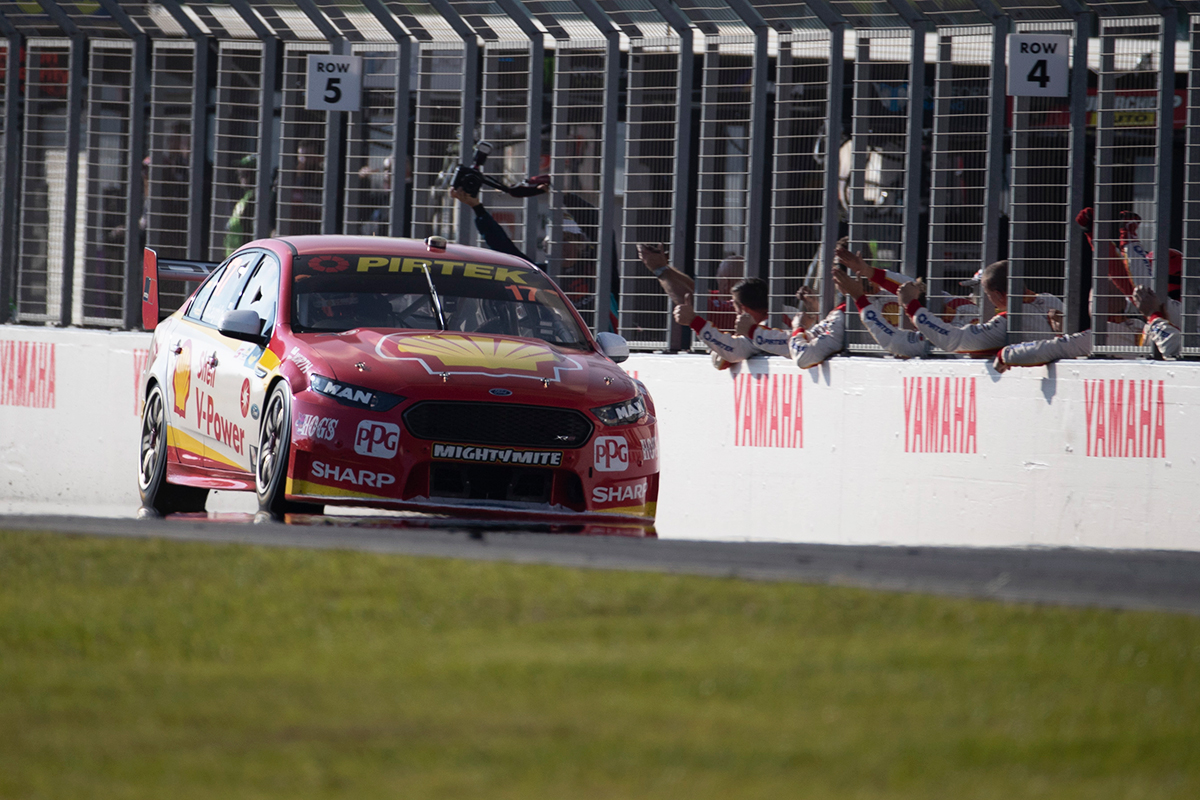 A pair of AMROR ALL Poles and race wins marked the perfect weekend for the Shell Ford driver, who spoke on Sunday of his relief to convert his speed into championship points.

Still chasing a maiden title after his final-round heartbreak in Newcastle last November, McLaughlin’s Saturday win moved him to the top of the points table.

While Saturday burnouts are rarely seen, spectacular Sunday celebrations have become a tradition, especially for the typically-enthusiastic McLaughlin.

The 24-year-old explained that a lack of a burnout on Sunday was to allow the team to get an accurate post-race read on tread depths.

“It’s a little bit annoying, but the tyres here are really important for us to get some depths and understand where we were set-up wise,” he said.

“So Ludo [Lacroix, engineer] put a lid on it, he actually said on the track walk, if we were to win, there was no burnouts for either me or Fabs [Fabian Coulthard].

“Hopefully we win more races and can do more burnouts later on in the year.”

Tyres are always a talking point at Phillip Island and were especially so on the weekend, after last year’s spate of failures.

Having moved back to the 2016-construction rubber for this season, the weekend had just one failure – a right-front for McLaughlin during a long run in opening practice.

“I had a failure on Friday and was pretty nervous in the races,” he said of the tyre situation.

“Just with long, loaded corners, and when I was behind another car, the Nissan [Michael Caruso] in that [Sunday] race, I was burning up the tyre quite hard.

“We managed to hold that pretty well and were pretty safe, but you always have it in the back of your mind, waiting for it, especially around a track like this. It’s never a small crash.”