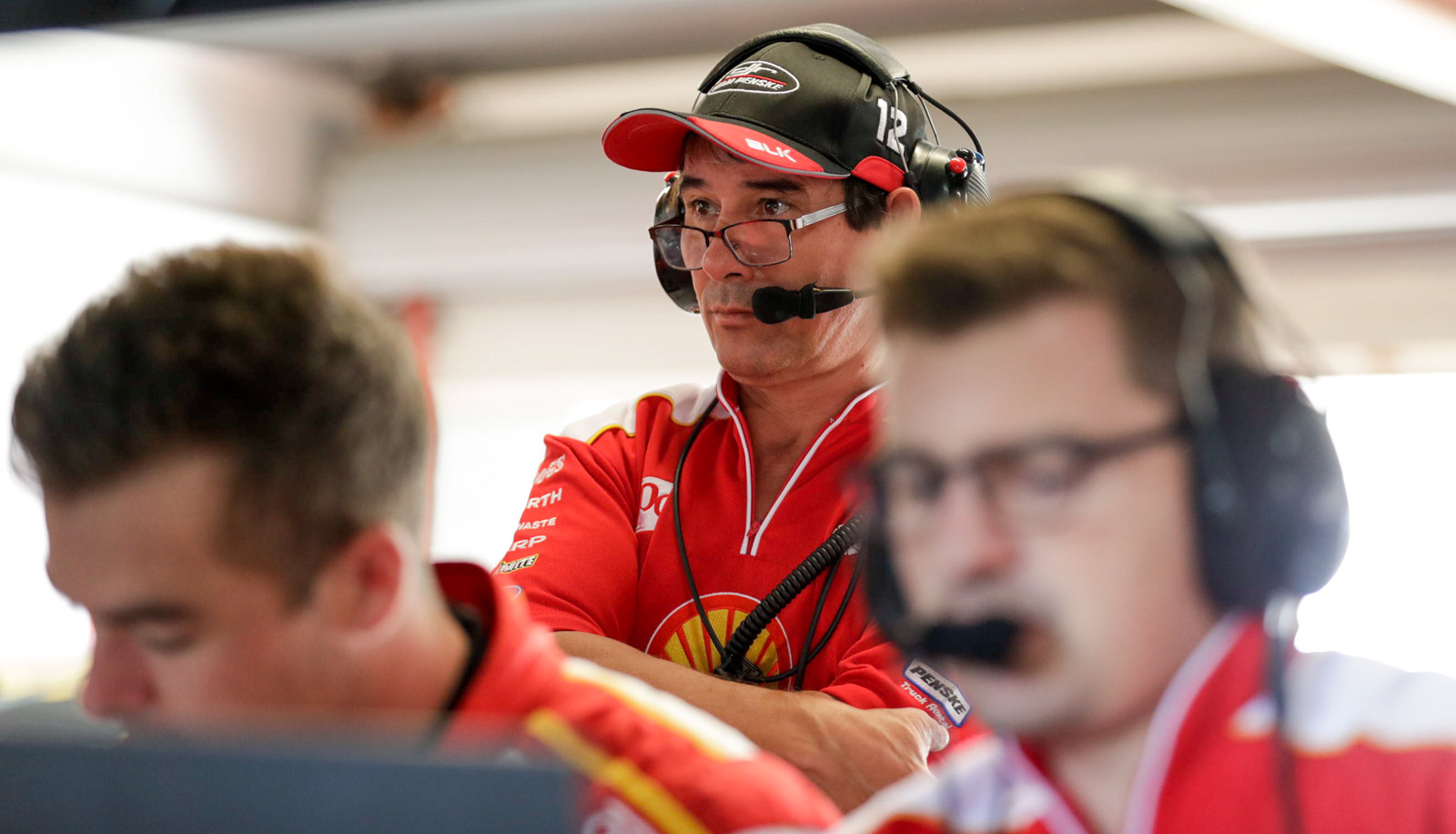 Stability and strong guidance at the top of its technical department is all that’s needed to turn DJR Team Penske into Supercars winners, believes Ludo Lacroix.

In Part 2 of Supercars.com’s exclusive interview with Lacroix, the Frenchman gives a detailed assessment of the squad and where it must head in order to improve.

Despite the resources of American powerhouse Penske, the team has endured a rough first two seasons in the Australian category.

After an inaugural campaign hampered by a decision to run just a single entry and the shock early exit of Marcos Ambrose, the team expanded to two cars in 2016.

A recruitment drive brought with it an influx of engineers from rival squads and flashes of speed throughout the season, but consistency and wins remained elusive.

Signed to take on the newly created role of competition director, Lacroix says the team already has the individual ingredients needed to succeed.

Ludo, what are the main tasks to be done here in order to move the Supercars team forward?

Well we started on 4 January 2017 with a team brainstorming session. It was meant to last two hours but went for nine. The energy and enthusiasm was excellent.

It highlighted to me that there are some really smart people working for DJR Team Penske.

We just need to be absolutely focused and stick to our plan. Hopefully I can bring the experience and guidance required to succeed as a Supercar team.

I want to get the best out of all the excellent people we have at DJR Team Penske.

I'm focusing on building everyone's confidence, getting everyone to work as one team and to believe in themselves and the team.

It is natural for you to play that guiding role, but why engineer Scott McLaughlin’s car? Do you need to be in that role in order to understand the extent of the overall challenge?

First of all, I love engineering a race car, but it is difficult when you’re the technical director which I was at Triple Eight.

Having Nick in that role means I can focus purely on engineering.

I haven’t done a lot of race engineering in Supercars, but I’ve done a lot before. I do love it.

I think the next thing is that what you learn and see at the track is the direction you’re going to ask the team to go.

You are the one on top of the mast looking over and seeing the ground there. The technical director designs the ship to go there.

I think the role of race engineer is capital. The engineer and the driver draw the direction of where the team should go and the technical director and drawing office ensures the team get there.

If you are a bad race engineer you have a different direction every weekend and you don’t go anywhere.

People underestimate the role of a race engineer in my opinion. 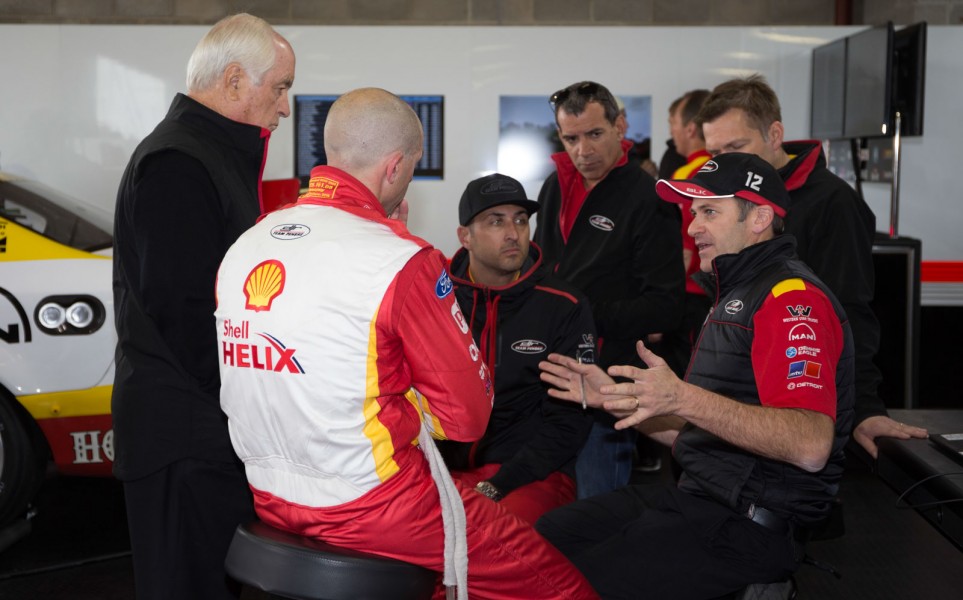 Early last year you said to me that Phil Keed is the benchmark race engineer in this whole category. Was finally being able to work with him an attractive part of the deal?

I’m very pleased to have Phil as a friend to start with. He’s got a lot of energy and it’s about making sure that energy is focussed and going in one direction.

Phil's got fantastic knowledge and as much experience as me in the championship in terms of time, if not a little bit more.

Phil's been with three or four teams so he’s gained a lot of knowledge. Before that he worked on a World Rally Car, so he has vast and broad knowledge. He gives the team a real advantage.

Is looking at Gen2 options part of your role here?

We are concentrating on this year, but at some stage we will have to look at Gen2 and what we are going to do in the future, there is no question.

For this year, what are the expectations? You have only just joined but Penske has now been here for two years without a win…

In doing so we have to position ourselves to compete for the championship.

We need to go racing not hoping to win but thinking that we can win. It’s as simple as that.

We can’t win based on chances, it needs to be based on work.

Do you start the year going to Adelaide thinking you can win?

We need to be able to turn up on Friday and be in the top five and stay there all weekend.

The drivers are a pretty important factor in this. What are your impressions of Scotty?

From the outside, very good, and from the inside it’s even better.

I’ve looked at him for the last three years and talked about him to other people for a long time.

Now on the inside it’s even brighter and better. I am very pleased to have someone like Scotty on board. He’s a genuine talent and a genuinely good person.

There is a lot new in this program. You, Scotty and I’m sure a lot of parts that have been under development for a while. What impact does the new tyre have amongst all that?

There is no doubt that the tyres are fairly different. It will require a lot of tweaking and tuning, but the basics of the car are the same.

You need good power, good handling, steering and good feedback from the damper to the driver.

We need to have all the rest sorted as well as understanding the tyre, which will require different camber, different toe, different shocks… there’s a lot on the table.

But good engineers and good teams are usually quicker to get to the pointy end and the others follow.

I’m sure with the people we have we should get to the pointy end sooner rather than later.

I look at the parts here and see that the parts are well made, they are good pieces of engineering.

As time goes on we may change something because we have all the capacity in-house. The things we are changing right now are set-up and understanding.

It’s very early days, but there are good things on the car so I am very confident that we will go fast at some stage. 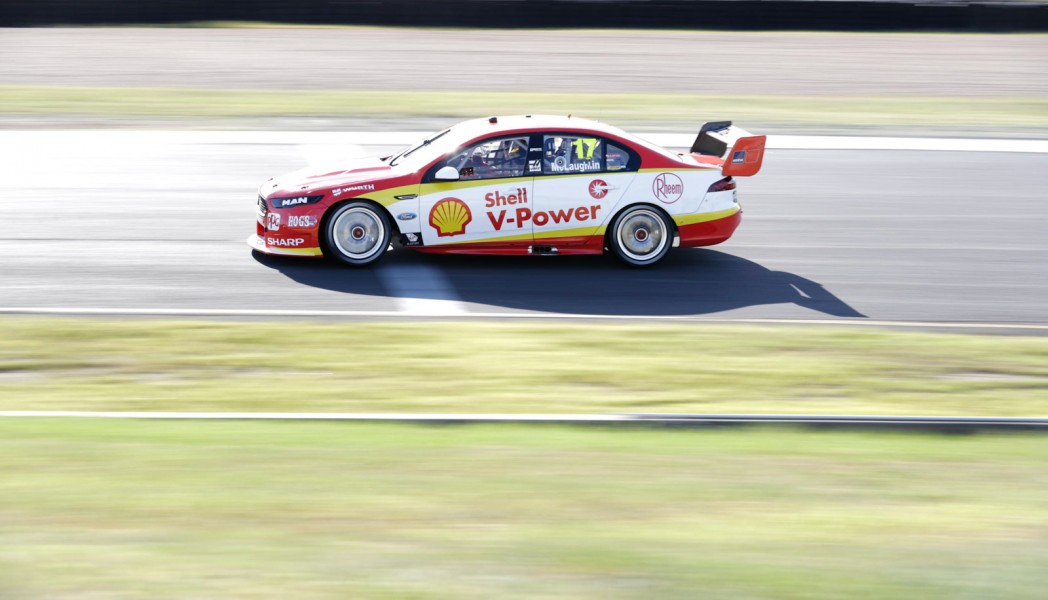 You mention self-sufficiency. Does that include the resources that are available to you in the United States?

At this stage we are trying to be self-sufficient in-house, but obviously Team Penske is about 450 people and it’d be silly not to tap into the quality people there.

That’s the beauty of having three or four different types of racing. What’s learned over there can sometimes be transferred to us and vice-versa.

I think we will slowly tap into their knowledge as much as possible.

There is so much talent at Penske. You don’t win all those IndyCar and NASCAR races by accident. The depth of knowledge and understanding, we are tapping into it.

Do you see any similarities between what you experienced in Triple Eight’s first couple of Supercars seasons to what Penske has gone through?

Yes, probably. The biggest problem for Penske in Australia has been instability. From the outside, that’s my opinion.

Triple Eight was like that for a while. But Triple Eight turned it around and was winning races within 18 months.

Triple Eight made mistakes, but the team had one person guiding the whole show technically and that kept the team focused.

I think that’s what has been missing a little bit here. But that's the past. We have a good team and are putting in place systems and plans that will see us win races.