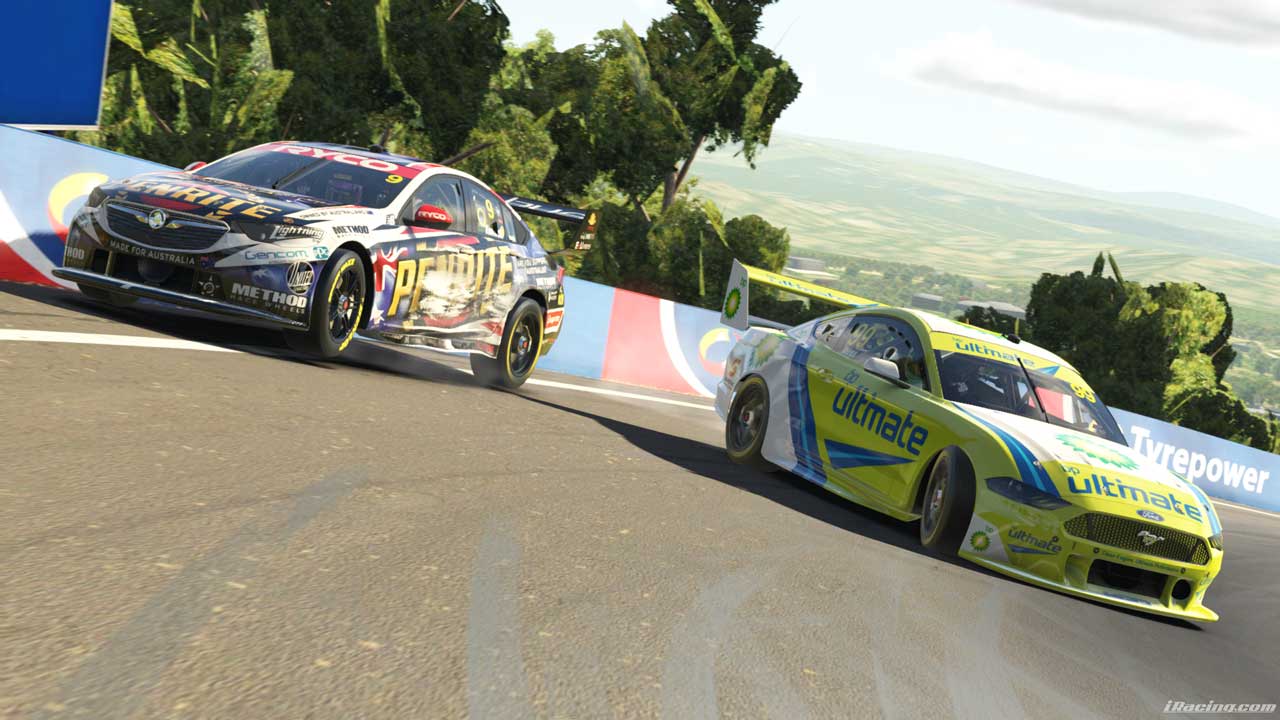 Having starred in two wildcard appearances in the BP All Stars Eseries earlier this year, Brodie Kostecki found it tough going against the Pros.

The Penrite Racing co-driver was a late addition to the Round 3 field for the Repco Supercars Pro Eseries at Bathurst on Tuesday night.

He’d tackled Bathurst as a wildcard in the All Stars Series, where he battled for victory against Scott McLaughlin and Shane van Gisbergen, scoring two podiums.

On Tuesday night though he qualified 24th and was classified 22nd and 23rd in the respective races, the second of which was a reverse grid.

Even having Anton De Pasquale in his corner as a spotter, inverting their roles from earlier in the year, couldn’t keep Kostecki out of trouble.

“It was a little different this time being back in the Eseries against the full-time sim professionals,” reflected Kostecki.

“We got a late call-up so I got a sim together over a couple of days but that meant I couldn’t put a heap of practice in which hindered qualifying and put us on the back foot from the start.

“In the first race we got a few cars off the start and our pit strategy was pretty good and we made up some time to put us around 13th.

“There was an incident at the Cutting and I was a passenger in a pinball machine, which was really unfortunate after looking good for a position just outside the top 10 which would have been really good from where we started.”

Kostecki lined up third for the reverse grid race and ran strongly in the early stages, before again coming unstuck.

Bizarrely, his Penrite Racing Holden entry didn’t load into the game properly for the second heat, where his car showed up on the broadcast as a pink Ford Mustang.

“I got another good start and we were sitting comfortably in second then on lap two Meyers wanted to have a go at me at the Chase and tagged me and sent me off the track,” he said of the race.

“That put me on the back foot in traffic and with damage so we made the call to pit.

“When we came out of the pits we came into a heap of traffic again and there was contact again which was unfortunate.

“Regardless of results it was good to be back in the sim, represent the team and do some laps at Bathurst.”

Kostecki co-drove with De Pasquale in the Bathurst 1000 last month and has made no secret of his desire to move into the main game full-time.

He’s being mooted as a potential second driver at Penrite should David Reynolds move on, with Will Brown already confirmed to replace DJR-bound De Pasquale.