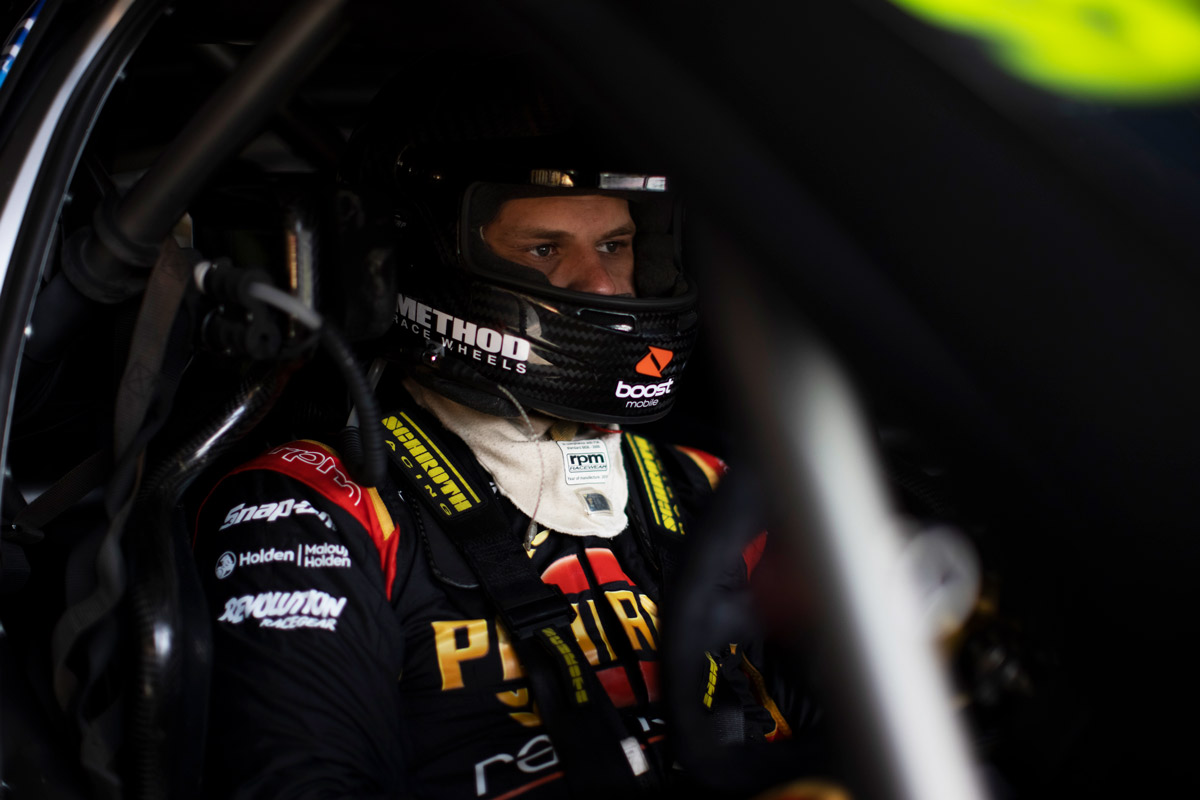 Brodie Kostecki was sorry to see Jamie Whincup crash out of the Supercheap Auto Bathurst 1000, but is making no apologies for racing hard against the category’s stars.

Kostecki found himself in a spirited battle for fourth with Whincup during the second stint of the race, with the Red Bull entry pulling alongside out of Griffins’ Bend on lap 33.

While Kostecki backed out just before the corner to avoid an accident, Whincup was slightly wide of the racing line into the left-hander and slid into the concrete wall.

Out of the race on the spot, Whincup later declared Kostecki had been “playing a tough game and got the better of me”, regretting his own lack of patience.

“I was in a bit of a tricky situation,” Kostecki reflected to Supercars.com, noting the role that the following car of Chaz Mostert played in the battle.

“Obviously, Chaz was right behind, I didn’t want to get ‘trained’ passed, so I had to think pretty smart and try and let Jamie slot in without losing too many spots.

“I gave him about a full car-length gap and he just misjudged it, ran a bit wide and unfortunately tagged the wall.

“I got a chance to speak to him after the race. We just saw each other walking past and he was curious to know how much room he had left.

“Once he realised he had a car-length or so, he was pretty animated with himself. He was pretty bummed about it.

“I felt bad because I don’t want to take anyone out of the race, but at the end of the day it wasn’t my fault.”

Kostecki was involved in a series of hard battles during the day as he fought – often against the primary drivers – with a car down on straightline speed.

That included completing the race’s penultimate stint against the main drivers, amid concerns that De Pasquale would otherwise have exceeded his maximum driving time.

“I tend to race pretty hard. I’ve always been like that,” he said of taking on the stars of the sport.

“At the end of the day it’s just a person sitting inside with a helmet on, I see everybody the same.

“It was good. I’m pretty happy that we came out of it alive. It got pretty hairy there a couple of times.

“I’m super-stoked to get my first Bathurst finish. It was awesome for Barry [Ryan, Penrite Racing CEO] to take the chance on me.”

Kostecki hopes his efforts at Bathurst will help his quest for a full-time Repco Supercars Championship seat in 2021.

“That’s been the goal for me since I stepped into Super2 and that’s still the plan,” he said of joining the main game. “I’ll have to see what happens over Christmas.”