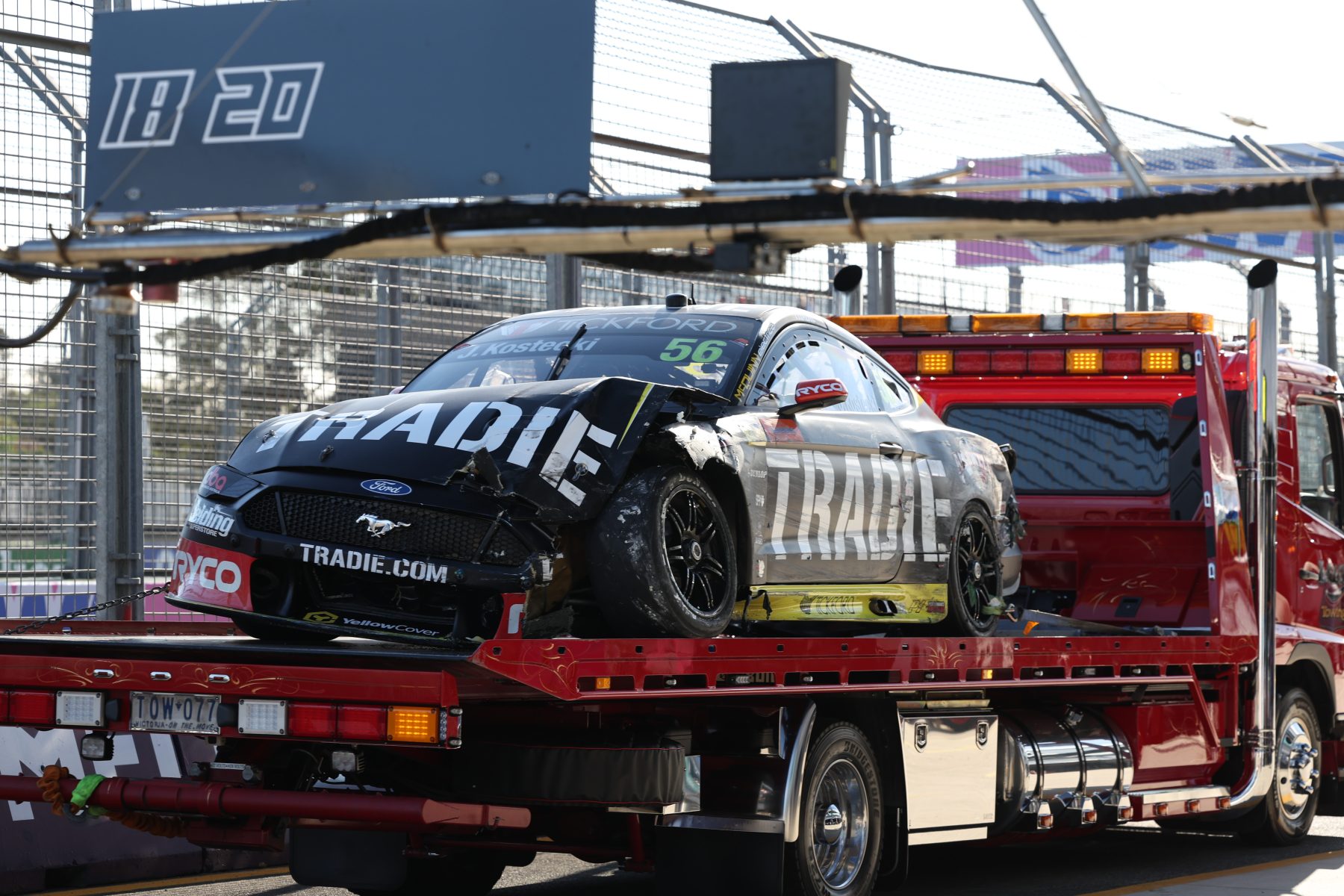 Kostecki crashed heavily at Turn 5 in the first of four ARMOR ALL Qualifying sessions.

The Tickford Racing driver oversteered into the barriers and bounced back onto the racing line.

Cars behind avoided the stricken TRADIE Ford, but the damage had been done.

With the damage to great to return to the following session, Kostecki will be consigned to grid slot No. 25 for Races 6 and 7.

It was the second major incident at Turn 5 on Thursday, with Broc Feeney finding the barriers in Practice 1. 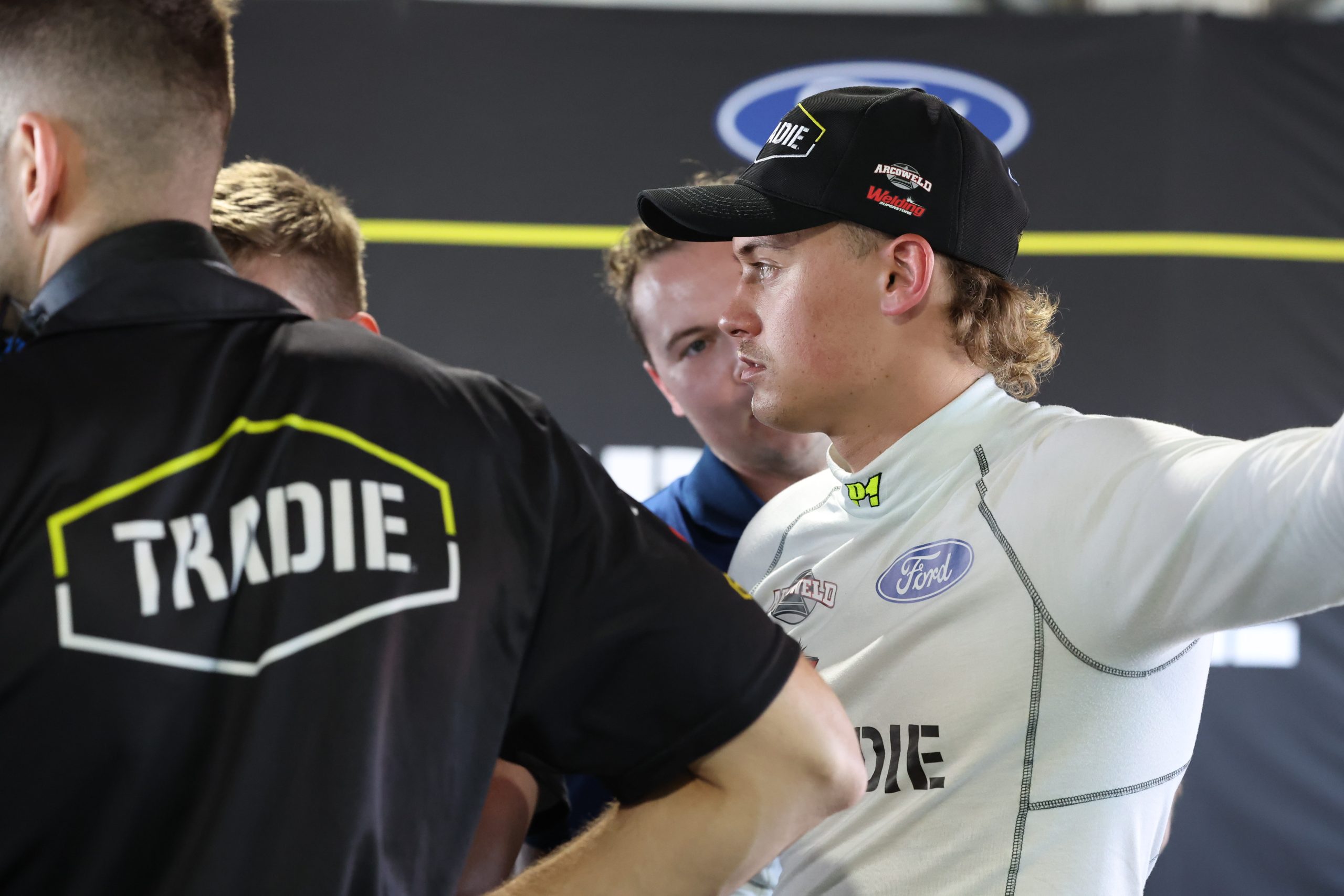 For Kostecki, it was a matter of being unable to wrangle a car which was detuned post-practice.

"I'm okay, I'm just sorry for all of the boys for making a mistake," he said.

"We took a big swing at it for that session, we were pretty pacy in Practice 2.

"We made a big change for qualifying and it made my car really loose.

"Just took a bit too much out of the tyre there."

The stoppage allowed David Reynolds to secure a first pole position since 2019. 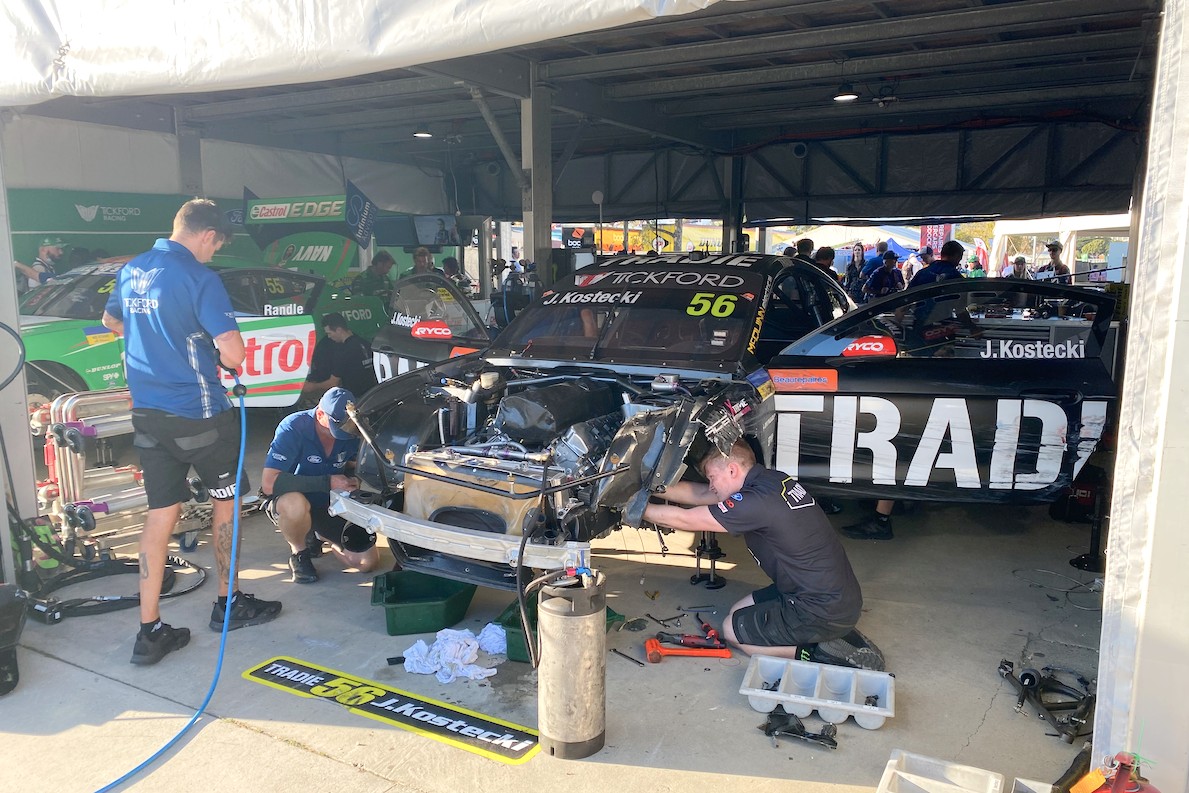 It also prevented points leader Shane van Gisbergen from setting a lap time in the session.

Kostecki lost his fastest lap and will start 25th for Race 6, one position behind van Gisbergen.

While disappointed with the incident, Kostecki was confident his car will be repaired for Friday's action.

"It's a tricky corner, but it's not like it's on the driver," he said.

"You've got to trust the car through there.

"We made a big change for qualifying and it didn't pay off at all.

"It was really loose and that was the end of it."

Cars will return to the track for dual qualifying sessions on Friday morning.