Brodie Kostecki believes he and cousin Jake proved they would not be bullied by veteran rivals during an eventful Penrite Oil Sandown 500.

The rookie Kostecki Brothers Racing wildcard made their mark at the Sandown event, Brodie finishing the primary driver sprint race in eighth and Jake running a genuine fourth throughout the first stint of the 500km enduro.

They ended up 16th after a string of incidents, including Brodie being captured on the telecast gesturing the way of Tickford Racing co-driver Michael Caruso while executing a pass down the pit straight.

The #6 Mustang had been damaged following Turn 4 contact with Jake on lap 36, sparking Caruso’s primary driver Cameron Waters to criticise the Kosteckis as “dumb”.

The bird-flipping moment occurred later, when Brodie expressed his frustration at being held up by Caruso, who was several laps down.

“The Monster car, whoever was driving that at the time was just being a dimwit,” Brodie explained.

“They were just out there to block us, so good on them, blocking a wildcard.”

The Boost Mobile-backed Commodore was under investigation on another two occasions during Jake’s double stint; first for contact with Luke Youlden, and then for a pitlane collision with Chris Pither.

They were cleared of any penalty by the stewards on each occasion. 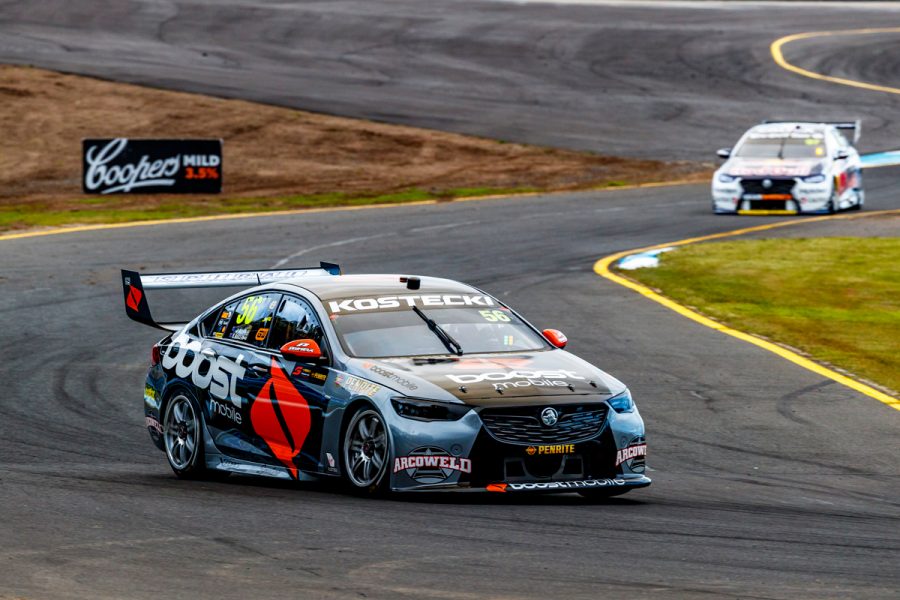 “It was a bit of a funny one,” Brodie said of the incidents.

“Most of them were just because I think being a wildcard and coming in here, people think that they can bully us around or whatever but when the move’s on, the move’s on, so we’re coming in hot no matter what.”

Their Sandown result backed up an 18th and 16th at the Vodafone Gold Coast 600 and rounded out a promising debut PIRTEK Enduro Cup campaign.

“I think we’re pretty happy with our effort,” Brodie said.

“I’m a bit disappointed because Jake got it up to fourth and I got in for my stints and I couldn’t keep it around the top 10 mark which is where I believe the car should have finished.

“So I’m a bit bummed out because of that but all in all it has been a great campaign.

“I have just got to thank Boost Mobile and our family and all of the people that have been with us for a while now, like Penrite and our crew as well.

“It’s been a massive undertaking and a big family effort… we’d love to do it again.”