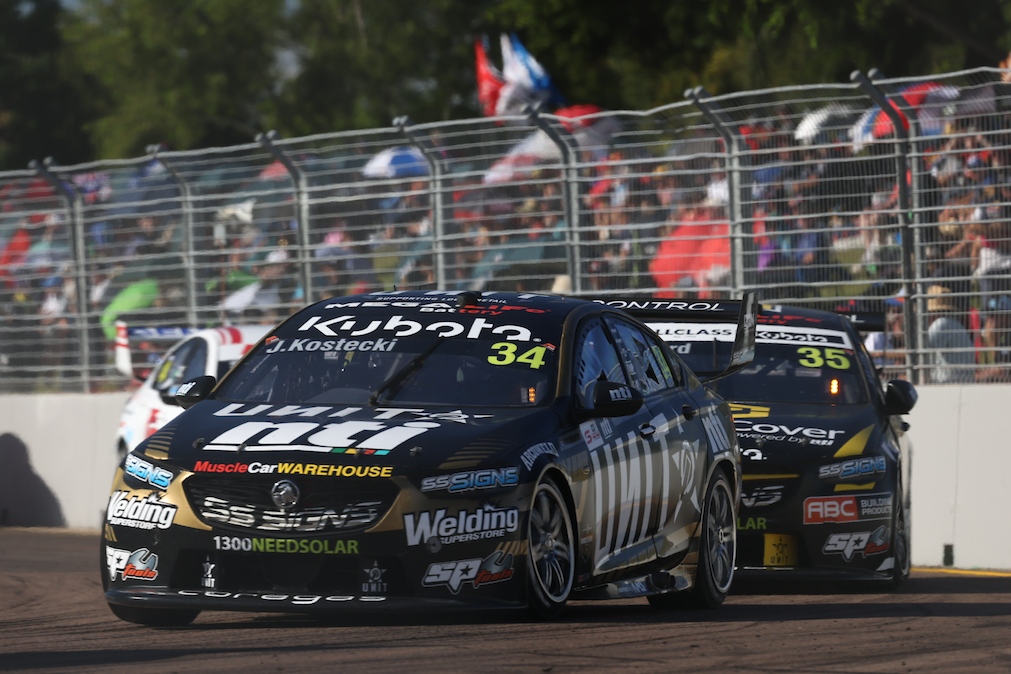 Jake Kostecki has been disqualified from Race 16 at the NTI Townsville 500 over a minimum tyre pressure breach.

It was found that Kostecki, who crossed the line 20th and last of drivers on the lead lap, had breached Rule D17.1.17.

The minimum permitted pressure of a tyre when fitted to a car is 17 psi, which must be achieved at any time the car is on the circuit during any session.

The stewards report reads: "The Team (Matt Stone Racing) acknowledged to the Stewards that the Rule was breached in relation to Car 34 during the reconnaissance lap to the Grid, while on the Grid and at the start of the formation lap.

"The Team sought to have a penalty other than disqualification (which is the Commission’s Recommended Minimum Penalty) applied.

"After hearing the Team and the DRD on the matter, the Stewards decided that the appropriate penalty to be applied is the Recommended Minimum Penalty and disqualified Car 34, Jake Kostecki, from Race 16."

The team was also fined $250 after it was found brake lock mechanism on Kostecki's car was not engaged in compliance with Rule C11.4.2.1 during a pit stop.

Kostecki remains 20th in the points ahead of next weekend's WD-40 Townsville SuperSprint.