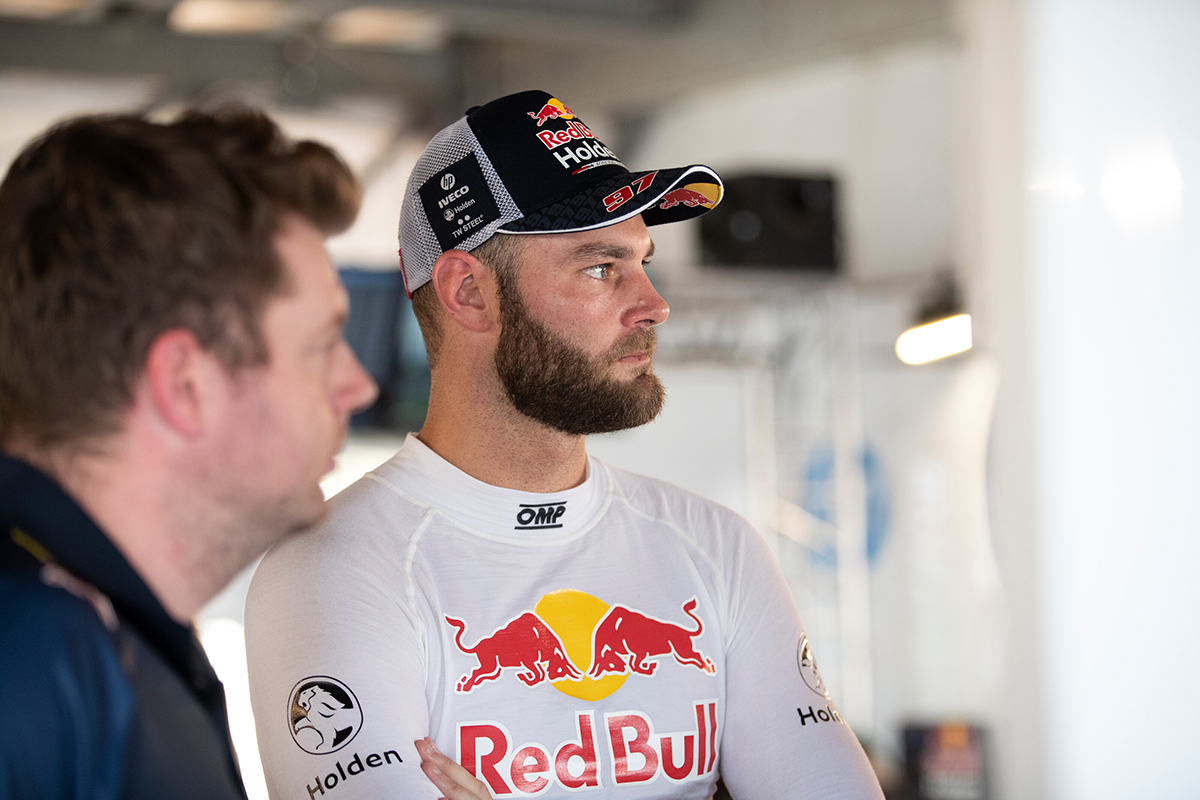 Shane van Gisbergen was battling a braking imbalance early in Sunday’s Beaurepaires Melbourne 400 race, when he clashed with Fabian Coulthard.

Coulthard had attempted to take seventh from van Gisbergen into the Turn 11/12 complex on the second lap; the Red Bull Holden cutting the chicane as a result.

They then ran side-by-side into Turn 13, where van Gisbergen locked up and slid into Coulthard, forcing the Shell Ford down the escape road.

Van Gisbergen eventually crossed the line 13th before being demoted to 22nd due to a 15-second time penalty, while Coulthard was 15th.

Red Bull HRT manager Mark Dutton said that losing a wheel in Saturday evening’s race meant the squad had to do a complete brake change before the finale.

“That was just a knock-on effect,” Dutton said of van Gisbergen’s contact with Coulthard.

“Because we lost the wheel yesterday we had to change more brakes than you otherwise would.

“No warm-ups, new brake rules with maximum usage and things like that mean you are compromising with the rear rotor.

“Usually a set of rear discs and pads will do a whole weekend.

“When you have to put fresh ones on just before a 13-lap sprint, it takes three or four laps – maybe around here two to three – to get normal balance back, and that caught us out.

“That's no one else's issue, that's ours. You've still got to do drive to that. But for sure, the compounding effects of failures were hurting us on that car.” 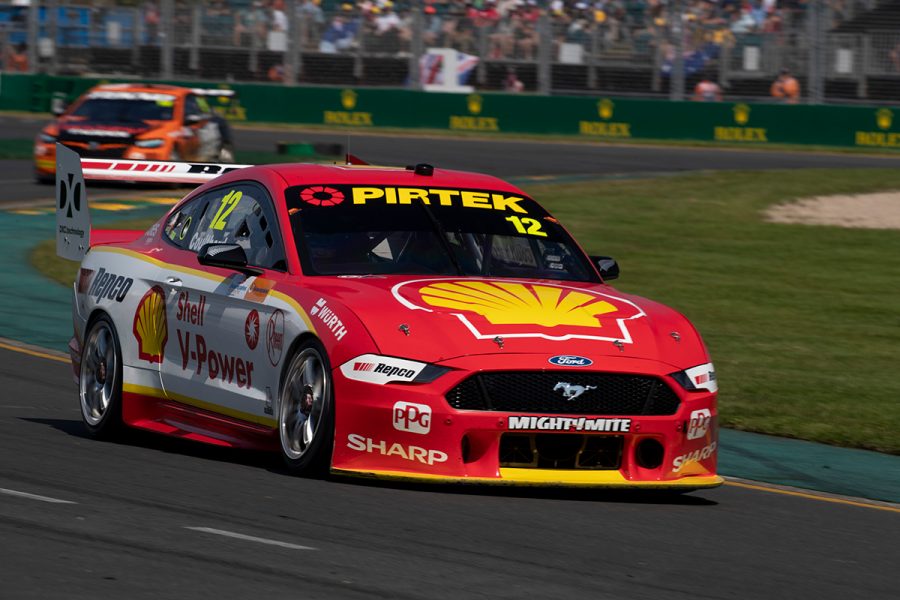 While van Gisbergen declined a television interview post-race, he explained his side of the story to Coulthard, who had not realised his fellow Kiwi locked up before the contact.

Coulthard said of the incident: “A little bit disappointing, we're going to be in with a good battle with Shane all year and I expected a little bit more from him.

“I went and saw him afterwards, he explained his dramas that he had, I didn't realise he was all locked up and out of control by the time he hit me.”

Coulthard remained unsure whether van Gisbergen had been trying to give the position back into Turn 13, because of his shortcut at the previous turn.

“I wasn't sure what happened there,” Coulthard continued.

“I was more worried about the contact later on, it looked like he had rolled out of the throttle after he took the shortcut of Turn 12 and then we were sort of side-by-side.

“He didn't let me go or I hadn't let him go, it's a little bit of an unknown, you'll have to ask him about that.”

Coulthard is sixth in the standings after two events, 130 points adrift of leader and team-mate Scott McLaughlin.